At the risk of behaving like a grandma thrusting grandkids pics, can I show you what My Guy has been up to?

Te Papa, our national museum in Wellington, opened a 10-year interactive exhibition called Our Space last September. For months prior to the opening, they collected photographs from all over New Zealand, it appears mainly by targeting Flickr sites, and Ben's was among them.

We went to see it last week. Ben remained typically, (disappointing for me,) cool, not even making himself known to the staff with whom he's communicated over a year. Most of his photos are of Nelson, but he had some of Auckland, Wellington and Dunedin as well. 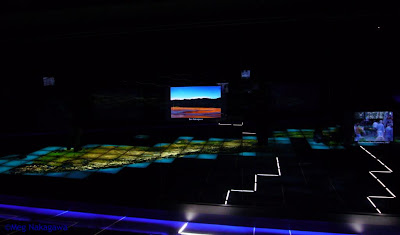 On the floor of the main room is an aerial map of New Zealand. When we step on a particular area/square, a photograph or video from the region shows up on a screen and a white light connects the square on the floor and the screen for the region. To change the photo, we must step off the square and step back on again, and our friend Trish repeated this about 50 times for us. 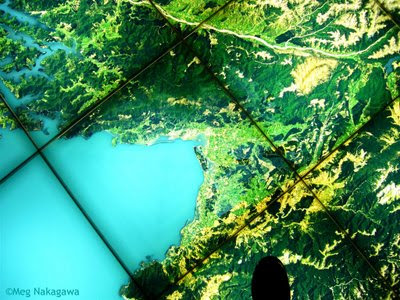 In another part, there are touch screen monitors where we can search for photographs by subjects, regions, or photographers, and then enlarge a particular photo. Many of Ben's photos come from our Nelson Daily Photo. 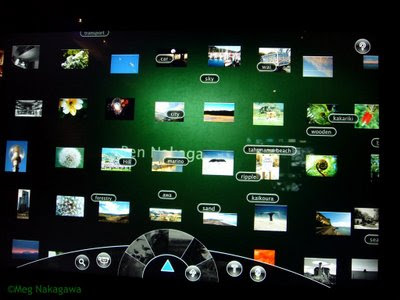 And this is our nephew during a short holiday in Whangarei in January 2009. He and his brother had never seen a horse in real life until about half an hour before this. 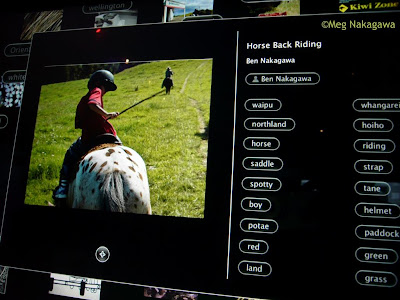 One wall in this smaller room is a big screen and we can transfer the photos on our monitor to the big screen. Here's when we loaded a bunch of Ben's; you can move the red square around at bottom right to get a feel of the wall. 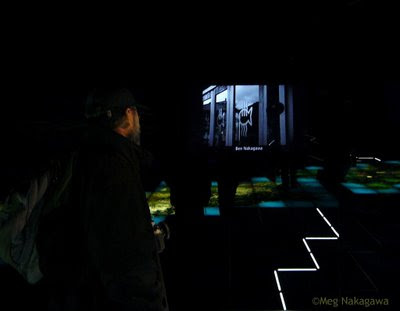