Or So I Thought

We've been having productive days and blob out days. We did finish stacking the first lot of wood, touched up the paint on the house, had another photo session one overcast morning, (it got darker and darker,) and I finished threading the long-awaited navy blue merino and got overwhelmingly underwhelming samples. It's been so hot I've had no garden time, which I honestly miss, and a couple of toms and zucchinis are flowering and bearing fruits in seedling mix. And then Ben installed Windows 10 on my laptop, which has been causing a variety of intermittent problems, most annoyingly off-and-on Wifi. All First World problems.

I feel so unmotivated except to weave the navy pieces. But I must make up two parcels to post, go see Andrea at the Suter, make up my mind about my pop-up shop, ring for the second lot of firewood, stack them, get a skip again and throw out rubbish, clean the house occasionally, et cetera. I keep thinking I have "two months" before I go to Japan, but in fact it's 42 days, so I need to get a bit more move on.

In the past, I almost never contacted anyone in Japan, cousins, former colleagues, let alone my convent school classmates with whom I haven't had any contact since July 1974. Part of it was of course I was often home for a reason, weddings, births, deaths and old parents. In fact in the first 21 years I had dinner with one former colleague, and saw three cousins who visited Mom after Dad died. But the main reason is I have been and still am totally embarrassed about my weight and how unsophisticated my life is compared to how I remember everybody else to be. And I dress shabbily because all I do nowadays are weeding and weaving, not to mention Nelson is casual to begin with, even for New Zealand, while my friends are cosmopolitan career women in the main.

Facebook makes you think differently. I have been contacting a few former colleagues, (many around my age, give or take five years,) and even classmates, to meet up. And what I'm being told is most everybody is available because they have finished raising kids, and many are retired. Not having kids and having switched life "codes", I hadn't noticed that we are reaching a milestone of life. I'm looking forward to seeing them. 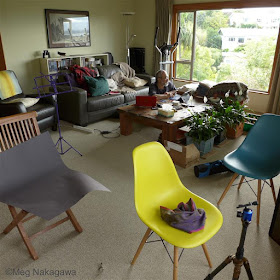 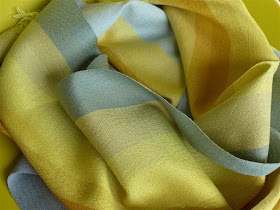 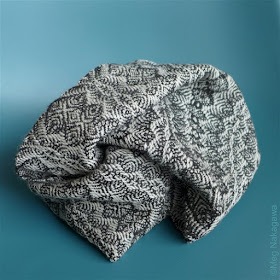 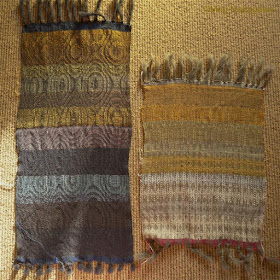 And then the sample. I don't know why I was so underwhelmed but I was. It's been tricky balancing the warp size, EPI, different weft sizes and floats. I worked on the draft all day today and came up with two workable drafts, though. 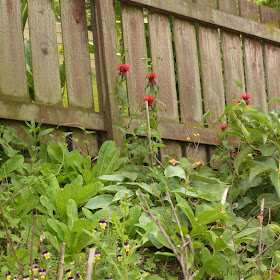 After we pruned a big camellia tree rather severely, I've put in a mix of sun- and shade-lovers. This is usually my white hellebore and violet area, and relatively weed-free, but this year there are bergamots, as in Earl Gray tea, for the first time, and the overcrowded lettuce-like leaves at the left are teasels, which need to be spread out more in the autumn if possible. 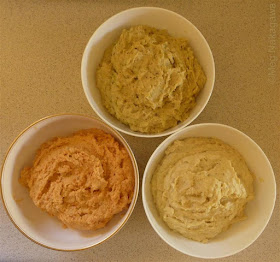