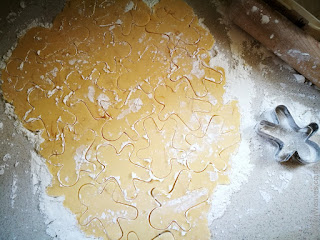 Day 14+7+86+20, December 22. 56 Delta cases in Auckland, Waikato, Bay of Plenty, Taranaki, Lakes, and Hutt Valley, near Wellington, linked to the Lakes case. Not even Nelson paper mentions Nelson's Covid these days so the "latest" numbers stay at 0 new/23 from this outbreak/15 active/8 recovered/0 in hospital. None in the rest of the South Island. Omicron: 6 new, total 28, one released. 76% of population and 91% over 12 double-jabbed.
I'm going to take a break from Covid news tonight because, goodness, there is a lot. Except to tell you, in case you were worried, the twice-negative-tested person with a child voluntarily returned to the Managed Isolation facility. Both parent and child were tested upon return. And did you see? Sweden has microchips that can be embedded under human skin to be used as vax passes. 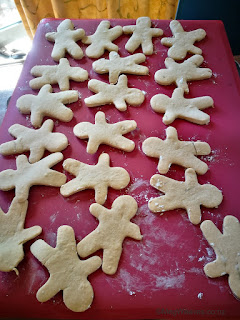 Today I made cookie cutter cookies for the first time in... 45 years. And I remembered I was always bad at this. On top of that, today was another super hot day, and I didn't get started early enough; and on top of that, the counter where I cut the cookies is right next to oven. And my red silicone baking sheets are so warped, they are not suitable for these guys. But these taste great, so that's a relief. It has lime peels in it, and smells dreamy, but if I were to make these again, I'll chop the peels smaller.
The plan was to make icing with either lime juice or diluted orange flower water, but I don't know, are these guys worth icing? They are also rather sweet without the icing. And I don't remember these being so time-consuming. 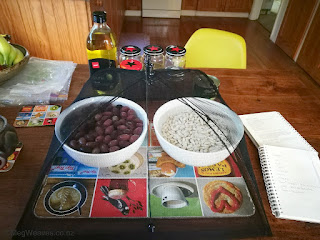 Day 14+7+86+21 December 23. 56 in Auckland, Waikato, Bay of Plenty, Lakes, Taranaki, and Tairawhiti. Nelson and the rest of the South Island: nada. Omicron cases, all at the border, 3; total 31, one case released. 76% of population and 91% over 12 double-jabbed.
Nelson Marlborough District Health Board recommends we keep a Covid kit of food and hygiene products at home, or while travelling, so there is no panic in case we need testing. (After testing we are prohibited from leaving home or accommodation until we get results.) The kit suggestion includes lemons - no explanation. :-D Although Bloomfield repeats often that testing is free, apparently this is not always true; e.g. an asymptomatic close contact may be required to pay $140, but may be refunded if the result is positive. I think the message is, ring the 0800 number first and see if they tell you to get tested.
Today was so, so hot and sunny, but we went into town because Ben was expecting a bill in the PO Box, and as long as he was going, I wanted to pick up a few things so I can finish some project, as well as a few exotic ingredients in case we get inspired to cook something a little out of the ordinary.
There is a good reason we usually stay home between, oh, the 20th and Christmas Eve. We have been known to loiter late on Christmas Eve in supermarkets, but days leading up to Christmas, no! The road and parking lots are busy, people are in a hurry, and, well, you get the picture. We made it to the craft store, the PO Box, two specialist food stores, two supermarkets, and the petrol station, but we skipped the rest.
For a few years, I've given plants I propagated to close friends, and delivering them on Christmas Eve became Ben and my ritual. Some years I decorated the pots, other years I did something or rather with cards or ribbons. Usually, it didn't involve any elaborate plans.
This year, Option One barely survived; Option Two didn't look as good as I expected, and Option Three finally started to grow in the last few days, but are still a little too little. I was in mini panic this afternoon, but hey, it's been an unusual year, so why not prepare something nice and deliver them whenever the plants are ready, right?
And remember the tiny chocolates I was going to give the milkie and courier folks? I didn't get my act together there, either, so the chocs are still sitting in the living room. Well, I'll make up to them in good time, also.
Tomorrow, there is a bit of cooking to do. I'd better get up early so I can use the oven before it gets too hot. 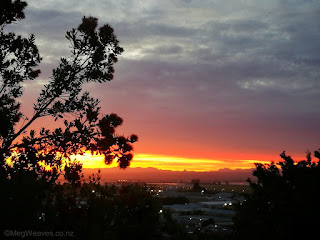 Day 14+7+86+22, December 24. 62 in Auckland, Waikato, Bay of Plenty, Rotorua, and one case in Christchurch, someone who travelled from Auckland on Monday. Nelson Mail hasn't had a Covid numbers article in several days, but Ben says the Ministry website says we have nine active cases. One death in hospital in Auckland; 50th in Aotearoa NZ. New Omicron cases, 7; total 38 cases. (Did this jump while I looked away for a couple of days?) 77% of population and 91% over 12 double-jabbed.
A screening of the new Spider Man film in Rotorua is among the new locations of interest. An unvaxed Belfast doctor practicing near Rotorua had a shipment of Ivermectin for his patients confiscated by Medsafe, our medical regulatory body. Sadly, his was among 905 referred to Medsafe this year, compared to 13 last year.
If tonight is a special night for you and yours, I wish you a peaceful night. If it's another Friday, have a relaxing weekend. 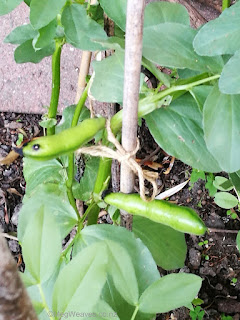 Day 14+7+86+23, December 25. There were no updates from the government today, and no reading. We spent a lovely afternoon/evening with friends including some young folks. I didn't take any pictures; I was too busy talking and listening and eating. And taking a tour on a properly loved Kiwi garden with so much veg and fruit trees. Oh, my, the fruit trees!
This is ours, though. We tasted one this morning, just a little too early. 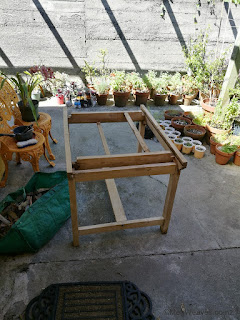 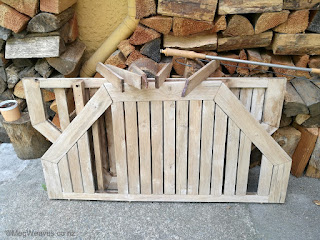 Day 14+7+86+24, December 26. Today's numbers are for the last two days. 126 in Auckland, Waikato, Bay of Plenty, Taranaki, Waikato, Northland. None in Nelson or the rest of the South Island. New Omicron cases 7 new, 45 total, one case released. 77% of population and 91% over 12 double-jabbed. And of course there is very little press activity.
Yesterday I thought friends had a new outdoor table, but in fact Mother and Son had given it a good spa treatment. So today Ben got working on his outdoor coffee bean roasting table/courier pickup/drop off point. After reading the fine print, it transpired he has to leave it for a fortnight after applying this agent, but weather being dry and slightly windy, we might cheat and oil after a week's wait. 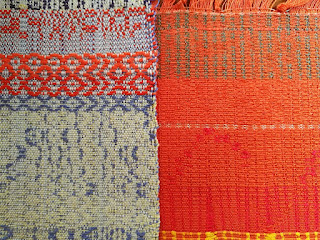 Day 14+7+86+25 December 27. 34 in Auckland, Waikato, Bay of Plenty, Lakes, and Canterbury, South Island, linked to a previous case. None in Nelson. No surprises in wastewater anywhere. Omicron cases, all at the border, 4 new; 49 total identified; one case released. (I bet there are more by now.) 77% of population and 91% over 12 double-jabbed.
Ben started working on the table early, and told me it's hot and humid, with only the occasional cool breeze. He didn't think I'd last long outside, (I was planning to move bulbs out of clay pots and herbs growing in ice cream containers in them,) and suggested I weave. With Christmas finished, we're practically in January, and I'm falling way behind in the project if I am to weave what I had in mind in November, a project that takes nearly a week just to thread.
I cut off another sample yesterday and washed, but I'm still not happy with the sett, so I chastely rethreaded this afternoon. Tonight, though, as I checked the math, it needs rethreading, again. The project is, what's that expression, loosing its shine, so I'm in head-down-bum-up mode, and much remains undecided. 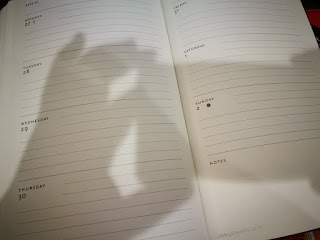 Day 14+7+86+26, December 28. 18 in Auckland, Waikato, Bay of Plenty, Rotorua; 0 in Nelson or the rest of the South Island, but a new location of interest in Canterbury. One death in hospital. The low case numbers do not necessarily reflect few cases, but fewer people getting tested, and fewer test centers remaining open this time of year. There are 1334 active Delta cases. Omicron cases, all at the border, 5 new, 54 in all, one case announced released. 77% of population and 91% over 12 double-jabbed.
It was the same last year. I didn't have a problem knowing the days of the week even though Ben was home every day, thanks to our home milk delivery. It's the years I'm confused about. I remember having to rush home to Japan for the month of August 2019 to clean out Mom's apartment after she suddenly went into care. And looking back, what good timing for her to move, because not six months later, Diamond Princess full of Covid cases arrived at the port of Yokohama, my home town.
In Aotearoa NZ, we went into Level 4 lockdown the first time on March 26, 2020, and came out to Level 1 on June 9, 2020, which allowed us to get back to near-Pre-Covid normal within the nation's borders. For those of us outside Auckland and Wellington, this continued until August 18, 2021 when we went into two weeks of Level 4, a week of Level 3, interminable Level 2, and now this traffic light system akin to Level 1.5 with whatever rules you like, up to you.
Late last year, I couldn't remember much about the year 2020, as if the whole year was washed out, but 2019 clearly. These last few weeks I kept thinking we're at the end of 2022; 2019 and 2020 are all mixed up, and 2021 has been erased from my consciousness. Confused? So am I.
We had rain today, bringing lovely cool air; I read most of the day.
Meg at 12/28/2021 08:53:00 PM
Share