The First Week of Octobers

In 2006 I was in Randy Darwall's workshop. In 2007 I was in Wellington for the opening of Re:fine. In 2008 I was struggling with my first shadow weave on the table loom, while thinking of drafts for my fine cottons. I was frustrated with my lack of productivity, yet feeling happier and sensing good things happening in the air.

The first week of October 2009 was spent wondering if my medication was working, and if it is, was I unable or unwilling to be productive; pondering my diminished capacity and wondering if I had settled into a comfortable lazy rut, feeling half frustrated, half paralyzed. I felt trapped inside my house, anxious to be seen white I tended my horribly neglected so-called garden.

But frustration is good; that is where my hope lies. Yesterday I thought of taking up Italian again. I think good things are coming my way. 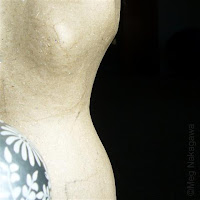