A week ago, Annie came bearing more gifts. Sorry, I had to have a taste before I took the picture. I love that she makes her goodies with less sugar than called for, leaving the fruits' natural tanginess. 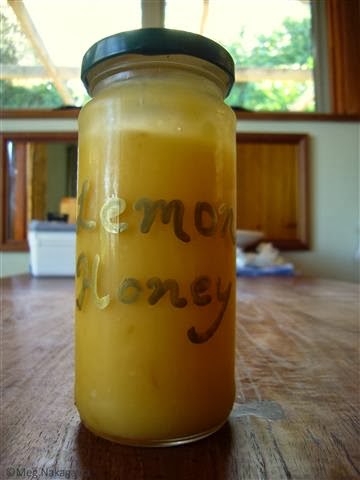 Over six hours, we took her first piece off the rigid heddle, (it's a wearable-art sort of a scarf,) discussed finishes, fringed, wet-finished, pressed and left it to dry. Then she planned her second piece, I made a calculation mistake, (forgot to halve the number of time a yarn went around one inch!) I gave her enough hints so she could come up with her numbers, she selected warp colors and we arranged and rearranged the balls/cones while we ate lunch, she started measuring the warps, in six colors, made the final arrangement while measuring the warp, I noticed my calculation mistake in time and she forgave me, and we put the warp on the loom.

It is a rigid heddle loom, but we made and put on the warp the traditional way, so she can dress any loom, but later we discussed the method that was in her booklet.

I meant to take a picture of her and the new warp and the first piece, but we were quite engrossed in the work, and I forgot. So sorry.


I really enjoyed the two sessions I had with Annie, and getting to know her, talking about weaving and textiles and seeing a young intelligent person get excited about our craft. But she is moving to Wellington before the end of the month so we'll have to catch up when I get up there or when she visits her folks down here.

Still, I'm not sure about me teaching. I really panicked when I realized my mistake, and I hate teaching new weavers the wrong thing to start with! 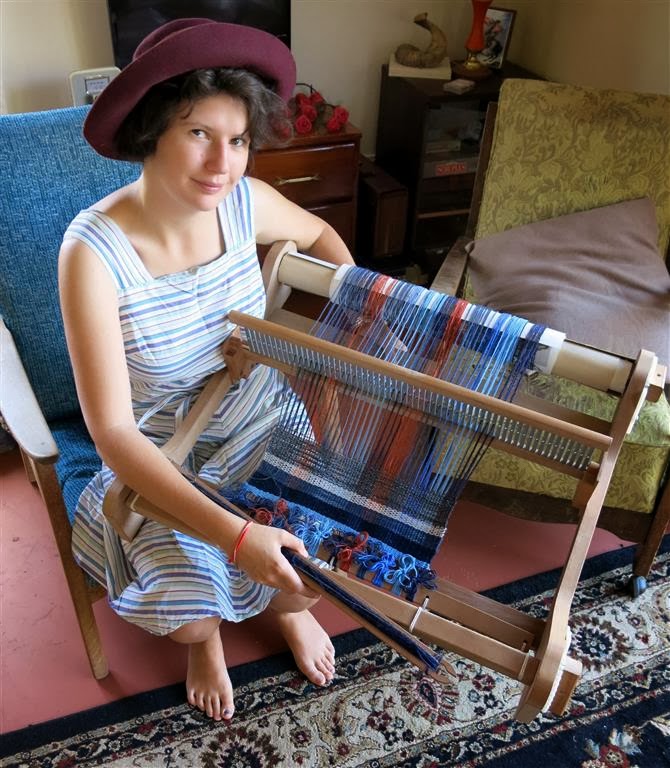 EDIT: Annie and her new warp, courtesy of Annie and her photographer. Right now she is "figuring out whether I want to go loud or subtle and how the colours change with one another." Fabulous.

The pièce de résistance mentioned yesterday is this resist/indigo-dyed cloth from, I think, somewhere in Japan, but I could be wrong. For ages I wanted to do exactly this, (our bedroom was painted indigo mere weeks after we moved in,) but later I had this idea we had to have a curtain rod matching the rest of the house so I didn't get around to it. Ben thought I might want it made into a proper Roman blind but the cloth is thick and quite a bit longer than what yo see and I didn't want it cut. 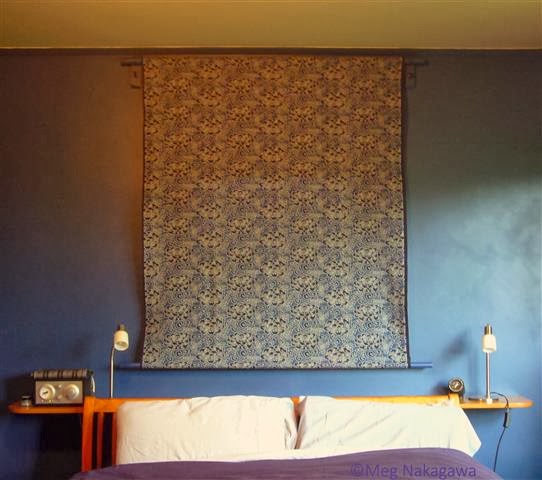 So I devised a simple plan. We bought wood and clips, Ben cut and painted them, I made the casings, and we hung it. We can't open it easily to let light in when we want to read in bed weekend mornings, (the lower dowel clips on to the bottom pair of ... clips, still the cloth still covers over half of the window,) but it will provide extra insulation in the winter.

The cloth is not warped but too much steam-pressing on a smallish ironing board and being draped over said board to dry during a humid weekend made the edges extra wavy. The cloth and dowels are likely to come down for Ben to touch up the paint work and for me to loosen the bottom casing, and move up the top casing so more of the cloth will show. We're still deliberating.

But we are pleased with homey look, not just the cloth but the homey way we hung it, I think, especially when the the big window shade on the right is down and the reading lights are on. (The pale blue pillow cases look bluer then, too.)

I am so sick of not weaving I'm going to make at least one warp today. I'll worry about such trivial issues as EPI, width and drafts later, (and predictably regret such a rash move loudly,) and just make it.
Posted by Meg at 2/11/2014 10:10:00 AM