I last saw my Dad a year ago today. Mom was pushing me to get on the taxi, but I ran back to where I can see inside and waved at him, and as usual, seated in his not-so-comfy, as it turned out, chair, he raised his left hand strait up. It was raining so I couldn't see him well, but I saw him beyond the haze in ways one sees someone one knows know well.

He pops up in my brother's dream at regular intervals, his boy, his son, the baby. My sister visits his grave very often but sometimes she texts, "he wasn't home". Mom talks (back) to his picture in her bedroom from time to time. But me, I haven't found a place to go talk to him.

I put on his clothes often enough, I have a picture of him I took during our last family trip fortnight before I got married on the basement wall, I shout things he would have said in dismay when I do something stupid, but I haven't found a way to keep in touch with him, And it all goes back to my not having been empathetic to him during my last stay a year ago when he was still alive. 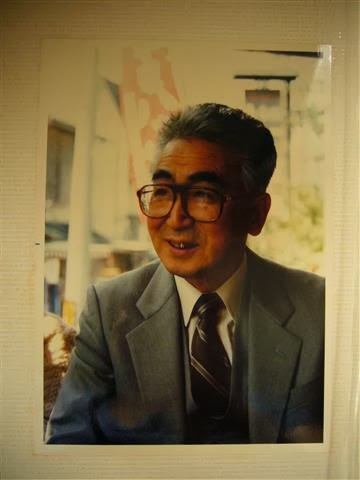 I don't know if he talked about me in the last 25 days in hospital. I haven't got the guts to as Mom. I don't think I was out of the picture completely, but I wasn't nice the last time he texted me, either. We were talking about climate change and he was raging at George W, and though I didn't disagree, I had enough of Dad's rages. I knew time may have been running out and we should have been talking about something else. So I ignored his text. And he resent the same text. And I ignored again. That was the last time I communicated with him; he never texted me again. I don't remember how many days before he passed this was, as I just deleted his texts.