It's been a while since I last felt productive. I haven't sat at my loom for a while and for weeks/months I stared/glared at blank paper in vein.

In class I get physically involved with my media and process; I use fingers/palms/elbows; I pace/sway/flail; sometimes imitate the pose; and I caress the surface of the paper before drawing, and if I like what's developing, then while I draw as well. That's a big part of the fun in class, which I hadn't felt at home, and I knew I needed to bypass my brain and work directly. 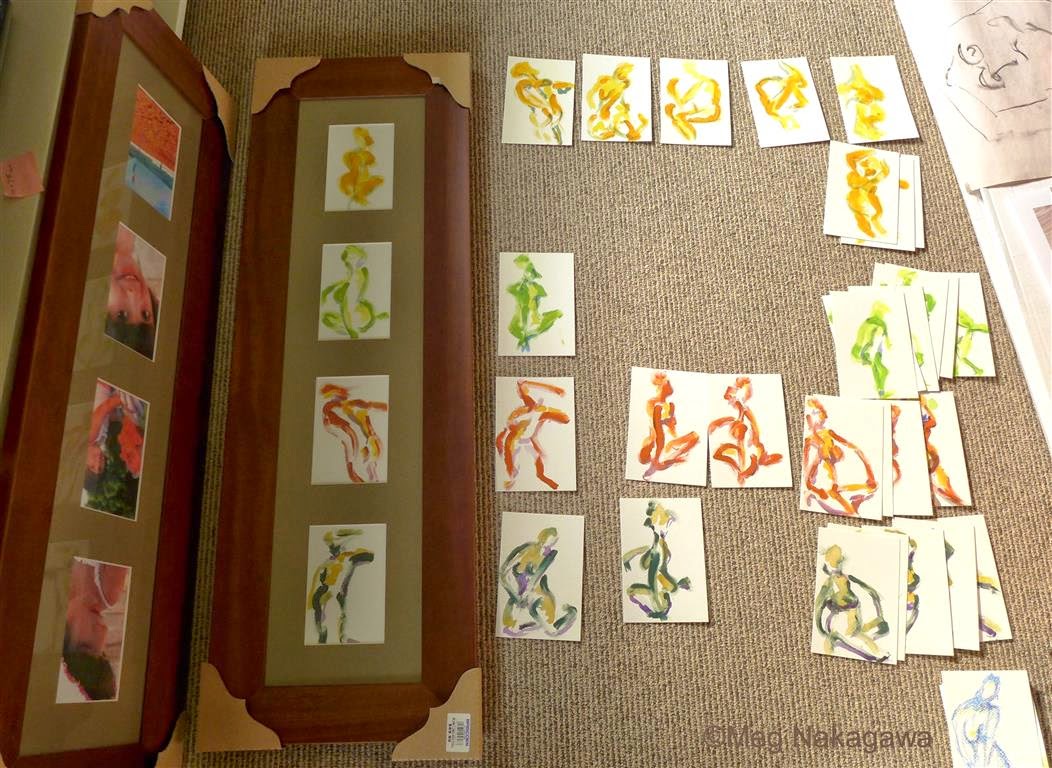 Tuesday morning, I thought of applying watercolor from tubes with my fingers. Finally, something! I copied big gesture drawings on my windows on postcards; there were a few drawings I kept returning to, not all were ones I liked previously, and I enjoyed seeing new things in old drawings. Artistic merit notwithstanding, these little drawings convey my enjoyment of gesture drawings so they represent me well.

I have two frames that take four pieces, and I want four different poses in each frames. The problem is I have one piece I liked in the yellow, two in the light green, four in the brown/orange, and two and a half in the bottom green. (It looks blue but it's a dark blue/gray green.) I used up all the cards so I can't make any more. And in order to create attractive series, I may have to leave out my favorite pieces.

I wanted to add some details with watercolor pencils, but Ben was adamant simpler was better, and knowing my tendencies to fiddle too much in editing, so I decided he was right.

It was a lovely afternoon, a frenzy of trying to see/remember models in these poses. I have to finalize the sets, seal, sign, and frame them properly; tasks far less attractive than making the cards, but I've  at least two things to go on the gallery wall.

Today I did a bunch of admin stuff, spoke to the gallery several times and shot off gazillion emails because I can never get everything done in one smart go, not even in two; spoke to Annabelle; chose three pieces for which I'll have mats cut out, and cleaned, sealed and signed them. (That's the pile with the yellow tissue paper.) And changed the drawings on my windows. 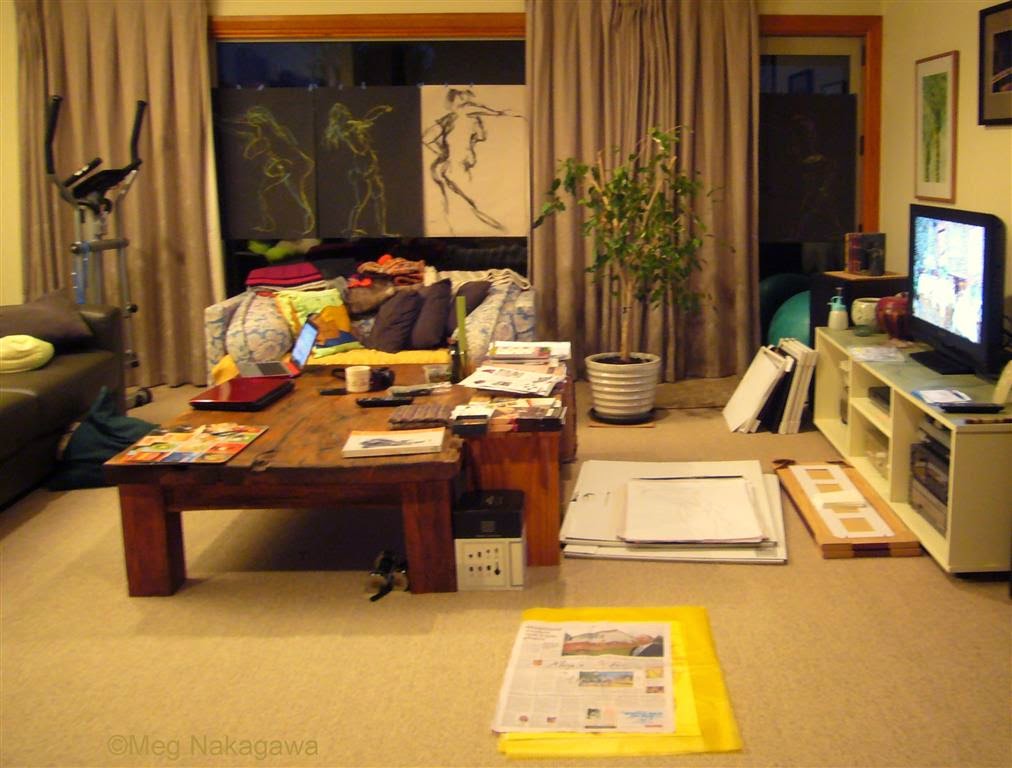 Next stop, the woven ones. And finalizing the postcards. And cleaning more casual pieces, sealing and signing them. And meeting with Sam and Annabelle to cross out more admin stuff. And, golly, discuss pricing.

I went back to the physiotherapist yesterday; not having great luck so she changed my routines. But I found Simon Schama's Power of Art DVDs at Ben's work, so that's what's been on all day.
Posted by Meg at 6/12/2014 06:46:00 PM