During the first half of April, we didn't have a single 24-hour period without rain; sometimes the sky-falling stuff, sometimes the persistent, misty gray version. We've had more since, once or twice enough to obscure our own shrubs, but not continuously. The same fortnight and a bit, I was sick for all but three days; I haven't been sick in bed for longer than four and a half days as long as I can remember.

Then we cleaned, laundered, and cleaned to for visitors. The garden doesn't exist in my conscience right now, and so be it; traditionally I didn't even worry until May. Plus winter came suddenly this year with no Indian summer, so my visitors don't really have a heck of a lot of time for outside. That's the official version, folks!

Mom has been and gone; we talked weaving, she had a go on my big loom, we managed two long walks plus a day in town, but it ten days is a short stay. I went up to Auckland to see her off and had half a day at the newly refurbished Auckland City Art Gallery yesterday. 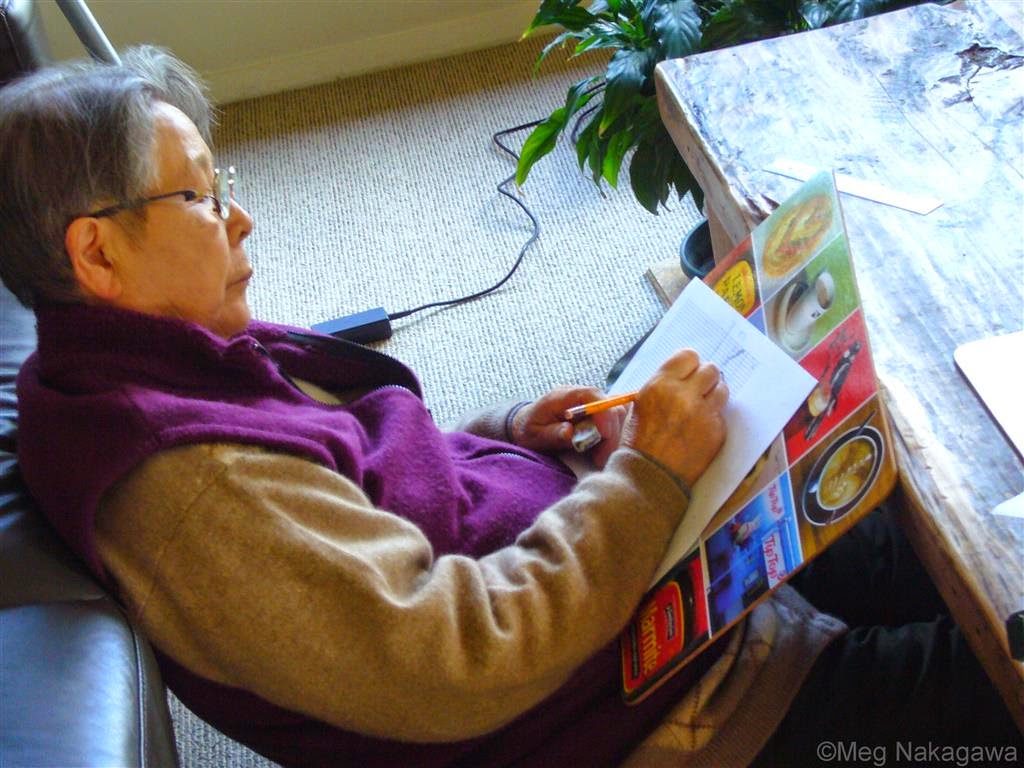 Mom learning to design in the lift plan, as all of her 8-shafts are table looms. 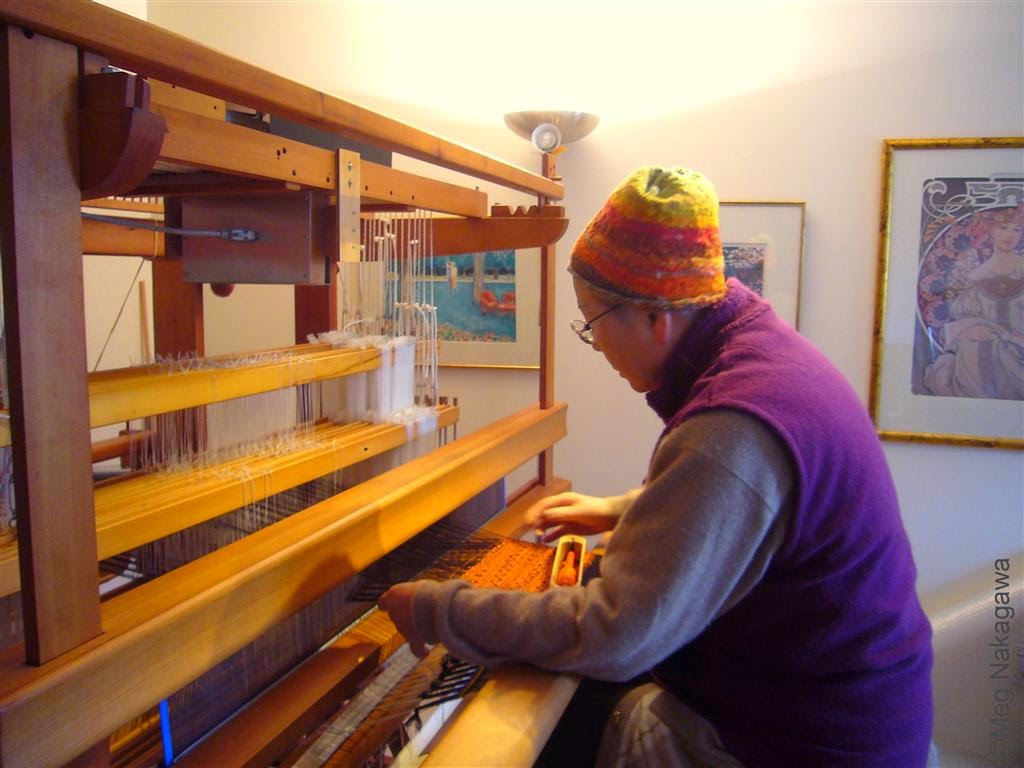 Mom having a go on the big loom; I finished the weaving, we fringed, and she will wash it at home. 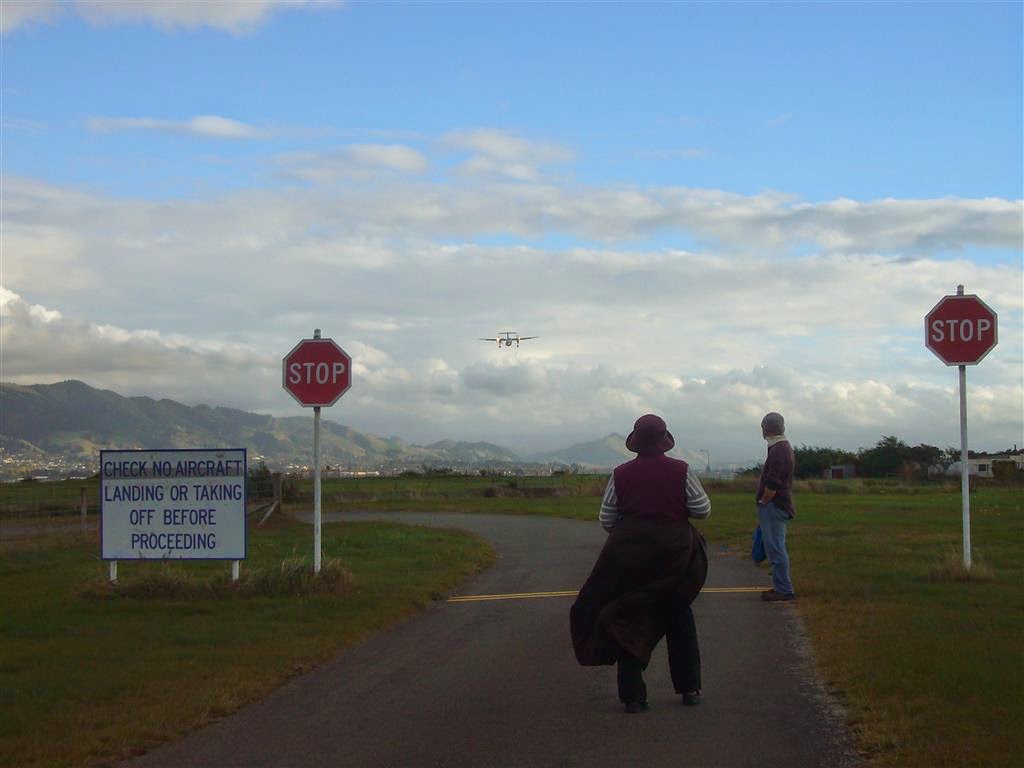 But she is happiest being active outside. 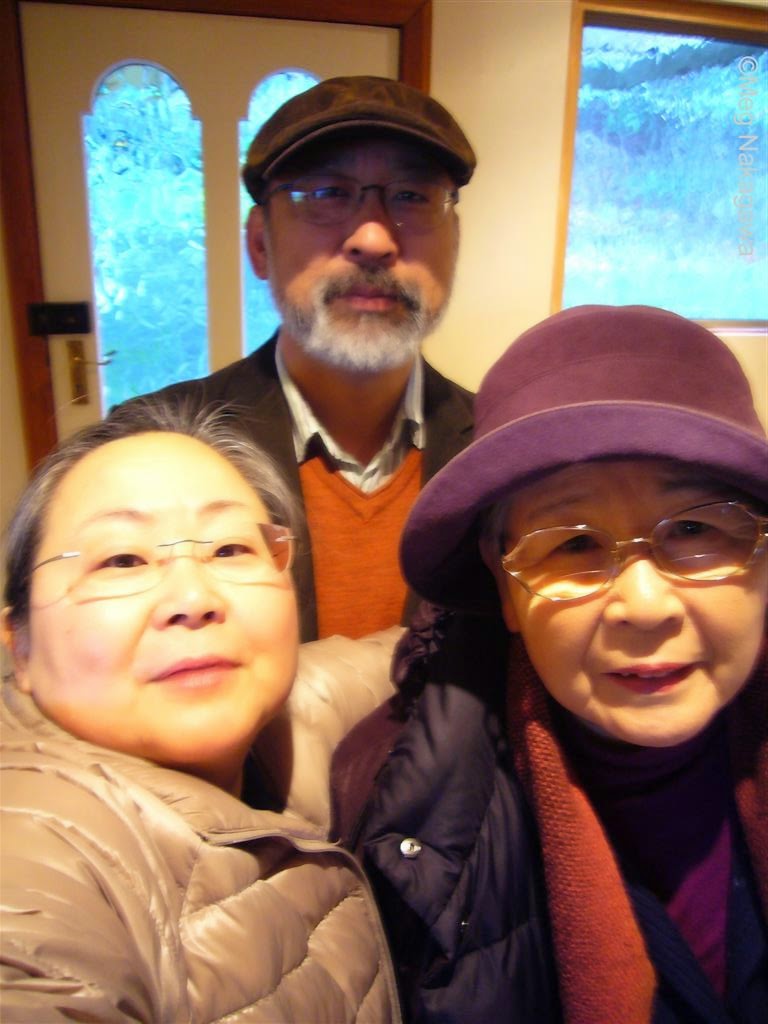 We had our 25th while Mom was here. The next day was my sister's 20th, so we took a groupie to send her.

Mana comes Tuesday and has an even shorter stay, only until late Saturday. Then I might have a chance to catch up with Annie who was in town the same time as Mom; Annie will be passing through Nelson on her way back north.