How I Make a Shawl - Part 5: Switching on the Loom

With some looms, non-dobby foot looms, there is another process called tie-up, but because I am weaving this series on a computer-controlled loom, I don't have to crawl under the loom to connect the treadles (foot pedals) to the shafts according to the weave structure; this is a relatively short and straight-forward process, unless you have not enough room under the loom and need to test your contortionist skills. (I do this when weaving on my Jack loom.)

A computer-controlled loom (which is not a special loom as much as it has lots of extra parts) can read a weave structure designed (or downloaded) on the computer, in a graph-like format called a draft, and decide which shaft/s is/are lifted in what order. 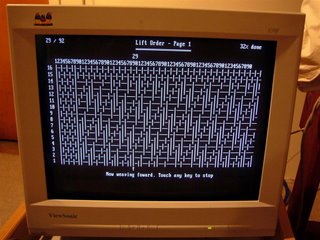 In my case, I needed to switch on the computer, open the program that translates the draft into the lifting order, and select the weave structure I want to sample; 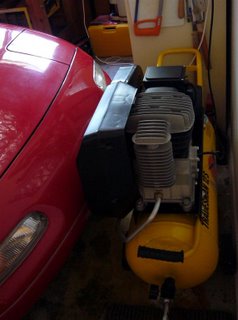 then I switched on the air compressor in the garage to power the physical lifting, (the car is not attached to the compressor; Ben needs to park this close so the garage door can be closed); 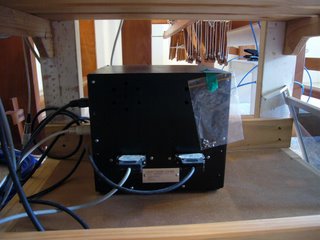 and I switched on the black box which conveys the lifting order to the solenoids. 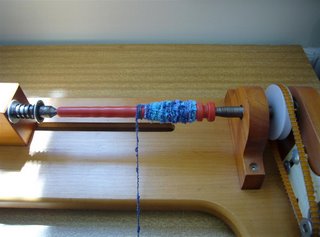 Oh, and I prepared the weft samples by winding them onto pirns that goes into the shuttle. 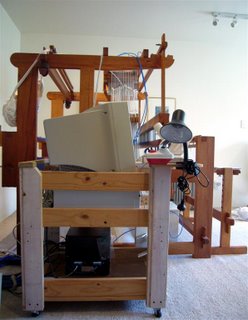