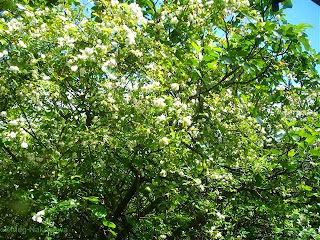 Not in its prime, but was when I came home, the white banksia rose is growing through/around/inside the fig tree as I intended 10+ years ago. It may need to be pruned hard this autumn as when the spring/autumn wind blows, it almost brings down the top half of the fig tree. This year was its best flowing year, and in a certain light on bright spring evenings, it looks like one of Vincent's flowering trees. 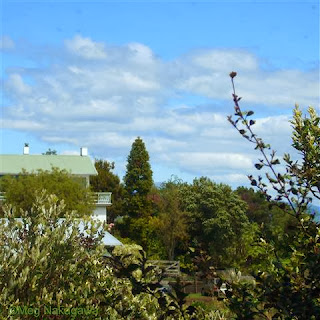 Not South of France, probably not the same species, but again, in certain light and mind frame, I can imagine swirly skies and stars all around right from my living room. From what little I know of trees, this is something like a Douglas Fir. 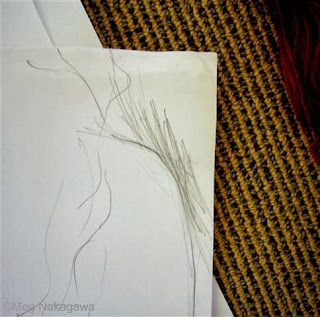 Structural scaffolding and subsequent contouring as shown by Ronette on Friday. 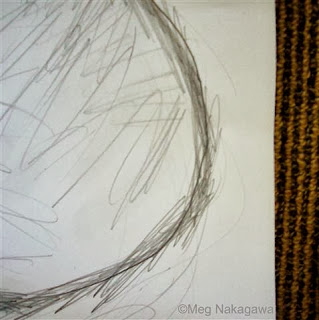 I was aware that on Week 2, I wasn't exactly doing the scaffolding as instructed. 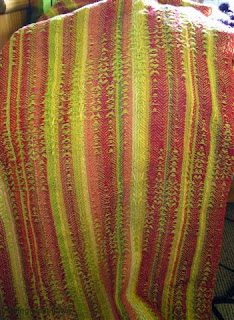 In the exact weft yarn and approximate pattern I had intended all along for this warp but the yellow green wasn't as saturated/blue as I had envisioned in my mind and the resultant Piece 2 is not as brilliantly saturated as I had intended.

Yet, not discouraged; rather, continuously stirred to keep weaving and thinking about color combinations.
Posted by Meg at 10/28/2013 01:54:00 PM