Clean Kitchen and Getting Auwwwwld

It's 7PM on a Saturday of a week Ben had a week off. He's been so busy again this year he couldn't take much time off, so he had to take this week off, goes back to work for two, has another off, then works for four, then has two off over Christmas and New Year. Yikes, I'd rather he had two consecutive weeks off, then worked until Christmas, but who am I to complain after being gone seven months this year, right?

I thought we'd clean the kitchen and do some gardening in addition to going to see films at the Cinema and having long lunches at cafes in town. After all, we had a whole week!! Came last Saturday morning, we got started amazingly promptly in the morning. This is the annual kitchen cleaning that used to take us one day, (alright it about thirteen hours, but everything minus the oven,) except we're doing it for the first time in four and a half years. So, two days - three tops? Ooops, it took us five days with three sick (of it) days in between, and I missed my drawing class on Friday because I was knackered. And we don't understand why it took so long because the oven and the kitchen vent were cleaner than other years because Ben did a bit when I was away in Feb/March!

For now I'm just disgusted with our mental and physical prowess, lack of patience, and how tired we get in the evenings. But Ben may be right; we are getting older and can't stick with things as long as we used to. Meaning, probably we need to rethink how we live, and continue to declutter severely, and instead of annual cleanings, go for semi- or quarterly so each job is not as onerous. That's goes for my work, too.

Every time I stay with my parents, I feel older when I come home as I identify too much with Mom and start to have the same physical complains when I come home and need a while to get back to my "youthful" self. But also true is the fact I can't tell when Mom/Dad/I are/were being lazy vs when we are/were tired. Aging, for me, means trying to trick myself to get as much done when I can, and not worrying about not doing things if/when I'm too tired or ineffective. Easier said than done, but this is how it's felt for the last several years.

The lovely thing about cleaning one's kitchen as opposed to any other room, I feel, is we renew our resolve to live healthily and cook better. Tonight we toyed with the idea of take away, but it's going to be a BIG salad, some rice, and leftover soup.

We didn't rediscover anything we forgot we owned this time; ummmm... well, I confirmed I still had three flower pots baking panetonne, the ingredients for which I bought soon after I came home.

Ben has three weeks off before next year. Do you think cleaning, rewiring and partially repainting the living room and cleaning out the garage and tiny basement storage, plus some gardening, is a bit much on the wish list?? 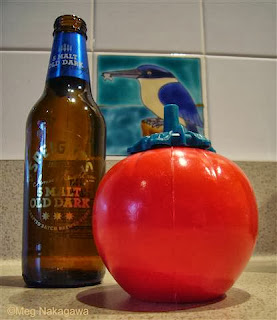