Corresponding with Cally propelled me to behave more weavery, (shouldn't it be weaverly?) not quite all the way to the loom bench, but: a) in reminding me of an idea I've really wanted to work on, with tied weave of some sort, and the idea came more developed than when I left it on the back burner; b) in making me realize I was actually sick of not weaving; and c) in making me work on the pop-up store some more. Even though just four days ago I wasn't feeling it, handling my stuff was nice. As well, I saw one of my wobbly-selvedge culprits; a pale green, (one I call "lime sherbet",) in spite of the label, may have been be thicker or fulled differently from other 2/26s, although this discovery is far from "solving" my technical problems.

But my cashmeres felt bloody marvelous.

I'm hoping to hold two Pop-Up sales, one after the other, the first being mostly mid-sized cashmeres and the second, a Big Old Chunky Wooly sale with lots of with-scale wool pieces. (Can you think of an adjective starting with C I can use for the cashmere sale? Capricious?)

I've been thinking of Pop-Up since I was in Japan in Feb last year. It's a lot of work, (oh, dear me!) but I enjoy the direct interaction with prospective customers. I can sure use some income, and let's face it, being remunerated is one way of validating one's work, and if your work represents your person, then your life, in these modern times.

Early April, Mrs Cady had a significant birthday at the end of their holiday. Dr Cady had hinted it would be fun if we could fly up to the North Island to celebrate. It was a lovely invite, but also expensive; Ben couldn't go but I dithered. I couldn't justify the cost, but I wanted to go because of an exhibition in Auckland, because I'd been so stuck in my making and cities do me good, and I wanted to take part in a significant birthday when normally the Cadys would be surrounded by their many friends and family. So I went. And had a great time.

(The exhibition itself was underwhelming. There were too many genitals and not enough nudes for my taste, if you get my meaning, but the exhibition had a socio-political angle and Thomas at Volume told me to rethink it in that context after I gave an unfavorable report. This exhibition was curated by a Kiwi working in Sydney, from memory, and tours Sydney and Auckland. I couldn't help thinking had the show been intended for larger cities, say, Tokyo, (because exhibitions from Europe usually travel to three large cities in Japan,) Tate might have loaned works with a bit more... spark. But as has become the pattern, I had a totally satisfying two days walking around large spaces amidst artworks, many from their permanent collection, and the birthday brunch was lovely.)

Sometime in late-April/early-May, Mom said I should go visit her in the Northern fall rather than the usual February, because we can't go places in February. Trains have stooped somewhere every time I've been home last several Februaries, and I take it she wants to travel with me. I do love winter in Yokohama, but big exhibitions take place in spring and fall there, and goodness me, what do I find but van Gogh and Japan! (Incidentally, while I was focused reading about Vincent's relationship with Gauguin in the second half of last year, there was van Gogh and Gauguin at the same museum. Darn!)

I tried to suss out Ben's opinion on this new plan, and for the first time he expressed concerns with the expense. I never imagined there was anything we don't talk about whenever, and I thought he'd become such a home body he gave up travelling. Not so. It was the money, and my lack of income, (how embarrasing!), his dental work, our increasing medical bills, and rising cost of living.

Then someone reminded me of van Gogh and the Seasons, not in Japan but in Melbourne!

We haven't had a holiday together since 2003 in Scotland and Ireland. We have been to Japan several times together but they involved family illnesses/death so we only had a day here and there. We've been on one or two road trips in New Zealand but they were all connected to my attending workshops, so Ben was on his own during the day.

So we bit the bullet and decided to have a week in Melbourne.

Melbourne is one heck of an attractive city, beautiful, full of places of foody interest, with the CBD/downtown area relatively small and easy to get around either on foot or by public transport. I am drawing a list of art and craft supply shops; Ben, of coffee equipment shops, and both of us specialty bookshops. And our accommodation is near many theaters, I would so love to squeeze in a play. But our main goal is always walking around town, looking at architecture, stopping to refuel, and this trip, Ben will take pictures but I may try some drawing/sketching. And meet up with two sets of friends. Oh, we can't stop talking about Melbourne. And a proper holiday.

I would still like to go to Japan Oct/Nov if at all possible, but we'll play that by ear. There is also a good chance of a road trip down south in November. Ergo, the Pop-Up sales.

And here are some raw, (not in RAW format, but untreated,) pics from today. I'm so out of practice, I had to relearn a few things. Aside from the selvedge, though, I do make nice things, even if there is always room for improvement. 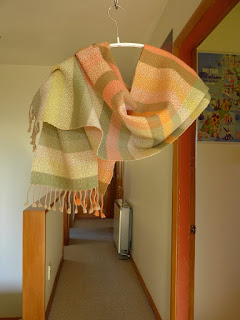 Nowhere in my house makes a good backdrop, but the entrance hallway gets good light in the late morning/early afternoon. I practiced using different white balance settings to capture the truest colors of the pieces. Except colors on the camera's LCD panel are quite different colors from those on the laptop, so... there we have it. 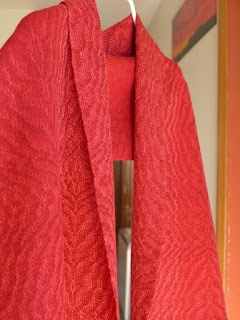 I have four red pieces, the hardest color to capture. 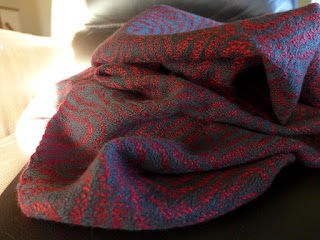 After 2-ish/3-ish only harsh light comes in from the living room. 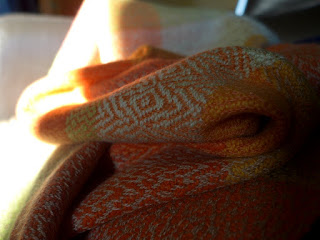 But I liked the dark/light photos today. I might experiment more of this style for detail/moody shots. 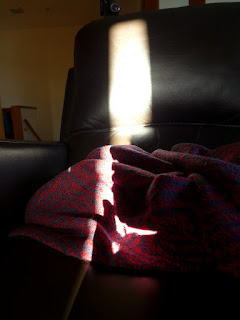