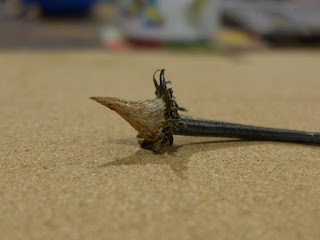 Day 33+3, April 30. It has been a unique month, but it has come to a close, and I'm a smidgen sad to see it go. It has been "comfortable" for me, cocooned at home with Ben, nobody intruding into my tiny sphere, an experience akin to cognitive hibernation. But for many, it hasn't been comfortable nor good, so we must move on to May.

My best friend from high school, Liz, an understated passive-gregarious, lives alone and is having a hard time with lockdown. She keeps posting she misses friends. I can imagine Liz bursting to go out with friends to have a glass of wine, meal, catch a show, or go see her fav, women's basketball. I added more things she might be missing and she liked them so I thought I'd share:

Hugs when you happen to see a friend when you aren't expecting them.
The sudden recognition of a friend's voice in a crowd where you least expect them.
The taste of friends' cooking that's somehow THE best whatever you've ever had.
And when you get the recipes, how they're never quite the same eaten alone at home.
How we never ever see the mess in friends' homes, (but worry incessantly about our own before they come.)
How we replay delicious conversations in our heads after [being] out with friends.
How some things are hilarious only when with friends, and we still laugh, out loud, remembering.
How some scenes with friends become imprinted as if in photographs.
And how friends, and we, remain at the age when you first met them. (Even when we talk about their adult kids.)

You may have read New Zealand has "eliminated" Corona, but we haven't "eradicated" it to be sure. Apparently these are epidemiological jargon, with specific definitions. We have "good numbers" is how I see it.

After a sudden arrival of winter in early March, we've had a mild and beautiful Lockdown April. But now winter is upon us. This morning I read a post on a local Facebook group by a mother of a four-months old asking if someone had surplus winter baby clothes. At first I had unkind thoughts about preparedness, but she must just have had the baby when the news was getting around New Zealand Corona is not just Chinese/local. I don't know if she can afford to shop online, but charities appear to be remarkably busy with food distribution. I just hope she connects with someone who can help. And everybody else in need.

I am developing a new kind of rhythm in life, one that is slower, paler, but steadier; it's not what I expected from a global pandemic, but it's not nothing, and I'll stay on track for now. I say this a lot lately, "it's not nothing." this may be my new MO.

The patio job that was supposed to take a couple of hours, I finished after seven over two days, but it's done. And I collected seeds from an echinacea flower, something I forgot I planted, that gave me an unexpected second flower late in the season. 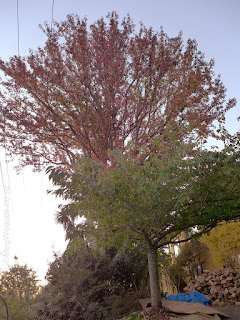 Day 33+4, May 1. Again, less than expected, better than nothing, blah, blah. We are expecting heavy rain for the next three to four days. So I had to sort out Kathryn's wool carpet she recently took out. She wanted a portion, and said I could have the rest, so while she was at work, I spread them all out on her generous driveway, selected pieces to cover her requirement and dragged the rest home.

Under the cherry tree, you can see my latest textile work, a quilt-like installation of small wool carpet pieces. I could not drag them a millimeter more than I had to, ergo my temporary installation. Oh, what do we do with old wool carpets? Weed prevention; they last a few years; we usually hide them with pine bark pieces, etc., but I'm using them on the slope under the apple trees, so not sure how to hide them. .

I was going to show you our lovely liquid maple. It's a bit of a nuisance, the seeds and big leaves dropping into the gutter, but this time of year you can't beat it, and this autumn it's particularly pretty.

I listen to what the Internet/"people" say, because I tend to agree collective wisdom, although oft-diluted, is wise in the first instance. Like blended whiskey has less character but is pleasing to/on more palates/occasions. Which is why I started this "Plague Diary". But I am cogitating two issues:

1) When/how do I terminate a Plague Diary if I don't die of it; does it have to be logical and/or understandable to anyone but me?
2) Should I have a distinct Plague art project, or Plague-something besides the Diary? Shouldn't a global pandemic have some kind of an impact on me as a maker/human being, and aren't I required to show it? I know a lot of artists are posting/publishing their work online, and more will come. Am I a "lesser" maker/person if something fundamental in me/my making doesn't change? Who besides me cares? And when is it due? Oh, dear.
3) OK, three things I'm cogitating; will I suffer irreparably if I miss out on a good Plague and don't produce anything from this period?

That I'm thinking like this tells me even I am now starting to think post-Plague. 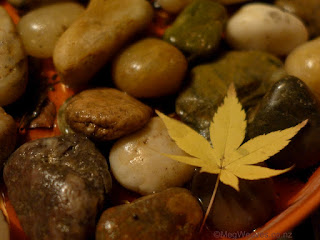 Day 33+5, May 2. Bad weather was forecast, but nothing came today, just gray, misty, and mostly quiet. We didn't do a lot, held our breaths in anticipation, moving pots around and such rather late in the day. I remembered to move the bee drinking fountains, and found a different kind of visitor. Ben says we're going to have crazy rain overnight. 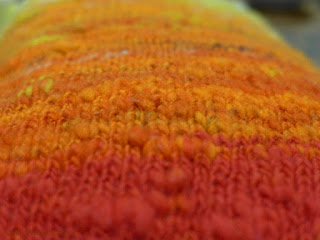 Day 33+6, May 3. Although I'm still spending a lot of time in the kitchen, I have been thinking a little more about making, but only abstractly. I don't know if it's because the name Level 3 sounds less serious, if the occasional absence of the 1PM update gives us the illusion the Plague is... nearing the end, or if I am bored. I was feeling slightly guilty almost enjoying the lockdown, stepping away from the everyday and living in suspended time. Maybe it's good even I am thinking of returning. 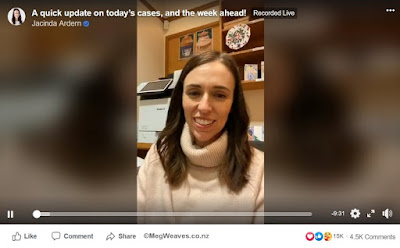 Day 33+7, May 4. Another strange-weather day when the forecast was rain but we had cloud and sun and maybe a few drops. Both of us moved slowly around the house; I did more things with feijoa but Take 3 Chutney may be a colossal failure.

It's been a while since Jacinda graced our screens in the evening. It was a short one, but nice to see her.

After I saw someone else's bread on Facebook, I want to bake bread like never before. But me? White flour?? Slow dough again?? Not sure. We are "not eating" carbohydrate, so... 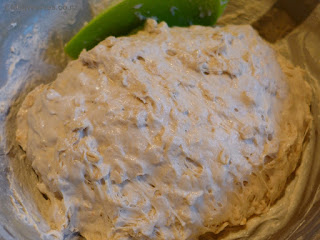 Day 33+8, May 5. (Text and Pic on Day 33+9) It is reckless of me to try and bake bread from memory just because I admire others' lockdown baking pics, especially as if I haven't done it for 30 months. Just checking to see the dry yeast, best before March 2018 as far as I can decipher, was fun. I still remembered how to start a slow dough. It looked and smelled sweet and nostalgic. But turning half into bread dough of an "original" recipe and feeding the other half for more dough without tasting? Not at my skill level. After all the hopes and expectations and overnight rest, for me and the bread dough, I think the flour is rancid. Plus, Feijoa Take 3 was a disaster.

I am getting sick of me, the way I am now, the way I've been. The weird-weather weekend was good for cocooning, but enough. 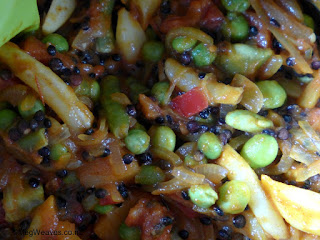 Day 33+9, May 6. Woke up cranky after three days of weird weather cocooning. I could have done stuff inside, or not because it was so dark, but anyway today was sunny and worth getting up early. I had to do something about Feijoa Take 3, (it went into the compost;) the bread dough, (Ben insisted I bake it; he and friends suggested it may not be the flour that's rancid but the old yeast giving it the sharp taste;) and think of dinner in case we weren't going to the supermarket, (we always have something for bean and/or veg curry.)

Because we have a lot of nice homemade chutney, LOL, dinner had to be curry. I am constantly amazed how many meals I can cook without going to the supermarket, without meat/fish, just with ingredients we always have, not the Plague stock but our usual stuff. Today was black lentil and frozen veg curry over riced cauliflower. I'm often surprised how much sharper the spices taste without meat. This was taken before the slow cooking, after which everything turns variations of brown.

I also went outside to weed mid-afternoon and actually finished a small but visually significant section in the northwest quadrant. The more I do, the more I see that needs doing. But, (in unison,) it's not nothing. 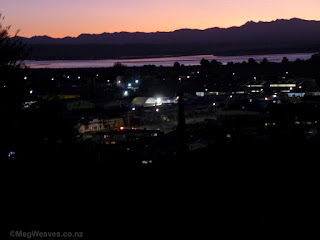 On days I weed in the afternoons, I'm usually in the shower and miss the sunset. Tonight the ridges were clear and very orange, and I stuck my camera out the window when I first heard, and then saw, two fire trucks rushing in the direction of the airport. I didn't see any fire or smoke, but do you see the red dot slightly to the left of the bright light? I could see it very clearly but in the rush, I set the camera on the wrong setting so yo get only the dot. :-D