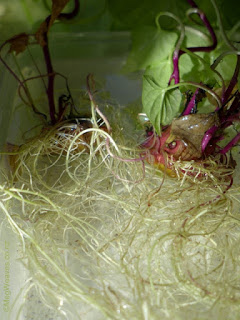 Come hell or high water, I'm going to finish this post tonight. It's a little bitsy because every day this last fortnight, I wrote/added, revised, and deleted, (some days whole other posts,) as my thoughts change from day to day. In part it reflects trying to anchor myself in a big changeable world, as I get back to it. But also because I can't concentrate and stay with one thought; some thoughts seem so urgent and important I must record, until the next day when it appears so trivial.

Passage of time has been inconsistent. On the one hand Monday, March 23, (the day Ben started working at home, which by afternoon turned into Day 1 of Alert Level 2 in a lead up to our full  lockdown,) feels just a wee while ago. In fact it's been two months, or nine weeks minus two days. The measure informing me the true length of time is we were in late summer then, and are definitely in (early) winter now.

In Level 4/full lockdown, we developped a nice rhythm; we got up as per usual, had breakfast; Ben had a shower and dressed as per usual, and was "at" work early, just after 9. We ate lunch late, during/after which we watched the daily 1PM update together, then Ben went back to work until sometime between 6.30 and 7. On the evenings, we watched/read as much news as possible, then went to bed at the usual time.

When we entered Level 2, much around us, but not this house, went back to normal, our schedule become more erratic. For one thing, we never know which days the 1PM updates are held and we lost anchor. Though Ben still goes to work at a more or less regular time, he might have breakfast before work, or mid-morning, or not at all; and I might nibble all morning standing up while cleaning the kitchen instead of a breakfast. Dinner and telly in the evening are our only constant now, and we went back to no news on the telly.

Huge chunks of my day feel interminable. It doesn't help I'm not doing anything specific some days. I could have done anything during long stretches of balmy afternoons, but I either couldn't concentrate or decide. Instead, whole afternoons were spent waiting for dinner/telly/evening.

And you know what? This is exactly what my kind of mild/moderate depression is like. Everything is on hold, I can't decide, so I try to save ideas/thoughts/things all around me for a later date. Life is interminable wait after wait, with the end either just around the corner or nowhere in sight. I'm not kidding. The living room is chock full of unfinished projects, and the mess frustrates me.

I found myself using some of my depression-busting techniques to liven things up, often by way of slow cooking. Must-Do list is good, too: the masks at first, dyeing old clothes either before or after that, and now the weeding. Now I'm stuck with weeding and cleaning the house because they are both massive.

Other days, I sit in one place gazing at the screen, thinking I should do something, at the very least read a book or gaze at pictures, waiting, living in the in-between space, waiting for something to kick start my brain. It can also be the mind being willing but the body not, as if they now live separate lives, neither having anything to do with me.

I'm not depressed. But Level 2 life looks so much like it. I got quite frustrated with the media's mollycoddling with abundance of "it's normal to be depressed during lockdown" articles, because I saw them as catering to only extroverts. But once again, there may be more to them than I too quickly judge.

Shortly before Italy's lockdown, while I desperately hoped we too would lock down soon, I was already there in my mind. During Level 4 and 3, I enthused about being part of this "worldwide" effort. But I was also taken aback by some regions having looser rules, and hoped and prayed my friends would quit doing whatever was outside of our rules.

I was fully engaged with our harsher lockdown. I went to a convent school for ten years, so I can live with strict rules, even if some don't make sense, for a reasonably length. For once, the whole country lived the way I like to live: nobody crashed into my space; the world slowed down, stopped consuming conspicuously, wasted less, and made stuff. Most of all, thoughts turned inward.

You can well imagine I entered Level 2 kicking and screaming. I missed the stricter times terribly. Until I got sick of moaning. And now that we're here, I sometimes catch myself surprised to find some aren't yet.

In Level 2, just because everybody else seems back to normal, I'm not practicing and starting to forget all sorts of preventive measures we learned, and unless there are incoming objects, life inside our house is back to pre-Plague era. I try to remember to wash my hands the correct way at least once a day, but don't disinfect anything except after coming home from the supermarket. I wash our delivered milk bottles with cold water, but no longer rest the egg cartons, nor wash eggs. (Yes, I actually washed raw eggs!) I'm not sure what else we've forgotten.

Even though Ben and I still stay home except for food shopping and PO Box checking, the world around us is starting to behave as if the Plague is over. We're told the numbers are really good, so at this rate next Thursday we'll move on to Alert Level 1, of which we know very little.

I probably said this before: part of me subconsciously waited for  Ben's lockdown, by which I mean a holiday, until a couple of days ago. A lot of folks, blokes, and gals, got a lot of projects done, and while Ben had five days off at Easter, (standard for folks working in education here,) he cancelled his planned annual leave before that, and his life, our lives, have been as usual. All projects were on me, or saved for the weekends. And I feel like I missed out on a good lockdown because "we" did not get anything big finished.

Petrol/gasoline price was the lowest in forever, as you all probably noticed, just when the only place we were allowed to go were supermarkets and pharmacies, and not too often if we could help it. Oh, the irony! Meanwhile food price is already going up, again, here.

There are a lot of industries and businesses complaining loudly about the lockdown and demanding government aid, for e.g. our travel and tourism industries. Of course it's suffering now, and I have sympathies for individuals who lost their jobs, but in the long run, these industries in New Zealand? Give me a break! They might have to do things differently, smarter, more in accordance with the post-Plague sensibilities, but these are not disappearing.

Ditto with the arts. Again, in the immediate future, especially for performance artists, things are/may get dire. Some galleries may close. But can you imagine the stories, poems, films, paintings, sculptures, etc., etc., etc., coming out of an experience like a Plague? Have you got something cooking?

So... stop bitching. Switch your thinking. It could be a most exciting time. 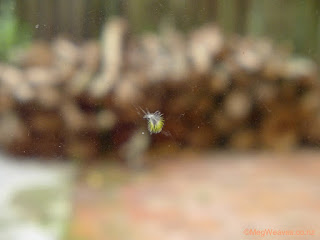