Garden Blitz Day 7, yesterday, we managed to weed the only area of our garden readily visible from the house, for about three hours. It's a small area I work on most often but is in need of longer-term weed-and-Blackbird-and-gravity combating measures. The day started out overcast and cool so it was nice for us, but the soil was bone dry and most weeds broke off, but at least we got the vines growing around other plants off. This is where I've put a lot of purple hellebores and heucheras in the past couple of years; half a dozen heucheras were dug up by a family of blackbirds that nest in our tree, as well as a tiny mandarin tree, but I'm hoping I was able to save two heucheras; the good news is, there were quite a few hellebore babies that self-seeded, and I hope to spread them more evenly next autumn.

GBD8, today was going to be rain. We had some early on and I was looking forward to a gentle, quiet reading day, but from late morning it's been a full-blown Nelson summer day with brilliant sun. And wind. 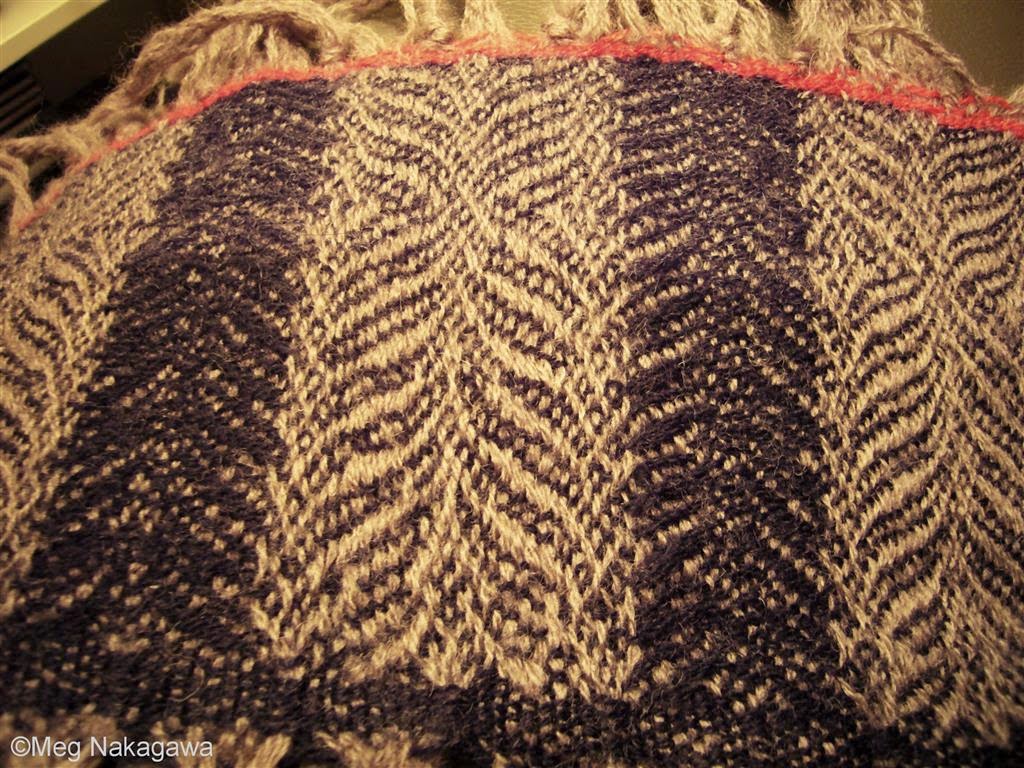 I sampled the rethreaded brown warp, and am not crazy about it. For one thing, if I were rethreading the entire warp, (which I did,) I could have chosen any draft instead of fine-tuning the two-faced twill originally intended to pleat, but I thought too late. But I did think to sample another weft, so I tried a black 100% merino and a gray possum/merino/silk, and the merino part feels better. (The colors in the photo are totally off, because it's directly under a lamp.)

I don't know what's wrong with me but I can't seem to match the number of warp ends in this warp and on the draft; the first one, I had eight leftover; this one I was short five, and I'd like to modify the two sides once again before proceeding.

But heck, this is an itchy, sticky warp. I can't stop scratching my face while working. I remember suspecting this and didn't order a lot, just enough for projects to be used with yarns in my stash. I have another small lovely gray cone, and a bigger navy cone; these colors are wonderful.
Posted by Meg at 11/22/2014 09:07:00 PM