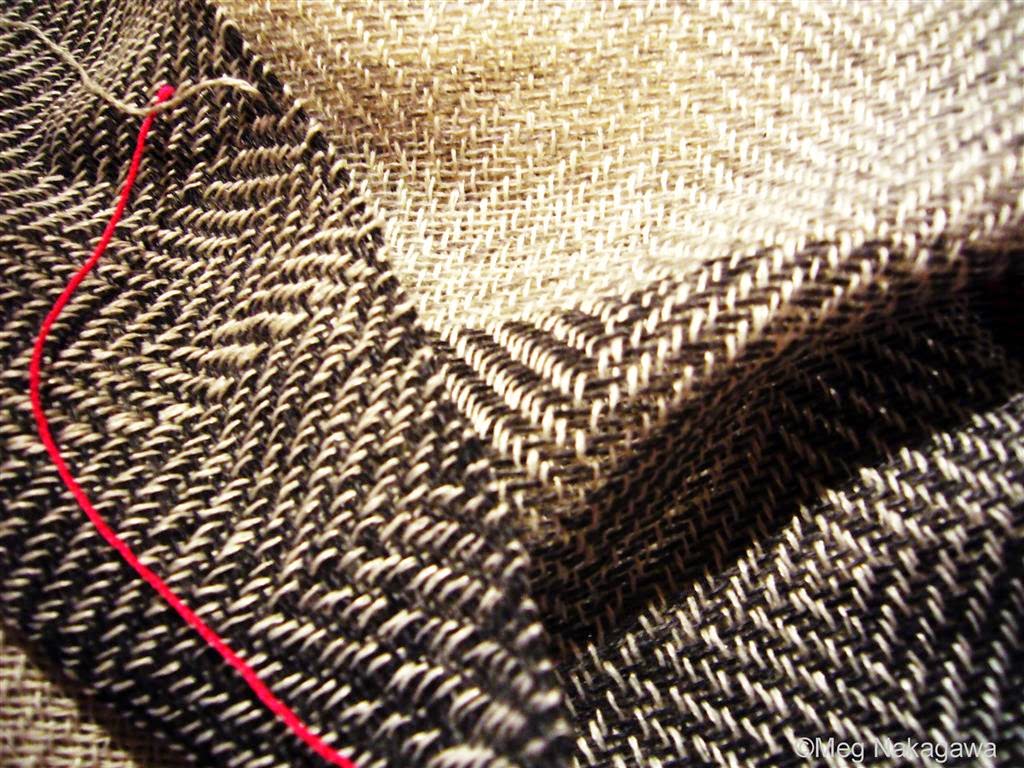 Done. This is the lamented cashmere warp that could not withstand the vigor of the big loom. 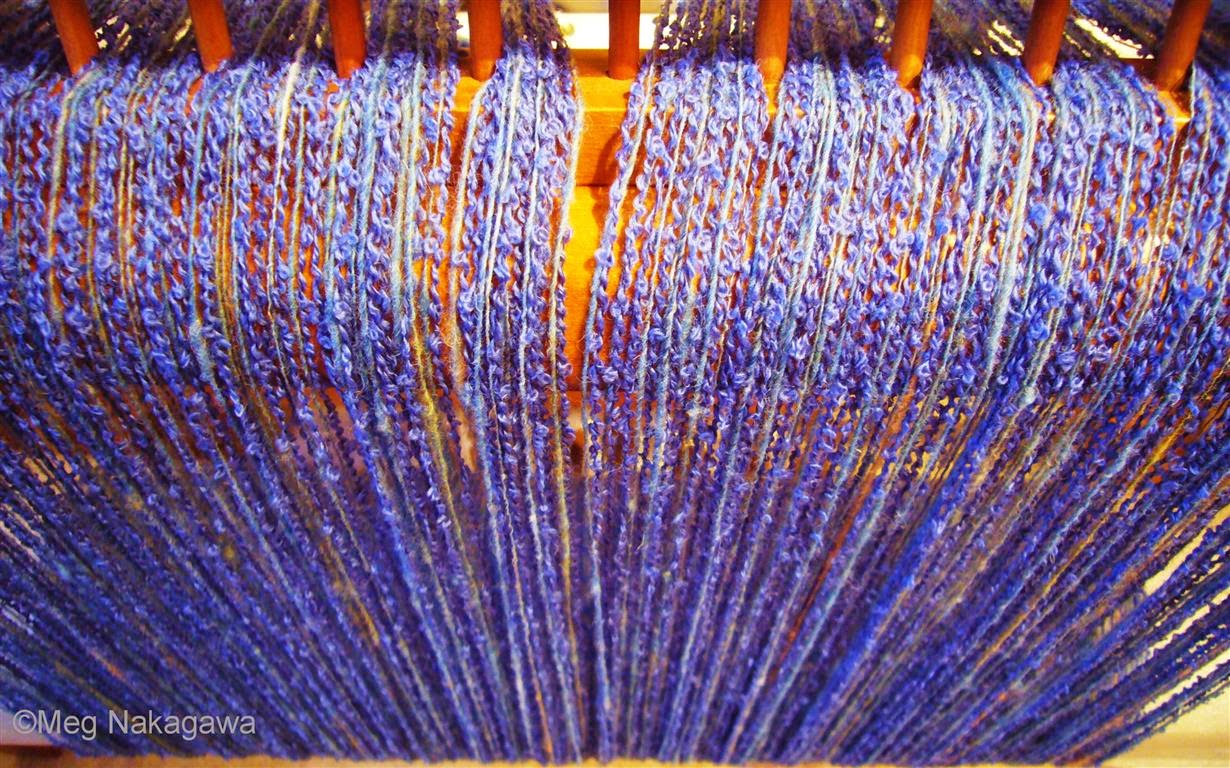 And a new warp is on; this is one of the three I prepared intending to weave a blue ruana for Dad way back; I have three warp chains about the length of a long piece.They should make scrumptious meaty pieces in twills and good wool.

Yesterday I counted something like 21 warp chains made in the last forever on my list; soon I need to go around the house, gather them, and check against my list. The annoying things is, I only make notes on scrap paper when I make warps; some are missing and I need to count the number of ends on some chains. I'll assign one of my notebooks for keeping warp records, at least with the number of ends and the intended EPI. And the length.

Today would have been a great day to garden; overcast, coolish, not a lot of wind. But I had to two good reasons shy I didn't.

First thing this morning Ben found a weka pulling out lettuces from the veg patch; when I went outside s/he was still at it, unafraid, ignoring me, way past her/his nocturnal life's bedtime. As with any unplanned encounters with animals, I was a little afraid and mightily annoyed, but most of all I felt this was our punishment for bad gardening. Even though we are now conditioned to be delighted encountering native birds. S/He was about the size of a cat. Now I'm a little afraid to go outside.

The other good reason was Maclean came for tea and cake and we talked and talked and talked. It's been awhile since I last spoke to a practitioner of another discipline, (she and her husband being trained photographers,) who has also lived in Kyoto for a year some time ago. She's in Nelson only for another six weeks or so, but I hope we have time for another girl time.

And Maclean said wekas are nice visitors in the garden; she can have ours.