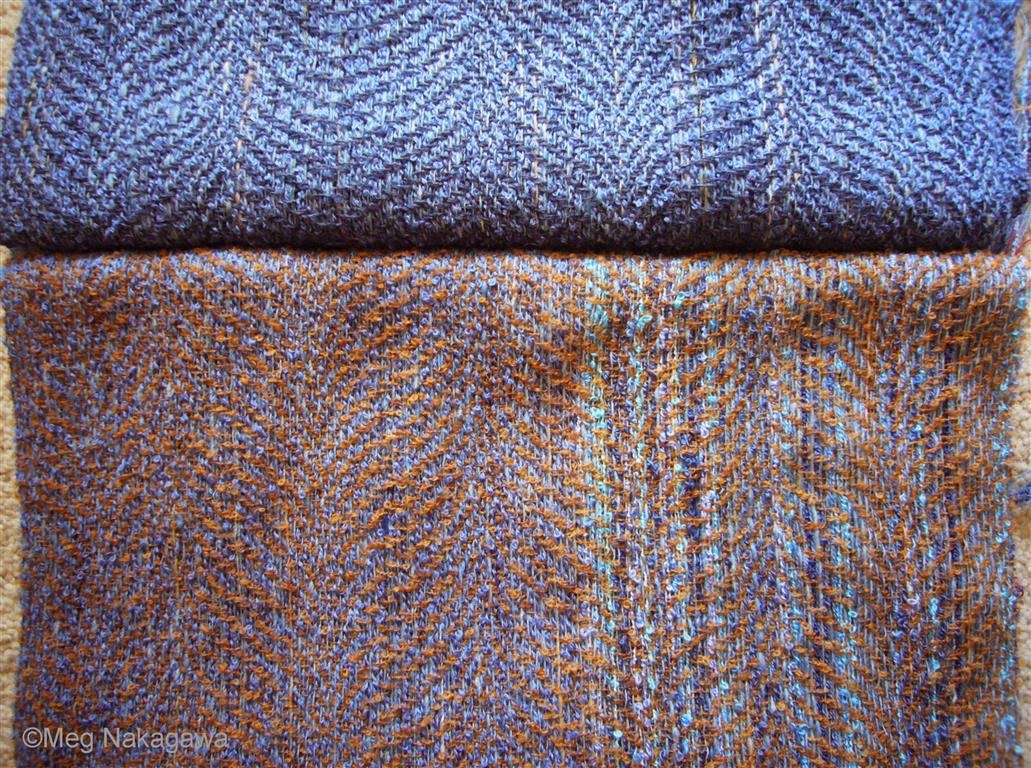 You saw the top one last week. I put the second of three warps intended for Dad's ruana, again in a blind undulating twill. The top warp was meant for the center so it had blue bouclé evenly across the warp alternating with Mom's handspun; the other two, however, have a plain two-poly merino alternating with the handspun towards the sides of the garment, so I added some blue variegated bouclé to make the texture more even. Mom's handspun has small amount of oranges and yellows so I wanted these to show up and chose a dusty orange bouclé for the weft, but it didn't lift the orange in the warp so well. I wish I knew where this yarn came from because it has smaller loops and is an extremely delicate, soft yarn. 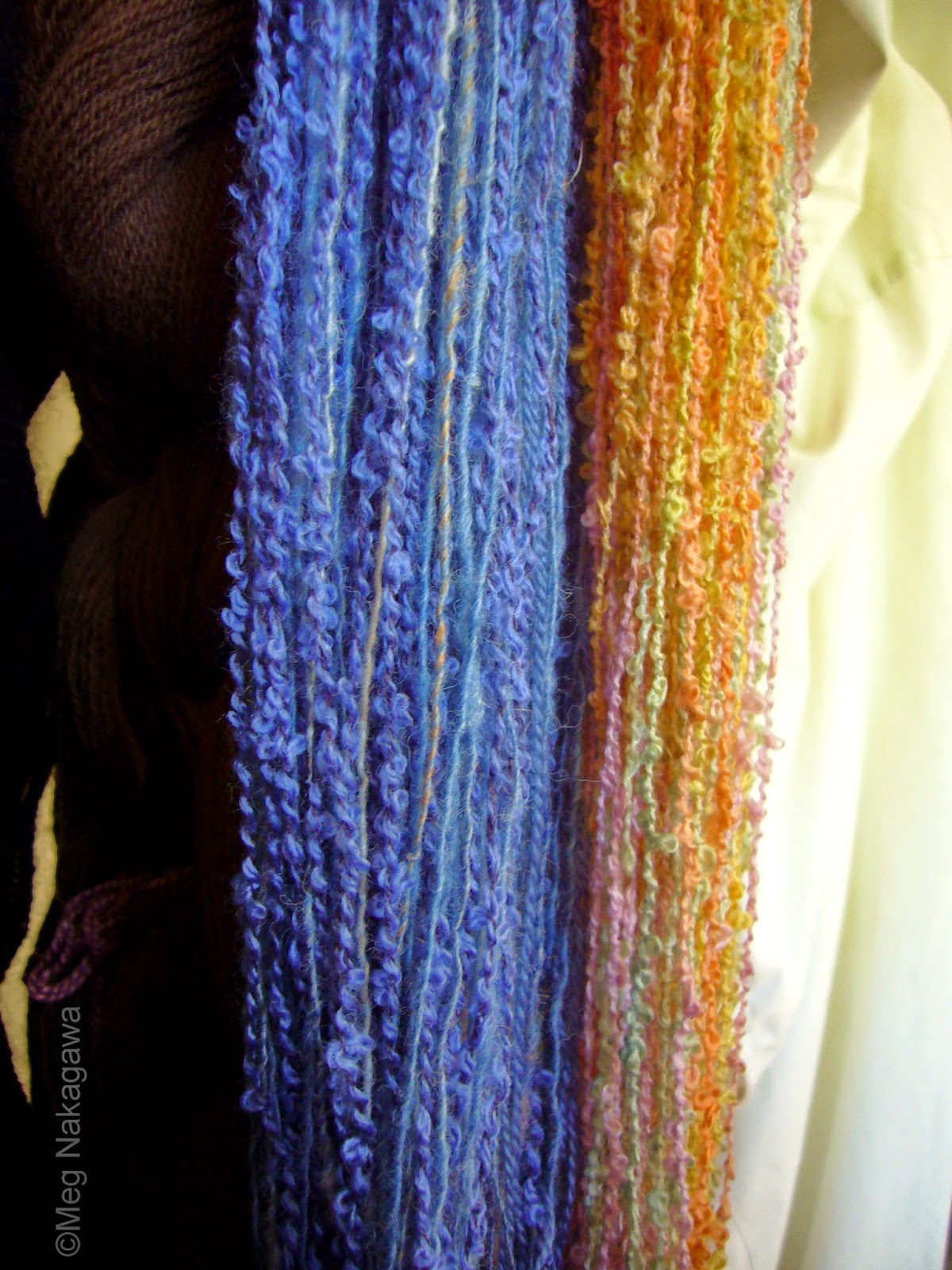 For the last piece, I measured a bunch of ends in orange/yellow/pale blue variegated bouclé to supplement so this will be a colorful piece. 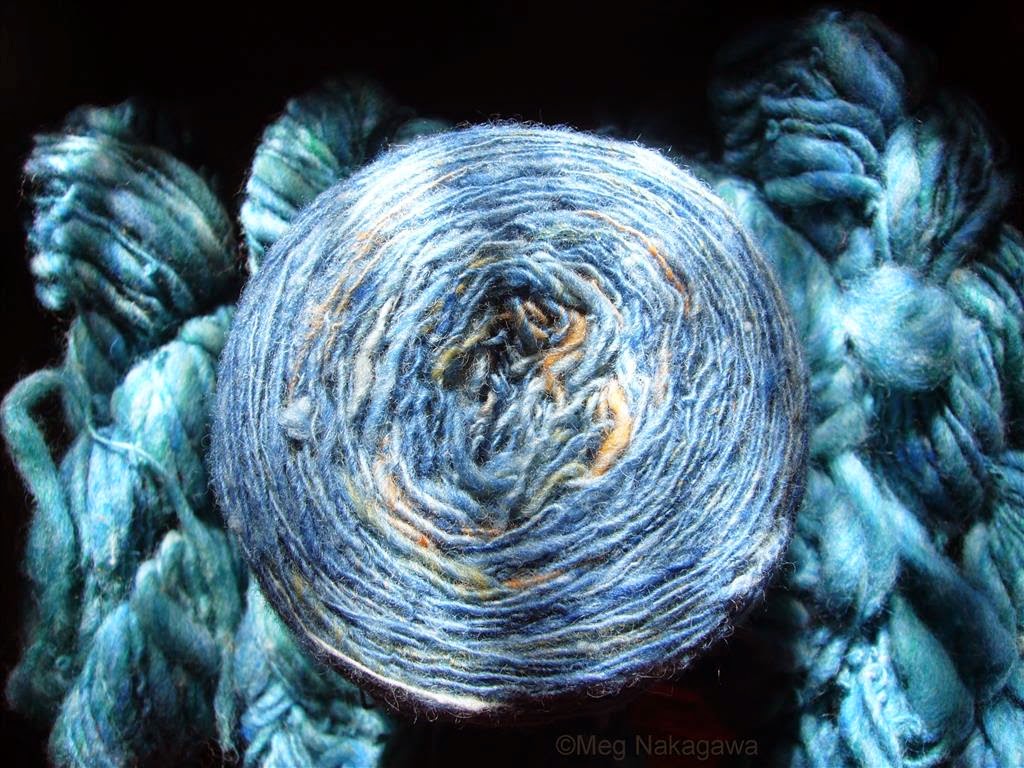 I wasn't sure what I wanted to use in the weft until I found some scrumptious handspun by Mom seen at the bottom; I don't have enough for a complete piece, I don't think, but I have plenty more of the handspun used in the warp so there are options. 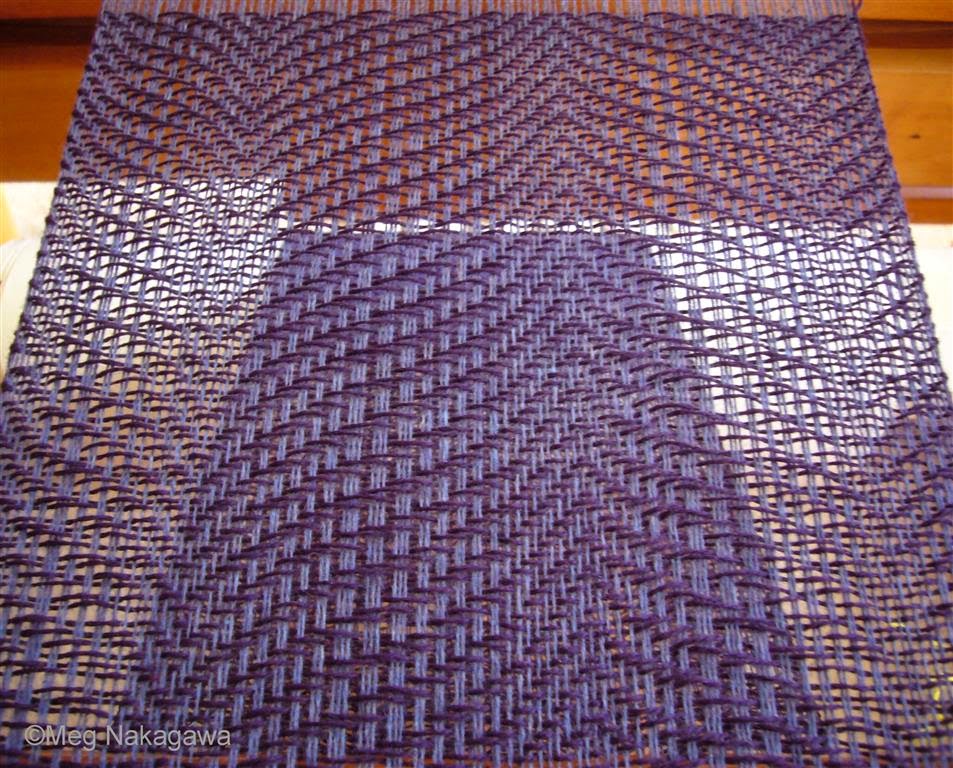 While I make up my mind, I thought to weave some cashmere, so I put on the navy blue warp enough for three small scarves, another rescue warp. Again, I made up the twill as I threaded. In this I used a thicker dark purple weft that looks somewhere between black and navy depending on the light. 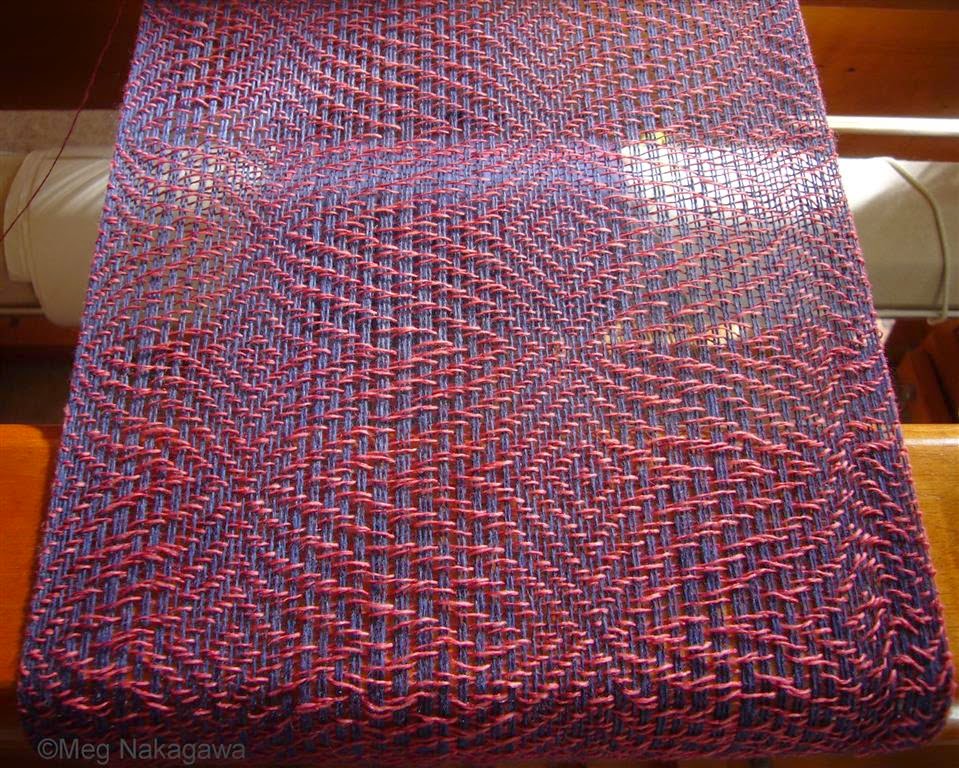 In the second piece I'm using a pink, (actually a very dark peach,) cashmere/silk mix, so there is the sheen contrast. Yum.

I'm weaving the cashmere at 15EPI, very loose, and trying to discipline my beating but it's not going so well; the pieces are so netty and delicate I'm constantly treadling back to correct beats.Hard to imagine some years ago I had such a difficult time feeling OK about asymmetrical threading; for now I can't imagine threading symmetrically.

I also went around the house looking for stray warp chains; I had one more than I imagined, though I can't remember which one it was, but I'm missing an attractive-sounding one that was on my list, a walnut-dyed with-scale merino. I have to dive into the big wool box one of these days.
Posted by Meg at 12/18/2014 09:51:00 PM