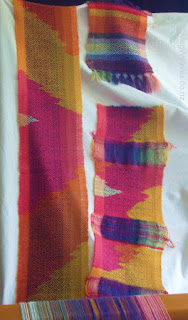 The first warp I put (back) on the loom Tuesday was the tapestry technique project I was working on a while back. I hung the samples and the one finished piece in front of me for reference. 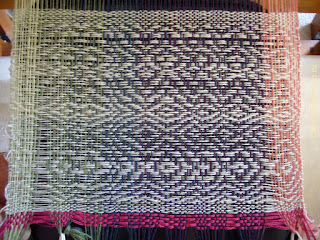 One of the factors I like about the first piece is the draft pattern is square-y and regular while the color transition organic. For comparison, or because I'm contrary, I wanted to try something curvier, and since I'm working on the four shaft, I tried a few undulation on my computer first, then made up the threading as I worked. I wanted to see/learn the threading before I began weaving, and I slept on it, but I think I'm good to go. The treadling in the sample turned at 1 or 4, but for the real piece/s I'll turn whenever, wherever. 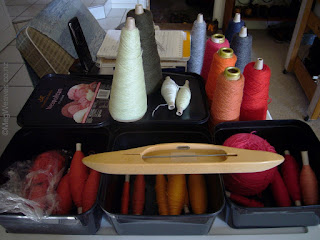 My choice of colors for weft, in 20/2 100% cashmere, are dwindling, but there is enough; I want to include the few cooler colors I have.

Exposition Universelle of 1889 in Paris is said to have been the catalyst in bringing Japanese prints and aesthetics to the attention of Western artists. You can see how many of the exhibition I went to cluster around fin de siècle and relate to each other. The Machida ukiyoe exhibition covered how Japan was influenced by the West roughly around the same time, in addition to being the very media/technique that made Japanese art most available, I suspect, in Europe. The 1930 Association was, of course, all about the influence of Paris and Europe then, and how the ideas were iterpreted in Japan.

Hard to believe this was exactly a month ago, but having spent a lovely day with Kaz and Dave, (and making them hike miles and miles in midday Tokyo traffic,) I bade a fond farewell and trotted off to Paris Graphics -  Prints and Poster that Became Art at a newish (est. 2010) Mitsubishi Ichigokan Museum.

This was a good-sized exhibition, consisting mostly/entirely (?) of Mitsubishi's own collection, and well-curated. The blurbs tended to focus on the individual artists and their work rather than the era, (the latter being more of interest to me,) and the star artist was Toulouse-Lautrec, one of the era's darlings in Japan, but there was a lovely flow in the show's design, making the experience so enjoyable rather than academic.

In fact, although this was the first time I went to an exhibition at Mitsubishi, I had the impression from reading about their exhibitions in the past that their approach to art is light-hearted, less pedantic, but showy/fancy, as if to give the visitor a momentary feel of entitled privilege of prancing through good art. Goodness, that's a lot of conjecture on my part, and it could be because of my prejudice for fin de siècle, although Mitsubishi's admission has been, from memory, always slightly higher than other exhibitions. I'd be interested in going there again if they host an equally interesting show.

They showed a few Japanese prints the van Gogh brothers owned, (on loan from the van Gogh Museum,) but my best findd were Valotton's black and white prints, and Bonnard's La petite blanchisseuse. I've liked Bonnard's paintings for decades and read a few book on him, but funny I don't remember seeing/reading about his prints. 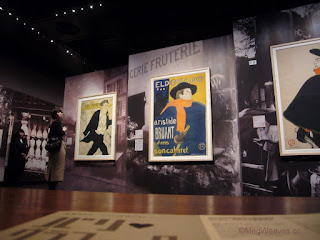 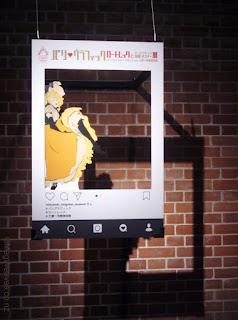 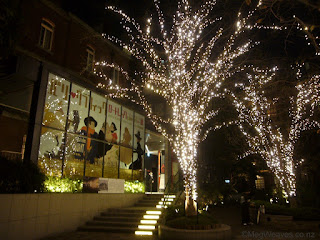 Two days later I trotted off to Tokyo again to what would have been one of the highlights of my trip; the Van Gogh and Japan and Hokusai and Impressionism.

Let me tell you what were wrong with these two; 1) they were dreadfully crowded; at times entry was restricted, which I had heard of but never expected to happen when I was there all the way from New Zealand; 2) even though both Metropolitan and National Western Art are large, neither show was in their main exhibition spaces but in smaller weird spaces in spite of expected crowd size; in fact the Hokusai exhibition made us descend into the bowels of the institution, the basement, as in B2F and possibly B3F; and 3) photography were prohibited, including the very works we saw/shot in Melbourne. Many prints appeared in multiple exhibitions because prints can be duplicated/triplicated/etc; this is not a bad thing, but I hadn't anticipated it, and one's appreciation diminishes somewhat after seeing the same Toulous-Lautrec poster in three places. It was however nice to see paintings by artists pop up in multiple exhibitions, not just the post-Impressionist notables but also Maeta.

The van Gogh exhibition was small and academic. Had I been more patient, I might have learned more about Japanese prints, the technique and how specifically they influenced Vincent. But that was the problem; there were so many Japanese prints, presumably collected by the brothers, but not enough paintings, and disappointingly, (because the simpleton that I am, I lump together Japanese prints and European etchings as, well, prints,) none of Vincent's etchings. And I had seen more than a dozen of the paintings in Hiroshima and Melbourne. Sadly, at this moment I can't remember paintings, but recall the small, dark catacomb-like spaces crammed with breathless Japanese fans' backs of heads; a slightly alarming picture, don't you think? I can't remember if I bought the catalogue.

The Hokusai exhibition is/was the most touted exhibition in Japan in 2017 according to Mom, and it spawned numerous smaller exhibitions of his work due to the handy multiplicity of prints. (Do you think I'm getting overly sarcastic? Not necessarily; read on.) In spite of it being shown "underground" it was a huge exhibition, organized by simple themes, (landscape, flora, fauna, people, etc,) with numerous Impressionist and Post-Impressionist works, not only paintings but furniture, glass, and jewelry from memory, adjacent to Hokusai's inspiring pieces.

My gripe with this exhibition was their claim Hokusai almost single-handedly instigated Japonism in Europe. (I couldn't see the details of why this was because it was one of the more popular panels and the website doesn't say.) Sure, they recognized he was among many printmakers of the Edo period, but for the purposes of this exhibition he was it. I know he was prolific, I like some of his work, but this was hard to buy, because, just think, what's the first print that comes to mind when you think of Japanese prints? Unless you've taken interest and read up on them, isn't it one of Hiroshige's Mt Fujis and his many, shocking compositions?? To me, the premise was akin to saying Monet alone defined Impressionist landscapes. (And by the way, they had too many Monets, if I never see one again in my life I'll be fine.)

This was an educational exhibition; it was like a 3D lecture with real life examples rather than slides.  It was informative and plentiful, but not designed well. Works and folks were crammed and there might have even been too many of the former. After the first round I was sufficiently impressed and slightly overwhelmed; after the second, still not buying the premise, I was a hostage dragged through an ordeal and couldn't wait to get out. I knew the catalogue would have plenty of educational tidbits, but I couldn't be bothered. I may regret this, or I may not. 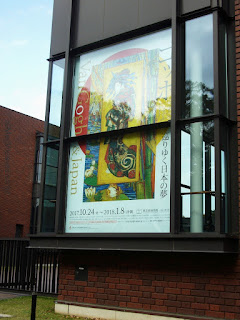 And yet, and yet, as exhausted as I was, I've become curious again of printmaking, my favorite technique learned in school art class. And I came home with a few blocks of wood from the art supply shop.
Posted by Meg at 12/08/2017 06:02:00 PM