I'm dumbfounded 2017 turned out to be a really big travel/social/exhibition-going year; dumbfounded because I've been so busy thinking about the 11 months I didn't weave.

In Jan, Ruby & co visited Nelson, and it's always nice to relearn about what this little place offers, especially in the art/craft area.

In Feb and late March we hung out with Dr & Mrs Cady; this Feb bit was embarrassing because I had no idea so much of Nelson/Tasman region had changed. Then I went to see them in Auckland in Apr and went to an underwhelming exhibition on nudes.

In Jun, Ben and I went to Melbourne, our first real holiday since '03, (I was last in Oz in '14) and reconnected with some long-time friends; it was also our first time seeing van Gogh together.

Esther's birthday was in Sept, and not only did I get to see her and Jake again, but also Stella and Thomas outside Volume, and reconnect with Rosie and Richard. I used to hang out with Rosie a bit after we both left our former place of employment, but then I got into weaving big time, Rosie had Nico, and then she plunged into serious bookbinding, so outside the occasional running into each other, we'd become wizards and muggles. Around the same time I reconnected with Maria, who most emphatically buoys and expands my weaving thinking.

Came Oct, I went to Japan and re/connected with folks and went to possibly too many exhibitions. South of the South Island followed, our first significant road trip since '07, first time in Christchurch since '01 and first time in Far South possibly this century; re-reconnected with Dr & Mrs Cady and I saw Dr Cady present a keynote, and he still looked to the heavens to his left when he paused. A week later we were in Wellington, a first since Apr '14 on a rainy birthday, and we could not find the lovely Italian place this trip, but I went to a few more exhibitions. 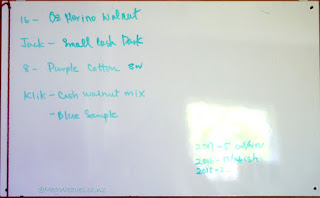 So it turns out 2017 has not been as big a write off as I had hastily decided back in Aug/Sept/Oct; it's just I wove so few. But I drew a few faces, and it's not too late to weave another piece. And I've really learned I treasure output more than input these days. (I made 22 in '15, not 2!)

The constant in my life have been Ben and family, the "garden", Stella and Thomas, friends via Letter Journal, and all of you, so a big thanks to everybody.

And there are still five days to go!

My Pop-Up Shop has temporarily turned permanent-for-the-foreseeable-future, probably until the end of autumn here, May-ish. I'm exploring other venues/ways to sell. If you have a good idea, do please share? 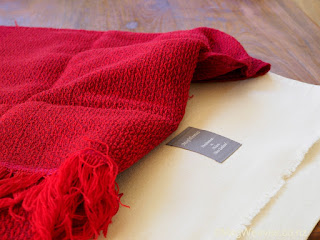