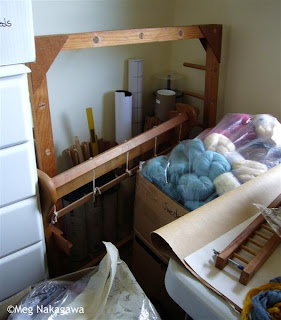 Rigid Heddle: often on my mind but seldom in action 8-shaft sample loom on permanent loan: all in good time. 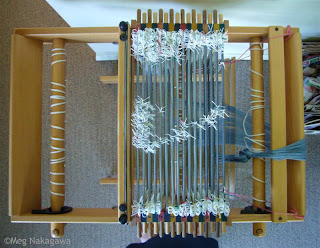 12-shaft Klik: I thought having a semi-permanent sample warp is a waste of a good loom, but it works to work out ideas and learn structures, because this is a particularly easy loom to thread. 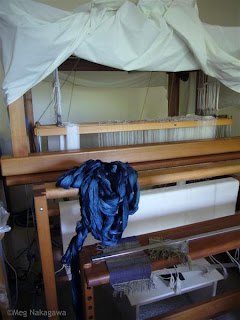 Usually the star, a retrofit 16-shaft computer-controlled Thorp, playing the "back seat" for now. 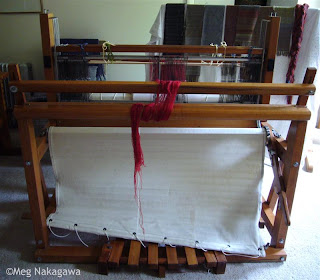 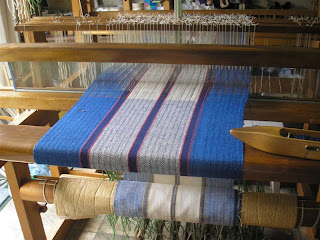 On the countermarch loom, the last of a linen/cotton teatowel warp. Warp is blue and white with navy stripes outlined with supplementary coloured warps. 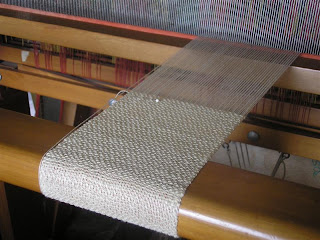 On the jack loom a soft cream cotton warp at 16 epi and handspun silk weft which has been sitting around for years. 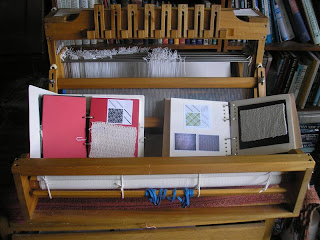 The sample loom is empty but here it is with two books of crepe weave samples made on it during 2010.


And here are some more looms:

To our patient looms and faithful tools, our own infinite wisdom and boundless patience,
and nice even tension with every warp in 2011!