Last Sunday night we lost the Internet and long story short, we only got it back yesterday afternoon.  So here are my lettuces. 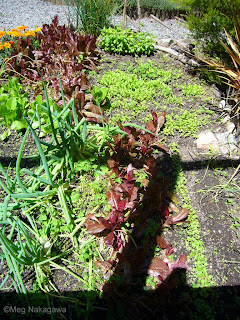 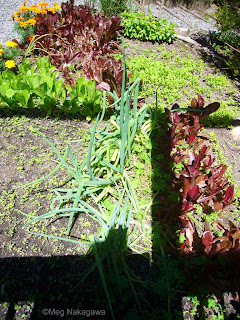 January 25 - we had changeable weather last week.  Some rain, some sun, lots of wind.  Elsewhere in New Zealand, the rain that caused havoc in Australia is doing the same, especially on the North Island. 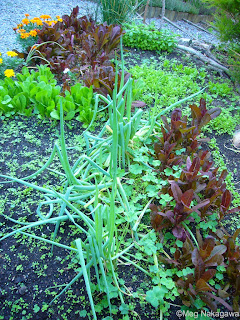 January 26 - we spent the day, (belated yay to Australia Day) in Wellington looking at the Brian Brake photo exhibition at Te Papa.  Awesome photos from the days when photojournalism was star, some before television, all well before the Internet. He apprenticed in a portrait studio, which influenced his "staged" journalism, but still wonderful to see the era through pictures. 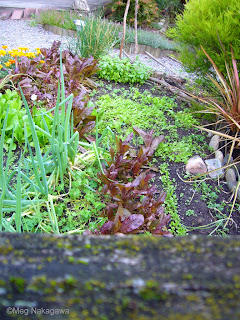 January 27. A totally tired day of not doing anything at all. 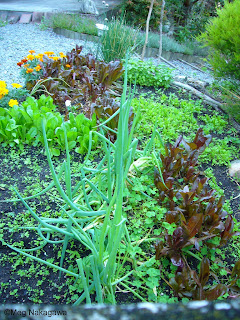 January 28 - my parents' friends Ron and Elspeth were in Nelson for a wedding this weekend, so we did the first little bit of the Abel Tasman National Park walk (from Marahau to Tinline Bay) and laughed a lot and ate a lot together. 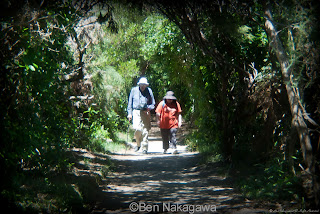 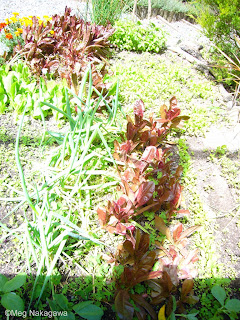 January 29. A totally tired day of not doing much. 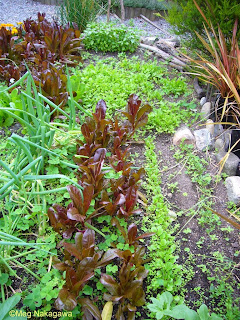 It was a good time to loose the connection as I got to weave more and now I have a few cashmeres needing hemming, wet finishing, tagging and recording so I can take them to galleries, as well as the new Log Cabin warp halfway on. I've also started to look into Etsy, at long last. (Desperately needing money is as good a motivation as I can think of.) In fact, I've been feeling great and working well, but that's for another post.

As soon as we regained the connection, I resumed work on something I volunteered for instead of being a member of Marlborough Weavers this year.  In April 2012, Marlborough Weavers' parent group Marlborough Creative Fibre Guild hosts the annual festival for the "national guild", (Creative Fibre, a.k.a. New Zealand Spinning, Weaving, and Wooldrafts Society, Inc., a.k.a. NZSWWS), and I'm setting up such things as a blog/website, Facebook fan page and Twitter.  There is a committee involved, so I have to explain how things work, and they have to discuss and make policy decisions before I can implement, but I'm shielded from the Committee madness and it's been an interesting experience so far albeit at times so slow.  I can delegate decisions and demand texts and photos, which makes the task easy in many ways, but I can't decide anything so everything is a waiting game, and I'm not good at that.  Anyhoo, I'm hoping Marlborough will bring the Festival belatedly to the new century a little bit, (especially the Society really wants more young members coming in) and if I can play a small part, that's great.  I'll put links and such once it's "live" but don't expect it to happen this side of April, to be honest.

In a way it's strange because not being a member of Marlborough Weavers this year means I'm not a member of NG, a.k.a. CF, a.k.a. NZSWWS either, but I'll get back on that loom bench in a year's time.  For now it's nice to have fewer people I have to confer with so I can concentrate on my own work. I will be updating Marlborough Weavers blog, though, whenever weavers send me stuff, so please drop by over there from time to time.
Posted by Meg at 1/30/2011 05:16:00 PM