Yesterday was the beginning of the end for my cold. I had the same symptoms and fever, but my head was clearer so we ran around two garden centers, me looking for good perennials to plonk in the gap, the thinking being if I have stuff to look at, visitors are less likely to notice weeds; Ben looking for a new BBQ. (We bought a standard grade one on New Year's Eve, 1999. It stood protected from direct sun/rain, but was exposed to wind; that metal would disintegrate in mere 13-14 years has been my delayed Y2K bug.)

It's been raining off and on this week; great for the garden and sore throat, but it's the variety that makes the wooden kitchen floor "moist". During breaks I rush out to pot bulbs or fill gaps, but for no longer than half an hour at a stretch. It makes me frustrated, but it's dark and wet enough I don't have to do the should-I-or-shouldn't-I dance.

So I've fringed three more, (three to go,) but am no washing until the dryness returns. Instead I've been preparing the three cashmeres, (Ben took the far right piece, I'm still not sure what to do with the bamboo-shaped monochrome;) three grays and the brown/black wool, (wonderful hand and weight,) to take to the Suter, tomorrow if all goes to plan. The gray ones remain milestones of sorts, so I must wax lyrical before they leave the house. (Sorry for the bad pics, but rain, dark, you get the picture. Ummm, no pun intended.) 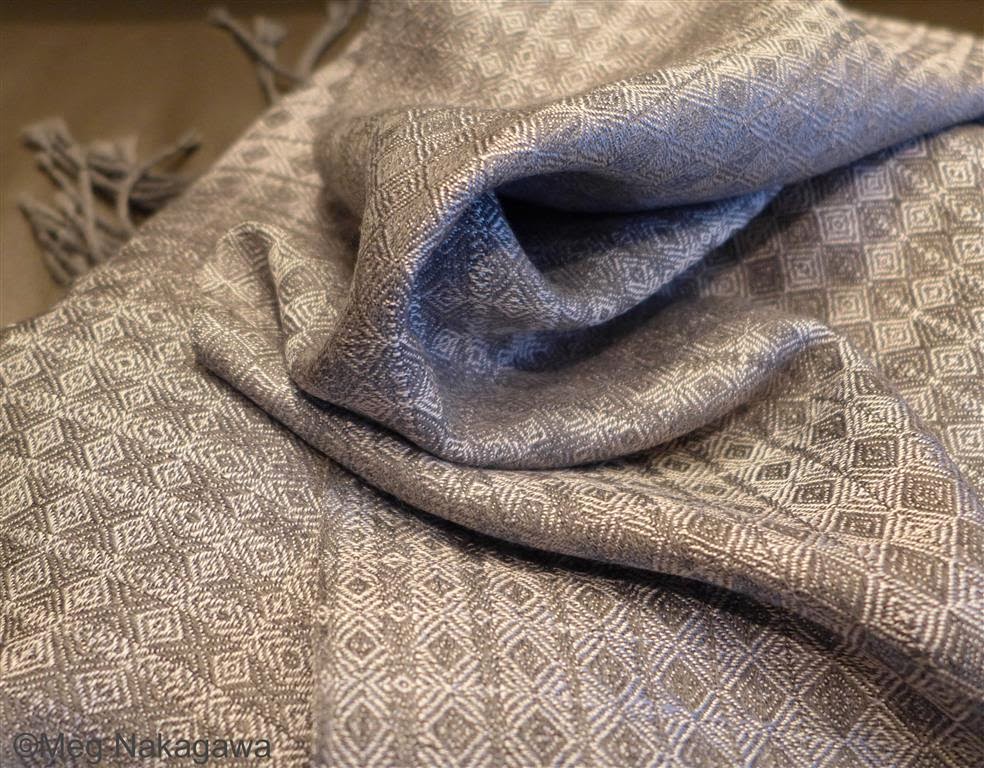 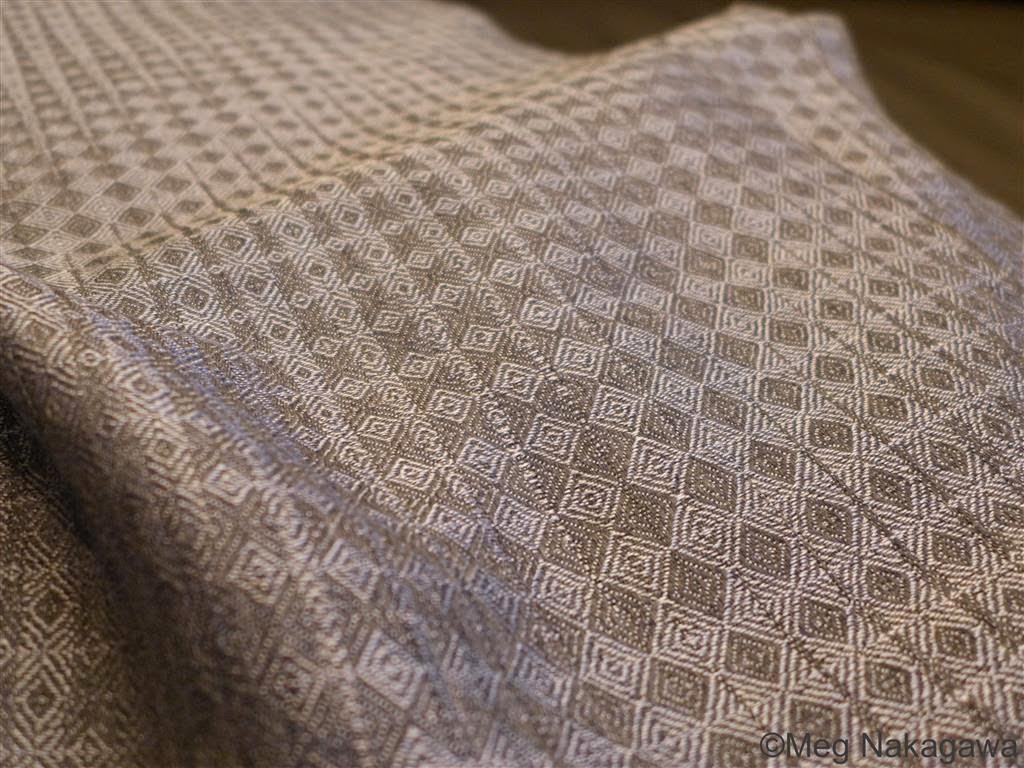 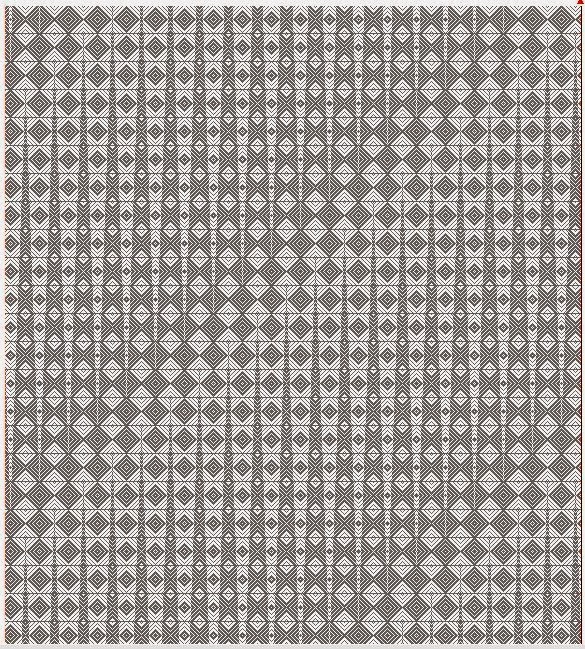 The first piece, with the skinny silver weft, is the very kind of cloth I've wanted to weave for a long time, and I like it. I like the balance of values and sheen, I like the scale of the design in proportion to the size of the piece and relative to the size of the yarns. Even the unfamiliar papery hand is interesting; it's crisp and almost tin-foil like, so not exactly showing off the best characteristics of merino, but perhaps "saved" by it. It's a heavy, rainy, December-in-Tokyo gray, (whereas Nelson this week is more dark moss green,) and I can see Ben wearing it in his previous life, in the latest cut of suit and width of tie every season, but we don't live that life any more, and I hope this finds a very special home. 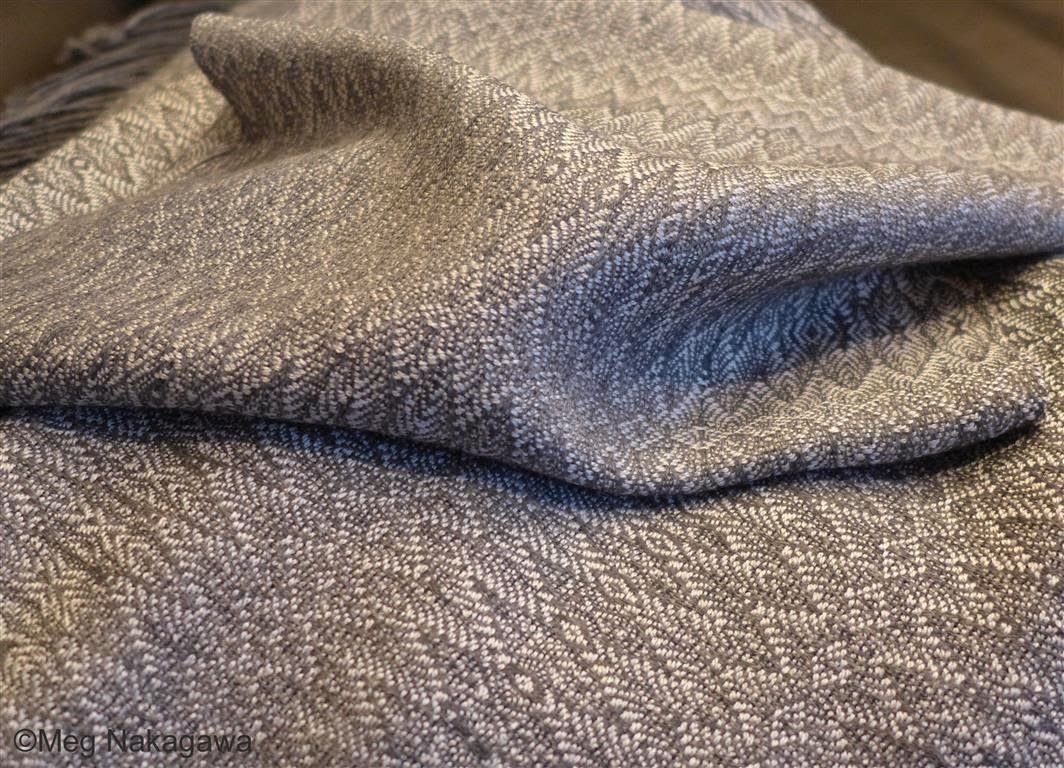 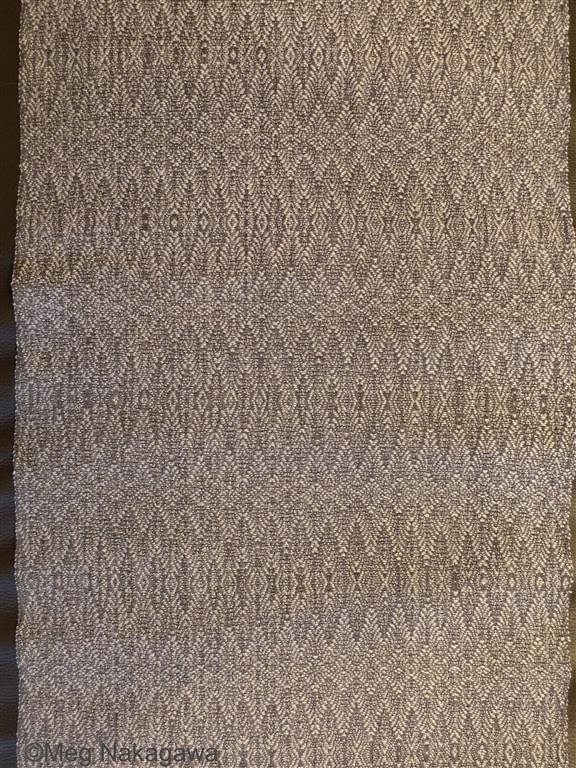 (Sorry about my shadow; this was shot sideways and I couldn't take myself out of the shot.) 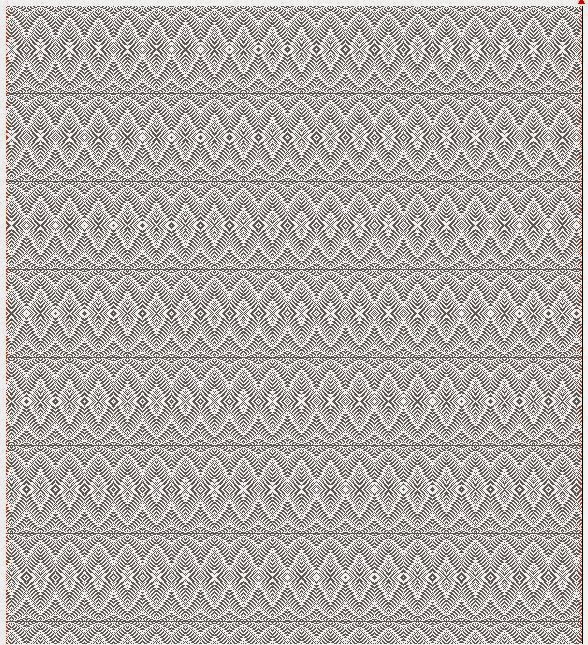 This is the piece I could easily see at a wedding or christening. Visually, I like this the best; it's fancy, celebratory, and has a weight I expect in silk. It makes me happy looking at it, and the draft is worth looking at several times as it's a little more complicated than at first glance. (All my draft pics are a little deceptive as I have blank picks, appearing as dark gray horizontal lines, so I know the start/end of each unit as I weave.)

I tend to see scarves and shawls as vertical pieces of cloth, and have often displayed them as such, but when worm, wider pieces present horizontally in parts, and with that in mind I'm thinking of weaving this draft and its variations turned. 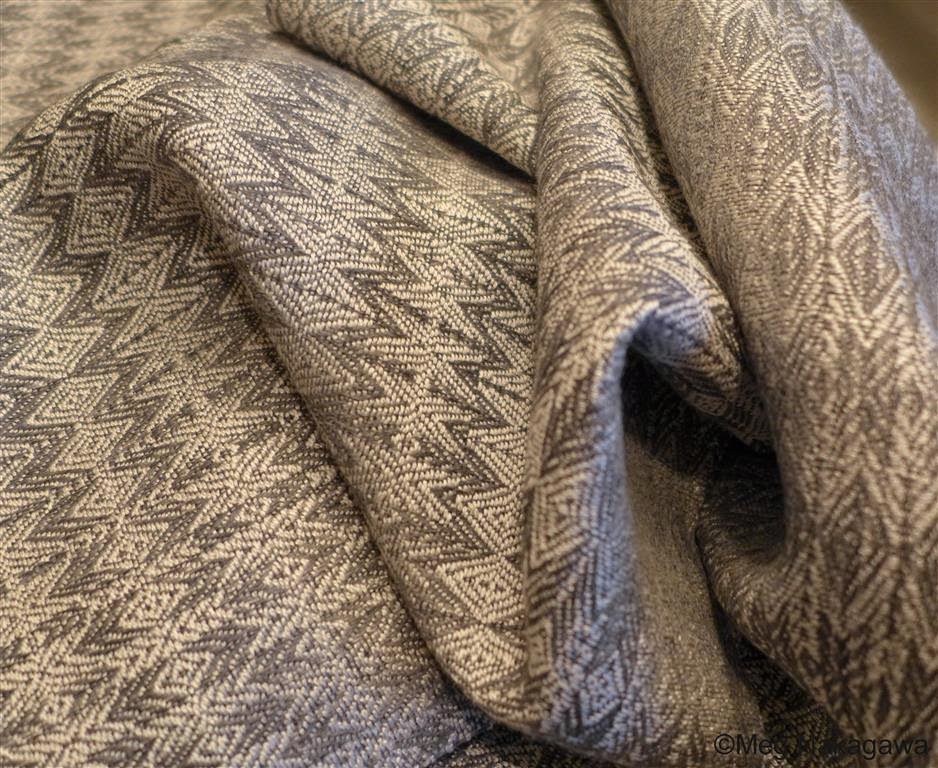 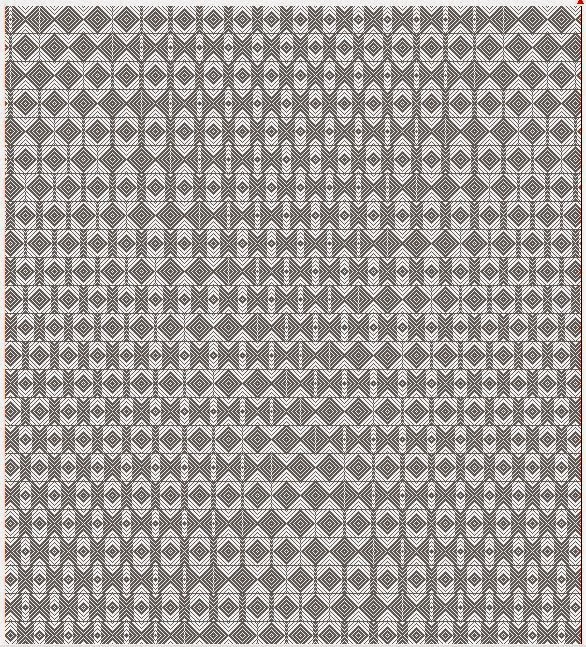 This has the same weft as above, (and then don't wrinkle,) the worst selvedge, and a few other problems. Weaving this draft was more challenging as it's less "regular" and more "graphic". I like this the least because I don't know where to focus even now when I can see it as a whole; there is no emphasis nor flow, and this is useful in marrying my design with my preferences. Because I'm the hardest person to please.

While I don't intend to stop weaving the more predictable, same-pattern-all-over designs, (because I like them,) I also want to delve into creating drama, and this was an OK first step. 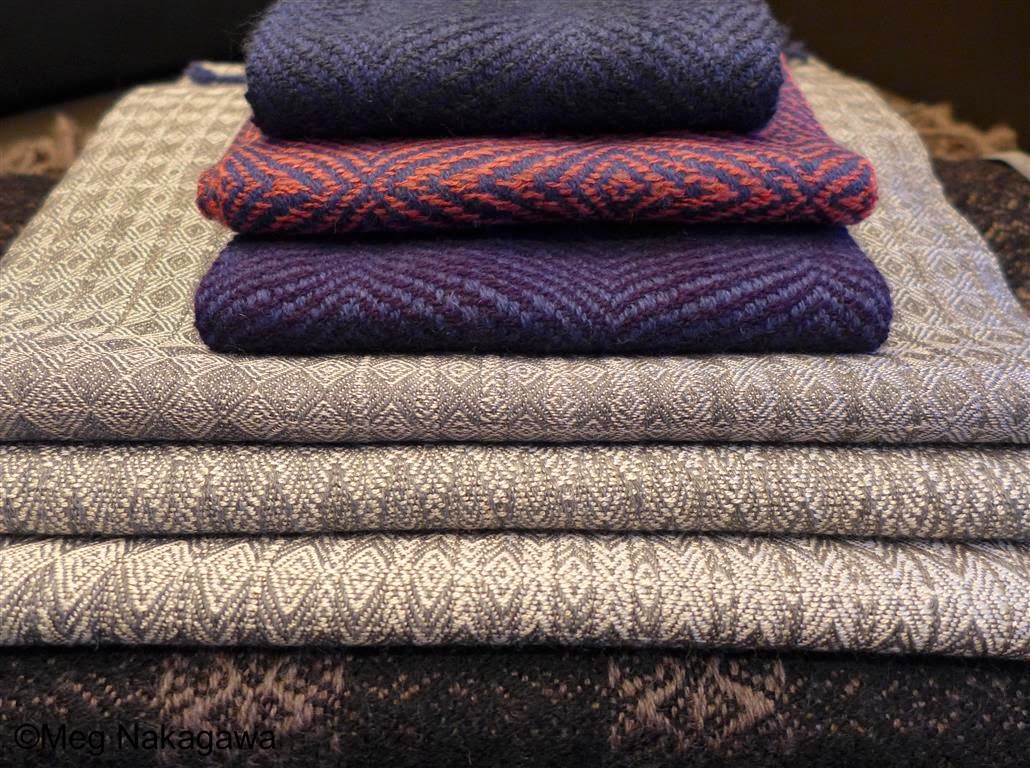 When I was sick, I caught up on Craft in America. Episode XII includes a small production weaving mill which may interest you. I needed to be reminded cloth used to be heirloom, and we can all appreciate the way the lady says, "because it takes so long to make!.
Posted by Meg at 4/08/2015 06:25:00 PM