Dad died three years ago tonight. He was 85.5. It's not true the loss of a parent gets easier; it got worse for me because I don't remember much about our tenuous relationship, (and how that perturbed/irritated the rest of the family,) how strict he was, but only the funny, happy stuff, and how I should have been a kinder daughter, especially in the six or seven weeks I was home weeks prior to his passing.

Mom is now 85.5, and is having a hard time sticking to weaving projects, because her concentration wanes and her body aches, but has no problem socializing. In fact, she hasn't got enough friends to socialize with, because, I swear, given the choice, she'd be out lunching eight days a week. My extremely active Mom started to slow down dramatically at around 80; Dad probably a few years younger. Provided I stay as active and healthy as my parents, (yeah, about that... ) I can count on weaving for another 8003 days, to my 80th birthday, although I st'd still like to die at my loom in my 90's just after I finally finish weaving a most fabulous piece of cloth.

Dad's mind was as sharp as anything until the moment he told Mom he's going, (he did!) but the body started limiting his activities perhaps a decade ago, (he didn't say much unless it was serious,) and began seriously failing at 84. It had a good run, though, because it went through tuberculosis and one lung collapsing before 30, and yet played baseball with 20-year-olds until shortly after 50. Dad was a heavy smoker and drank a bit, but Mom's insistence on healthy food since the early 1970's and is living in a house on top of a very steep hill helped. (Except when my sister had a few awkward pubertal months when she kept falling, sometimes daily.) So well-done, Dad's Body!

Dad was a thinker, although outside of his work, he was mostly an armchair thinker/student/critic, which is why I tend to remember him in terms of his ideas/opinions/intentions, his voice, not necessarily requiring his physical body. Although he thought he was one fine-looking man, and told us every chance he had.

Mom, on the other hand, is a jock. Although she's complained about her minor health woes as long as I can remember, I see her as an energetic blur, always trying to get through housework as quickly as possible so she can plunge into her hobbies, of which there were many: hiking, tennis, exercise class; English; interminable phone conversations with her friends while we were young and now lunches and trips; and a myriad of fiber crafts. She read as little as possible before she could jump straight into the doing, and has certainly woven a much wider range of items/techniques using any natural fiber she could get her hands on. Though she's always had terrible memory, she can recite instructions to a technique, and many other things she is interested in, decades after she learned them. So Mom, for me, is her body, which figuratively leaned slightly forward because of excess energy and her forward-looking nature. Aging has been harder for her, and she hasn't stopped complaining.

Of the three off-springs, I'm most like Dad in temperament, in hoping logic can solve all problems, in sitting around and thinking a lot. I probably read/study the most, I was the best student of our lukewarm, restless bunch, but I could be wrong because the other two don't boast. But I've noticed a change, I'm doing more like Mom, these last few years, since I decided no amount of thinking about great weaving was going to get me anywhere and I needed the practice, which hopefully would lead to a "body of work", which would show me some options/directions/hints, and I'll have fulfilled Randy Darwall's suggestion of 9.5 years ago: be my own apprentice.

Having passed 58 a month ago, I have 698 days left for the big stash reduction attempt. (See, observe the language. It's now an "attempt", like a "challenge", not a "plan".) Although I've been making steady progress for a little over a year, doing well when I don't bother with the garden, there is so much yarn, and I'm dreading having to revise my goals from "everything except the cottons on cones and cashmeres," to "all wool and anything else I can manage," because I know it isn't gonna cut it. Yet everything I saved are nice, so for now, keep on keeping on is all I can do.

The focus on stash reduction frustrating me. Because I have the yarns in front of me, there's not enough pre-weaving mulling or indecisiveness, which I've come to think of as my design process. Productive, but careless, uninvolved. Nothing prevents me from indulging, but for example some of Mom's wools and silks are so interesting themselves, I fear my preference for fussy patterns may ruin the yarns. And I realize there is that further step where I can design to show the yarns in the best light, I haven't reached that point.

The rest of the family is gathering at a pub with great fish dishes this evening. Dad's going to have to split his time tonight. 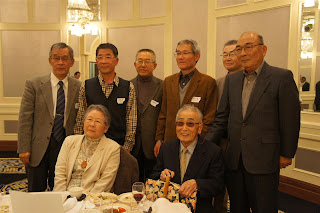