I went to see Martin and Julia at Arts Marketing again yesterday, and was given such a lot of good advice that my head is exploding. I then went to Gallery 203 to check in and update Lloyd of my plans. Some of the PR-related matters, which I was going to leave until later, needed to be done first, and I had to think quickly. I had to give my exhibit(ion) a name; I have been using "To The Sea, To The Sea" as a working title for the series I'm weaving now; I have also thought "(W)rapt" might be more this-century, but in the end, I decided on a unassuming, self-explanatory one: "Sea, Sand and Sky".

Kath has offered to come and perform each Thursday during the three weeks during lunch hour. I am having a Weavers' Show-and-Tell on the first Wednesday, followed by "afternoon tea" right there in the gallery. I have been mulling over a lot of bits and pieces, but suddenly this exhibit(ion) has sprung to life in front of me. So here it is:

Nelson song-writer Kath Bee will be performing live at the gallery
on Thursdays 1, 8 and 15 February,
from midday to 1pm.

A special Weavers' Hour will be held on Wednesday 31 January,
from 2 to 3pm, followed by afternoon tea.
Weavers are invited to a show-and-tell-and-chat.
For catering purposes, if you are interested, please contact me at
Info@MegWeaves.com. 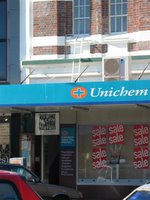 Look for the Arts Council entrance between Unichem Pharmacy and Max on Collingwood Street. The gallery is upstairs.
At times I'm reminded of one of my previous incarnations as a conference administrator; at other times weaving looks like the easiest part of putting an exhibit(ion); but this is my first time and as I am a control freak, I am enjoying making decisions on all aspects of the exhibit(ion).

Except one thing: I have been told that in New Zealand I must call this an exhibition, which seems so over-the-top-ly, ostentatiously, conspicuously, pretentiously misleading; I see it as a mini exhibit, a bit of fun. Must I get used to calling this by the longer name?