"Pillars"
P2 is off the loom; P3 has been started. Now the weft take on a softer, fluffier texture with one end of two-ply wool in combination with two ends of the previous Merino/Mohair, and the new draft has more round bits. I think I will end up with four pillars. I worry that grouped together, these two textures will look different enough to each other, making the set a collection of pillars from different buildings/eras rather than from one ruin. The more I see what comes off the loom, the less clear my mental picture of these hanging at the Refinery becomes. As an old acquaintance's mother (who had eight kids) used to say, "I'll burn that bridge when I come to it."

"Collective Book/Self-Portrait/Friends(hip)"
To clarify, because I'm now confused about the names, my contribution to the collaborative book is going to be a self-portrait-based woven cloth, 270mm wide by 235mm high, roughly A4/legal size in landscape orientation. I've been doodling and manipulating images by hand and on the computer, surprising myself for emphatically preferring doodles over photos as starting points. It's too, too early to know where I'm going, but I have in mind:
* If not woven on RH, max 14 shafts for "Self-Portrait". I still want to use this as the base for "Friends(hip)".
* Use colors.
* Consider asymmetrical to give it a different feel from "Pillars".

I foresee some problems with "Friends(hip)":
* I have only one warp beam so one set, probably the plain weave "tapestry" warps, will be weighted another way.
* I've never done inlay or tapestry-like work, so must practice with my own misc wefts. I'm certain there will be strange size- and tension-related pulling and puckering. I expect lots of pressing with lots and lots of steam.
* I don't know how far the wefts you sent me will go, the size of piece or area it will cover, yet I'm pretty determined to use them all. I can't get a feel for the size/shape of the piece and that worries me a little bit. But all in due course.

Without further ado, (for those, like me, who prefer pictures over text,) here are a few to chuckle over. 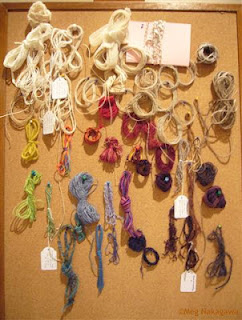 Sorted by colors, but you'd expect that of me. I think the warp will be mid-dark reds. 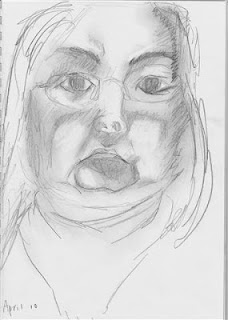 This is the only visual I chose (out of about 200) for the variation in values, though while manipulating other material, values come to play. Middle-aged jawline and neck, parts of me I would deny I'm attached to under normal circumstances, I find have potential for the lines and shapes. 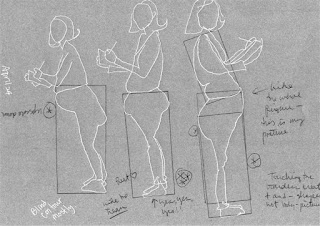 This looks to me like an x-ray of a halved tamarillo.
This is the front half of a profile done in water color pencils, values reversed.

Like, but by the time this is made into a draft for 16 or 14 shafts and woven, it's going to look less interesting and the shape resemble what I have in the "Pillars" anyway. 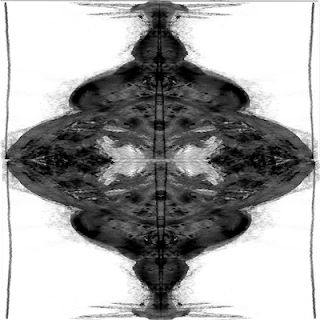 Austrian venus, born in Yokohama, raised in Minnesota, living in Nelson. Yes, I like this. But for this project, I think asymmetrical is better.

Small Items to Sell
I'm not weaving, but leaving head space and time to invest in quality and care of the works; cards with photos of my work are the only things I'm selling during the exhibition.

Misc
I have to write a few different blurbs; I have my one-liner for the catalogue, but I need a short bio, and blurbs for each piece to go on the wall. We're also holding one floor talk for which we each have around 10 minutes including Q&A. I need bullet points, and possibly visuals, after I decide what one or two points I want to blather on about.

Because I'm weaving only one big project instead of the intended two, and because I haven't see others' work, I's rather worried about the volume of work we will have. The group never discussed the aesthetics/visual plan for the exhibition as a whole. Generally the colors will be muted, (not a bad thing,)  but I feel personally responsible and disappointed if there aren't a few big things. I also know I worry about the volume/size because of my initial visualization for the exhibition; there have been plenty of tidy, minimalist exhibitions in that cavernous space, and I do know collectively we have a big enough bag of tricks so we will do alright. But I can't help feeling responsible.