My life expands and shrinks like a heart, as must yours. Mine has been shrinking for a couple of months to the point the only way I could describe was I fell off the wagon of living enthusiastically, but that sounded too melodramatic and I haven't been depressed, I don't think, so I'll have to come up with a better description. Anyway, this is what's on my loom now. 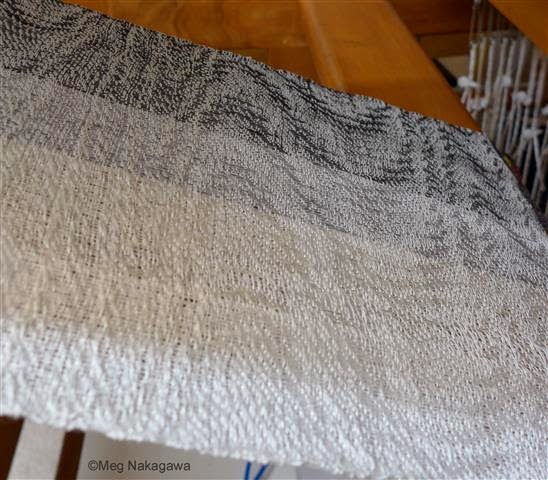 Going back to calculating combinations of lifting shafts, I got my notebook out a while ago, but have been gazing at the squares more than thinking about the math. X years ago, after figuring out for 4-shafts there are 14 possibilities, I was thinking about four-shaft blocks and tried to visualize combinations of filling a four-squares-by-four-squares grid; that is, breaking down a 16x16 tie-up into manageable units. I quickly decided filling pages and pages of squares for the sake of mathematical possibilities was a waste of time, (except when waiting for a flight at the airport as I did when I went to Brisbane,) so I settled on a subset. Good decision, because the answer is probably 14*14*14*14, or 38416. This excludes combinations where all four are lifted at once, (filled vertically,) or none, (left blank.)

But in small blocks, all or none of the four shafts can be lifted, especially when surrounded by more stable blocks, to create a gem-like bits of concentrated warp area on one side, with weft on the other, in which case there are 65530 ways to fill in a four-by-four grid. Probably. Which is about when math looses significance for this weaver and we move on to drafts. Hee hee. 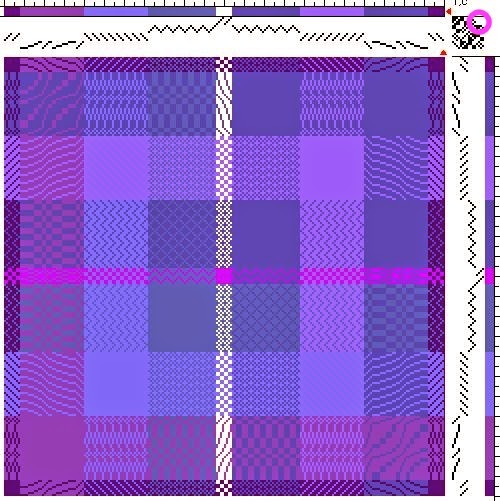