I went home last month to help Mom hold her first weaving exhibition, showing selected pieces from her 25 years as a weaver, along with those by her two current students of six years, and one past student, and her first, me.

Much of my first three weeks there were spent photographing works, (the changeable weather and white walls of her apartment made that challenging;) putting together an invitation in the form of postcards for Mom and JPG for the two students, and poster which is an enlarged version; refining artists' statements and Mom's chronology; and making up tiny A6-size takeaway catalogue.

In her high-rise WiFi didn't well, so I could use the Internet only on a tiny desk behind the television where I could hook up physically, but the bigger problem was Ben suggesting I don't install a Japanese printer driver on my laptop, but move the data on a stick and print through Dad's laptop. Dad's Word, (possibly not a standard Microsoft Word, and a vintage 2010-ish version at that,) reformatted all my files so I had to make two versions of everything, and somewhere between my-laptop/Dad's/a-fairly-OK-HP-printer/cheap-recycled-ink distorted the color-editing so much a lot of time was spent on trying to remedy that in vein.

Artist's Statement is not a common practice in Japan, except in art school and possibly in still-alive foreign artists exhibitions, and the three housewives/mothers/grandmothers had some writing about themselves and their weaving, but when I arrived, the students' statements were in near-perfect form, (I thought they needed no editing, but they both added a few sentiments,) but Mom was still working on hers. And I had to whip up mine. 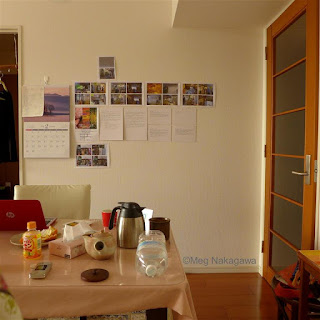 Every version went up on the wall visible to her as she sat at the dining table, so Mom and I were more tempted to tamper. One day we visited the gallery and I took a lot of recon pics so they went up as well as I started thinking about how/where/which piece to show. 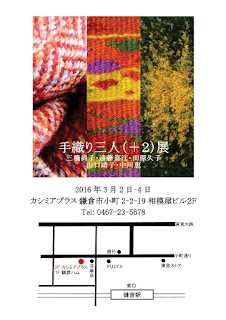 You saw the invite to "Three (Plus Two) Handweavers' Exhibition"; this enlarged to A4 was the poster. Artists statements and Mom's chronology were printed on white paper slightly smaller than A4 and glued to cardboard. Then came the takeaway catalogue, a cute A6, which contained all the blurbs on the wall and some photos of woven pieces; they were printed on the best copy paper in the neighborhood store, cut by hand, and bound with linen threads. The hardest part was to punch holes on the folds; this didn't always happen, the one I brought home was the worst with none of the three holes sitting on the hole. LOL. 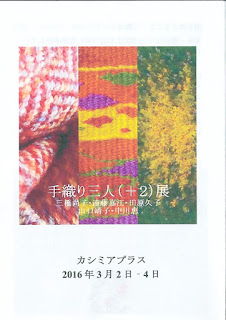 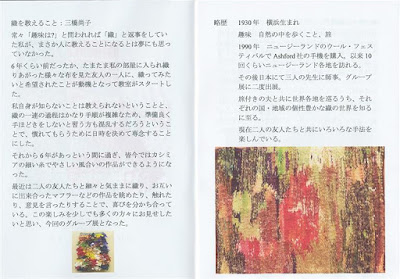 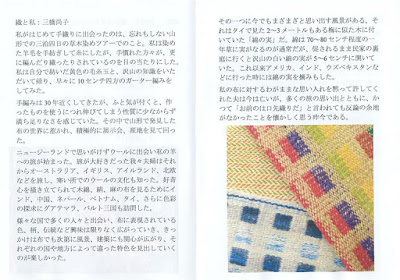 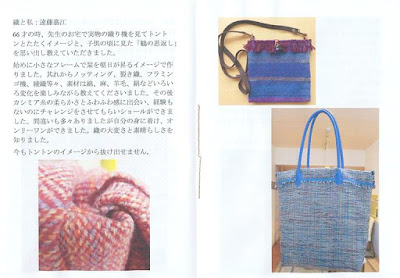 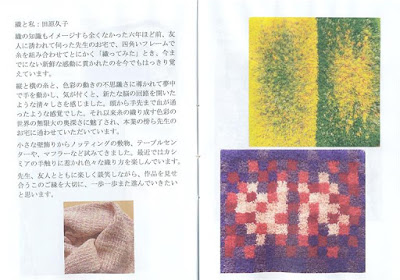 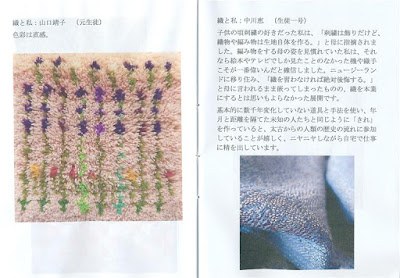 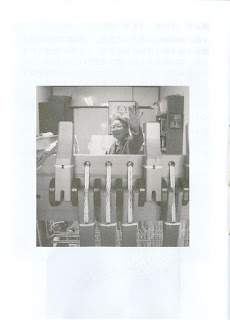 Initially Mom said we'd need 30 at most, so I made 50 just to be on the safe side; good thing, as we distributed 34 on Day 1. That evening I made 40 more, figuring the most we'd need would be fewer than 34*3; after Day 2 we had fewer than 30 left so I made a further 18. Don't ask me why that number, but we had around 15 left after Day 3 and all participants and a few visitors were able to take extras home. Same with the invites: at first Mom was thinking of sending out around 35, but she ended up sending over 60, which produced wonderful results.