I finished threading the orange warp on Monday, and wove my first sample Monday-Wednesday. Here are some thoughts/observations I made while weaving. Some contradict each other but I'll list as many as I can remember because I think I need to reflect on them later: 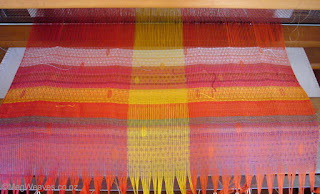 End of Tuesday, looking at the wefts I used already and contemplating which others to sample. 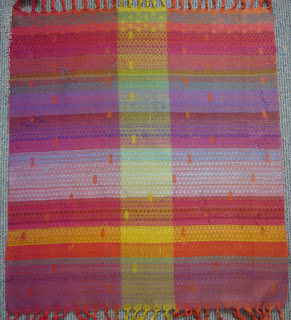 This is the side I saw as I wove and, yes, it is that bright. 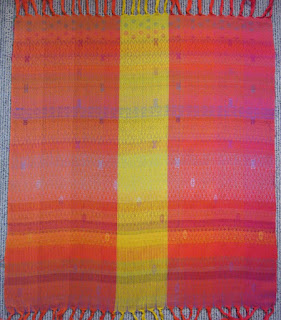 Forever a warp girl, I like this under/B-side better. However, I can't get rid of the feeling both sides has the appearance of the "wrong" side, anticipating a fancier (?) "right" side. More observations on this sample in the next post.

Oh, a freebie! You can weave a regular "polka dot" (although they are in fact small squares) I wove at the top of my sample on eight shafts.

Here's a base draft you can adapt. 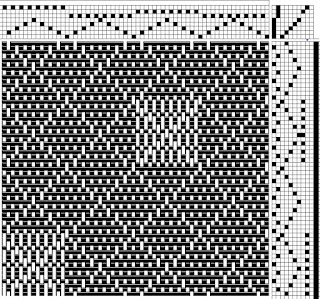 If you want to play with the tie down part, modify the first five shafts. 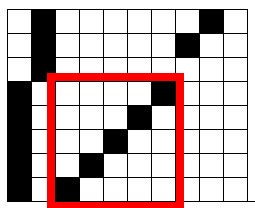 If you have more than eight shafts, of course you could place the dots more randomly, and/or make the dots actually round. I might try this some day in the future.
Posted by Meg at 2/28/2019 06:56:00 PM