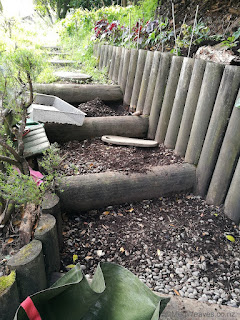 Day 14+7+43, October 20. 60 new, Auckland 56, Waikato 4; 2158 in the cluster; 767 active, 1389 recovered. Genomically unlinked 166 from the last 14 days. Hospitalization is also creeping up. The government is opening saying the daily cases can go as high as 200, that number will peak around mid-November. Or case numbers will double every 6 to 12 days. Or something such. Oh, dear.
I've arrived at that place where I don't worry about 1PM updates. Today I went outside at 12.30, and... I dug out pebbles; sieved pebbles; picked out good plant material and threw them back near plants; picked out roots and weed bulbs and threw them in the weed bag; washed pebbles, and put them back in the top step. That's the smallest step, and took 3.5 hours; there are four more under the big camellia tree, and six, shallower steps elsewhere, and two large flat areas; I'll do steps but not the flat parts because they are easier to weed. But that was hard slog. 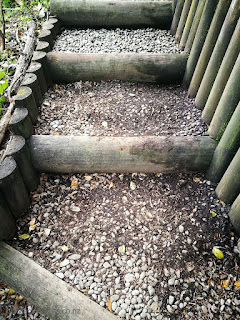 Now do you believe me our place is really weed-filled? The top pic is supposed to show a path, and to the right is my big hellebore patch, neglected while I've been working in other areas. But the ground is already getting a little hard to weed. Maybe weeds first, steps later. 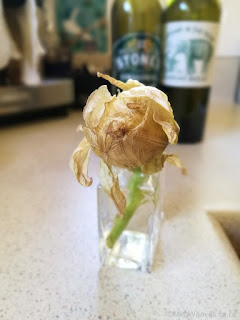 Day 14+7+44, October 21. 102 new, Auckland 94, Waikato 8; 2262 in the cluster; 868 active, 1390 recovered. Genomically unlinked 199 from the last 14 days. Waikatao stays at Level 3 until Monday; Auckland in Level 3 (picnic) until... I might have seen a November date.
In the morning I wrote many paragraphs on what our government is doing incorrectly. :-D But I think my attitude is turning into despondency. The tone is rapidly descending to what UK's Independent Sage has been criticizing (of their own government); the inevitability, "the numbers are as expected," on a loop. Bloomfield even compared our numbers to UK's as an indicator of how we're doing OK, or was it where we're going, I can't remember, because I turned it off. Sorry, UK, but your numbers are not good. Our hospital system is worried; the ministry says we're on course; we are "expecting" around 180 cases per day in a few weeks. Our ministers are (rightly) tired, and they are looking for shinier toys, like a free trade agreement with the UK. (The reason for the sudden appearance of UK Covid numbers?) Everybody is between a rock and a hard place, but I can't stop imagining talking heads in the cushy home offices zooming and playing with numbers while families of ten in a three-bedroom house wondering how the heck they will manage home isolation of one member. And that is not a far-fetched scenario in parts of Auckland.
After getting into the throes of moving Sisyphean pebbles yesterday, I expected my arms to fall off, but nothing. Not even tender muscles. So I was eager to get into the weeds, until a joke with Andy in Sweden led me to practice the Live-Long-and-Prosper hand gesture. My fingers are weirdly uncoordinated it once took days of practice, and I still have difficulties with my left, but this morning, my left ring finger was behaving all kinds of crazy; it didn't exactly hurt, but more like it didn't move as I willed it to, so I decided to stay inside and thread. (Which is why I turned on the 1PM update, a big mistake.)
It's the "small" red/orange sample warp. Once already I had to unthread about 200 ends because I had calculated the number of heddles incorrectly and had to move everything on Shafts 2 to 12 to one side to make them available, rather than split to try to balance the weight. While threading yesterday, I still had a foreboding the numbers were still wrong, because a color change was meant to occur one-third of the way, and from the number of heddles used, I was passed it. I checked the notebook and suddenly remembered that in a warp where every 20/2 is paired with 60/2 but I counted only the 20/2 to figure out the sett, I had just short of 800 ends rather than 400. What a lot of threading for a puny preliminary sample! Anyway, I took out all of about 300, shoved all heddles to one side, and started again, this time threading from the left selvedge like I usually work, rather than the right.
There are days like these. 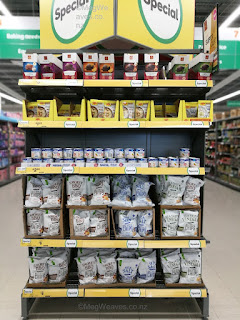 Day 14+7+45, October 22. The daily numbers' format changed, and tonight I'm thoroughly confused, so today's daily case number is 129, and I'll amend if I can find other relevant numbers. Later in the day, two cases emerged in Northland, unrelated to the two previous absconders.
There was also an announcement about the Traffic Light system, (not in their usual press room; with four ministers present; and at 10AM,) which will be introduced as vaccination level reach 90%, (I think two shots by everyone eligible, i.e. over 12.) Details are TBD, it's meant to advantage individual and businesses who use the soon-to-come vaccine passport, ergo entice folks to get jabbed, and to... well, live with Covid, community-spread or imported. The country seems to have been split into Auckland, the rest of North Island, and South Island. In fact, South Island got a rare mention; if all the South Island District Health Board districts achieve said 90%, we may be granted a different Traffic Light color than the North Island. There may be periods when some areas are on the Level system, while others move on to Traffic Lights. I printed out the Traffic Light information sheet to study, but it was just a jumble of words today. I'm tired. On the other hand, no region is moving to the Traffic system immediately.
I realizes the government is between a rock and a hard place no matter what they do. One advantage New Zealand has at present is we are heading into summer, and Kiwis lurrrve the outdoors. Numbers are likely to "reduce down" - Jacinda's favorite phrase - after it peaks in two to three weeks, until Feb/March/even April. And then we'll see where we are, and where the rest of the world is. Ben's and my second jabs were in mid-September; we hope by next autumn, the booster situation will be well-established.
Ben had the day off, (he has a lot of annual leave accumulated,) so we ran errands in town and got food. We are definitely still lockdown-shopping; we tend to stick to buying the same staples, and even if we have some left, we buy one extra just in case.
I probably wrote this before: one of Kiwi favorites is a dip made of reduced cream and onion soup mix. Today the supermarket were promoting it. I asked Ben if we should try it, but he reminded me we once did years ago, and did not like it at all. He volunteered to make me guacamole.
I'm so tired today. 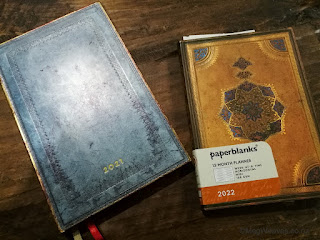 Day 14+7+46, October 23. 104 new; 149 genomically unlinked, probably in the last 14 days. There is one case in Blenheim, South Island, but not one government critter could be bothered to make an appearance because it's the long weekend. I'm speechless. I found other numbers, but I can't be bothered, and I suspect, neither can you.
Some years ago I started keeping a diary, not because my life suddenly turned exciting, but because I forgot so much so quickly. And having the right notebook is so very important I usually take weeks and months selecting. Then there are serendipitous meeting like last year when I saw the blue one on the left. It's beautiful, lovely to hold, and allows me to write just about the right amount each day. (For stationary aficionados, it's Paperblanks' Horizontal Maxi.) And perhaps because I love this blue so much, I had a hard time finding anything I liked, but after several visits to several stores, I selected another Paperblanks. In fact every time I visited the store, it grew on me, so I finally bought it yesterday. Except, it's a Midi, a slightly smaller size!
So Ben took me back to the store this morning to have another look, but there were no attractive Maxis. I should have checked other products, but I didn't, because now I'm so conflicted; it is an attractive little book, but my writing is so big and messy, and unless I practice writing smaller, my days will spill out into the margins every evening.
Today was Mom's 91st birthday, and we Skyped/Zoomed/Lined in the evening. Her hearing isn't great and they set up their devise in a noisy room, it's difficult to communicate at the best of times, but today's connection was horrible; the picture froze and the sound delayed. She had forgotten it was her birthday, and asked me how old she is, but otherwise she was lucid and had a plausible good news. I'm not sure what to make of her telling me she's in touch with me most often; I talk to her perhaps every three weeks. Must do better, eh. 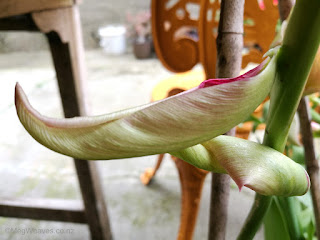 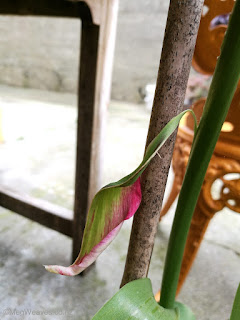 Day 14+7+48, October 25. 109 new. Sorry about being a slack reporter, but NZ's Covid news made me so angry I decided to disengage for a little while.
Yesterday and today I woke up with lower back pains; this has been a long problem since I slipped backward running in the rain in 2006. Yesterday I had to do some abbreviated cleaning and make a salad, so I was relatively active all morning, which made the problem go away by late afternoon. Today, however, even though it was a beautifully sunny, cool, slightly breezy day, and even though I had brilliant ideas such as going for a walk around the airport, (flat, about an hour all the way around, but we usually turn back 3/4 of the way,) we watched movies, sitting in our comfy chairs.
I'm fine standing up or walking on these days, but getting up/down is painful and sitting down or lying flat on my back, which is how I read and sleep, seem to make it worse, so yesterday and last night's "debilitating" pain, (it wasn't that bad, but it was squarely in the "pain" range rather than "annoyance",) was self-inflicted. Let that be a lesson I will remember for a couple of days. :-D 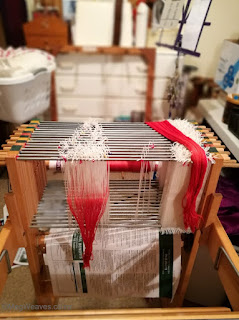 Day 14+7+49, October 26. 79 new. No update on the first day back from 3-day weekend, in spite of a South Island case on Saturday, but a 4PM after-Cabinet presser. I didn't watch it; I hear there was something about more workplace vaccine mandate, but nothing specific about the South Island, (from scanning briefly,) except there is to be no rapid testing for Aucklanders/North Islanders travelling to the South Island.
My back was in a terrible shape in the morning, so we changed tact; muscle cream and pain killers came into the picture, and I did a whole lot of standing-uppy things, including threading a quarter of the sample warp. Ben had four exercises recommended by his physio under similar predicament. I had a look, and noticed they do pretty much the same thing, so I stuck to the one I could do standing up and repeated every time I thought of it. It must be working because while binge-watching, (currently "Mr Robot",) I got up every so often and kept stretching, and I wasn't as uncomfortable afterwards. We'll see if we can get rid of the pain killers tomorrow.
End of week 10, folks; seven of which for us has been this lukewarm, iffy, ambiguous level 2.
Posted by Meg at 10/27/2021 12:44:00 PM