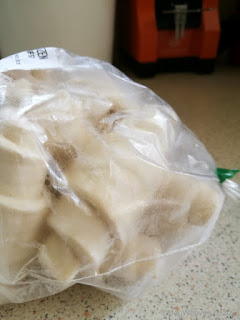 Day 14+7+78, November 24. 215 in Auckland, Waikato, Northland, Bay of Plenty, Lakes, and Midcentral; none on the South Island. 71% of population and 84% over 12 double-jabbed. Rule changes pertaining to the national border, to commence next year, were announced. The daily "live" updates on Covid matters on Radio NZ stopped yesterday. If all goes to plan, this week will be the last full week under Covid Alert Levels, as we are scheduled to move onto the Traffic Light system on December 3.
I had a bad reaction to white flour in the frozen croissant from the supermarket. This happens about a quarter of the time we eat them. I kept getting up, doing something, and going back to bed, until I gave up and stayed in bed and read about my current conundrum of turned Summer & Winter weave. There isn't much on the subject. And I forgot to put in "I stayed home" on the Covid App. 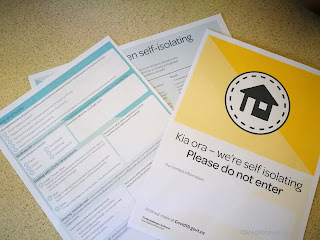 Day 14+7+79, November 25. 178 in Auckland, Waikato, Northland, Bay of Plenty, Lakes, and Midcentral; none on the South Island. Another death at Auckland hospital. 71% of population and 84% over 12 double-jabbed; no changes here %wise.
I rang the 0800 Covid Vax pass number again. They installed one of those, "Press x if..." messages which was not there on Tuesday, or maybe it was too busy I didn't even reach that stage. I had to go through two levels of answers, so they knew I was calling to get the pass to prove I've had two jabs, but for ten+ minutes I had to listen to some stupid vax Q&As, ones intended to persuade you to get vaxed. The music in between Qs were definitely for young people, but I would rather have listened to that.
When I finally got a nice young human, she asked the obligatory ID questions, and because I had my NHI number on hand, the whole transaction took all of 90 seconds. That included: her explaining the International Travel Certificate, (valid for 12 months, and considering I have a 91-year-old mom, I'll have that, too, thank you;) "No, instructions we're given is you don't need a new certificate when you get your booster;" her emailing me a six-digit number for each certificate, my reading them to her, and her emailing me each certificate in PDFs. I'd say the phone conversation was easy, but I do wonder how the elderly or less-connected cope. (Although "elderly" aren't necessarily less able than me by any means.) I didn't even know I couldn't do this myself without a NZ passport or a driver's license until Ben told me. And the lovely human said I could print if I have a printer, but download on phone if I prefer. Say what??
I'm still looking up what the traffic light system means, but short of getting two jabs and walking around with my newly obtained (domestic) pass that says so, rules I'm meant to follow are murky. I did find instructions to follow in the event Ben or I test positive and must isolate at home, and at least these were clearer, so I printed them out just in case. 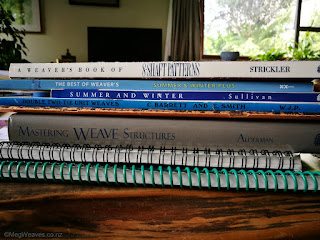 Day 14+7+80, November 26. 173 in Auckland, Waikato, Northland, Bay of Plenty, Lakes; none on the South Island. 71% of population and 85% over 12 double-jabbed. From the Ministry: "From today, you now also have the option to receive your pass through the post and you will also be able to go to pharmacies to request your pass. Almost 400 pharmacies around the country that are currently providing COVID-19 vaccinations will now also be able to help people get their vaccine pass." Phew, on behalf of oldies who may or may not be more tech savvy than me.
If all goes to plan, we'll be out of Levels and into Traffic Light color in a week.
For nearly a week, I had a metaphorical pebble in my weaving shoe; it wasn't big enough to stop me, but annoying enough I couldn't ignore it. Reading, sampling in the software, and even writing about it to see to which point I understood, I reached the logical answer that was, ummm, counterintuitive. But an old friend and a far learned weaver Cally convinced me the logical answer I reached was indeed the answer. So there is even more scope of study and experimentation in the future, as usual. As for the pebble, it's still there, wedged somewhere between the hallux and the index toe, in the pocket under the neck, but I can keep walking this road with just an occasional reminder it's there. 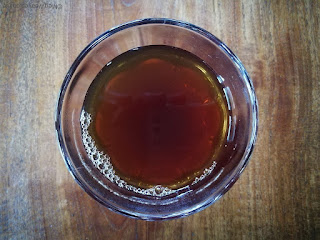 Day 14+7+81, November 27. 145 in Auckland, Waikato, Bay of Plenty, and one in Christchurch, South Island. One death in hospital. The Christchurch case is a household contact of a previous case and is already self-isolating, although a couple of locations of interest were added. Still 71% of population and 85% over 12 double-jabbed.
I've been rereading about the Traffic Light system over and over. I've understood the words from the first sheet I printed out a while back; it told me to get jabbed twice, carry a Vax pass, and maybe wear a mask. Rules/practices around masks here have been murky from the start, so although Ben and I always have them when we leave home, in town it's a hit-or-more-likely-miss affair regarding humans around us. The new system relies on even more individual responsibility, i.e. government has washed its hands of us, almost, more or less, in a manner of speaking. Some are predicting upwards of 1600 cases/week, and when it happens Jacinda et al. will say we're on the projected path. I feel a huge gray something descending on us that, to tell the truth, I never really felt immediately around us in these two Plague years.
And then, Omicron. Besides it's potential danger, Oh-My-Cron? To Japanese ears, it sounds diminutive, mangaesque. 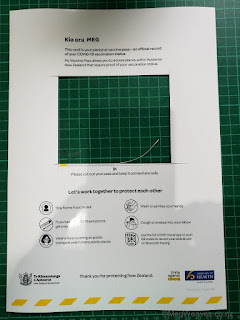 Day 14+7+82, November 28. 144 in Auckland, Waikato, Northland, Bay of Plenty, Hawkes Bay; none on the South Island. Another death in the hospital. 72% of population and 85% over 12 double-jabbed. Last night, Aotearoa NZ joined the travel ban of non-Kiwis from nine African countries starting midnight tonight. Overnight the world is given a rewritten scenario. But anything helps to reduce the numbers having to go into our managed quarantine facilities or hospitals.
It was rainy and cold and miserable at Chez B&M, and we spent the morning reading descriptions, comparing, and online-shopping five-layer mask inserts that goes inside pockets in homemade cotton masks. Didn't know such things existed before today, and Ben was suggesting we use coffee filters, which, as you can imagine, we have in all sizes, shapes, and two colors. We also printed our vax passes. Ben uses the phone in the main, but he surprised me by printing one just in case the phone failed; that's so my MO. We wasted a lot of paper and ink, and halfway through, since it's only the QR code that matters, it occurred to me we could have printed them grayscale. Also, I wonder if I'll get in trouble because I cut mine 2mm shorter, so folded in half it's the size of a credit card. 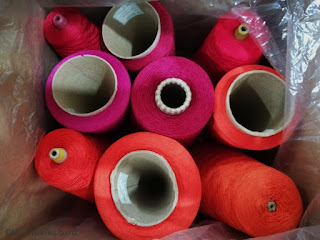 Day 14+7+83, November 29. 182 in Auckland, Waikato, and Northland. We learned in the morning there is a case in Nelson, to be included tomorrow, but not much details yet; locations of interest came out at 6PM. 72% of population and 85% over 12 double-jabbed. Boosters started today, but there have been comparatively little media coverage. There have been, though, more attention to jabbed people who can't get the passes by themselves.
Last night I read a border case was in Canterbury. Neither the government's Unite Against Covid-19 Facebook page nor public-funded Radio NZ covered this, but I found it on stuff.co.nz, a website aggregating articles from newspapers from around the country, (as well as Radio NZ?). A child, presumably with adults, flew from London to Doha to Auckland, arriving on the 18th; they did their seven days managed isolation and went home to Canterbury (Christchurch?) to continue home quarantine, but their ninth day test came out positive. Today there were two new border cases in Christchurch.
With the Traffic Light system coming in on Friday, red/orange designation was announced this afternoon. There will be no border restrictions between regions. These designations will be reviewed fortnightly.
Omicron is causing havoc with what the government night have thought a relatively smooth transition to the new system. I watched the 4PM announcement, a first in what feels like many weeks, but my eyes and ears glazed over because a whole lot of it sounded like disingenuous spin, praising their past achievements. According to Bloomfield, home-isolation is working well; two folks dying in their own homes positive test results were just a glitch in the system.
A few days ago I started thinking about my current project a little more seriously, as they must be finished by early/mid-February. My source has a distinct lack of really red cottons in 20/2 as well as blues/navies and, oh, grays. I ordered seven colors, 20/2 and 60/2, roughly in the that neighborhood on the color wheel. They are a little more varied than appears in the pic, but gee, I need to rethink reds to proceed. 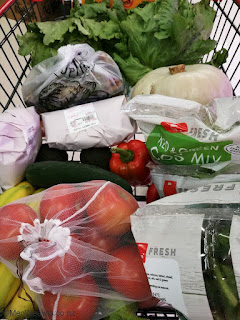 Day 14+7+84, November 30. 134 in Auckland, Waikato, Northland, Bay of Plenty. Two more in Nelson, which makes three, all close contacts; because of a "technical glitch" these two will be counted tomorrow. All cases in Aotearoa NZ are still Delta. 72% of population and 86% over 12 double-jabbed.
I had it all figured out. "We're going into a new system and we're learning to live with Covid..." How uneasy I feel; how we expect a bunch of cases to visit Nelson this summer; how I'll continue to have plenty to complain about, blah, blah. Except we are suddenly really living with it. Everybody knew it was a matter of time, but after having lived completely normally, (other than scanning and no overseas travel,) from August to August, it's still a shock. I honestly didn't expect Nelson to have cases until mid/late December when travel started.
First thing this morning, we discovered we know someone, who was a close contact of a person, who was at a location of interest at exactly the same time as the first case. We haven't seen them since August, but this was as close to Covid as we'd gotten. Then while we were at the supermarket, there were more locations of interest added, including that very supermarket.
Ben plans to work from home until the end of the year. But I feel we need to rethink how to organize our life in a fundamental way. For now I don't know where to start, so I read so much about the Traffic Lift system, "What to Do When..." kind of info, about Omicron, the latest on how to protect oneself; and while these allow me to concentrate and not rush towards despair, I'm not even sure whether to read so much, or ignore and do only "normal" things.
One of the normal things is eating, of course, and we thought we'd try to live a little healthier, and we know what we should do in that department. So this was today. 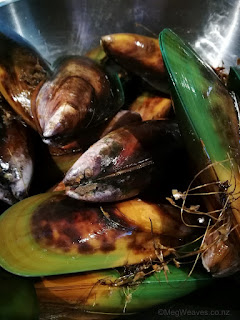