A Year of Remembering 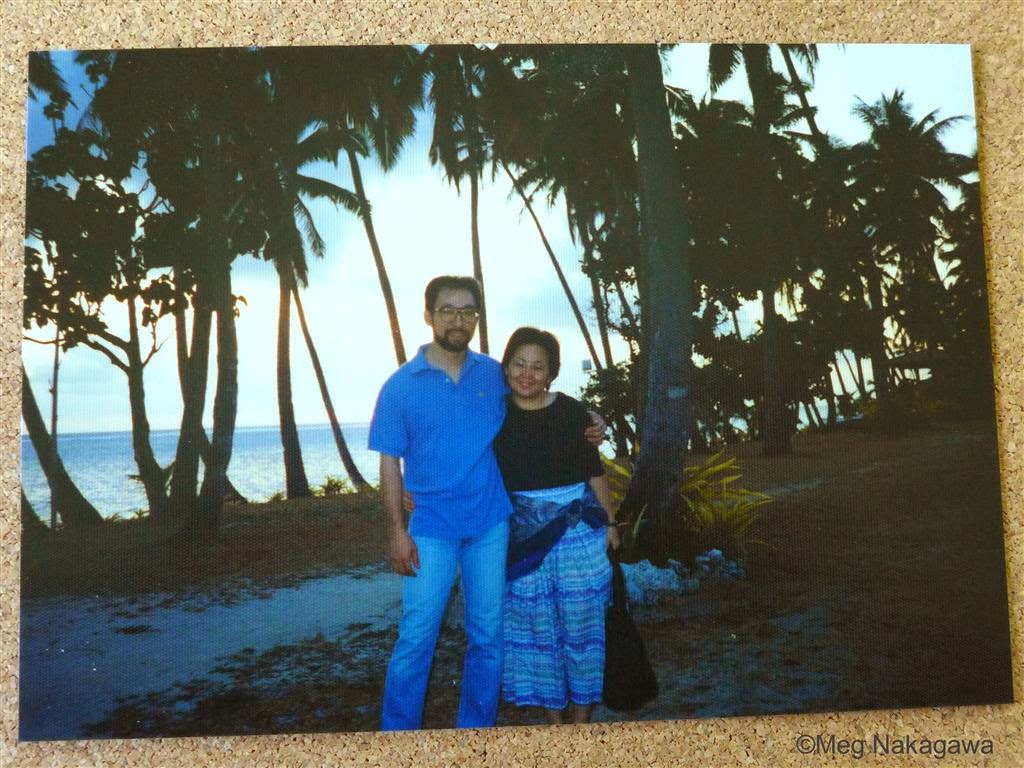 Back in August I had the 19th anniversary of weaving for the first time and the 10th of having left my last paying job. 20 years ago today we came to New Zealand, after a few days in Fiji with another friend, ostensibly to have a break from crowded lives in Japan and Ben's work, but still on his work-offered scheme to brush up on his English. (This is us on our last night in Fiji.) A month later, when he had the chance for voluntary retirement, he took it. Later this month we'll have our 18th anniversary for residency; before Christmas 18th of moving to Nelson, next January 18th of moving into this house, (longest I've lived in one place,) and the end of April our 25th.

Even though I worked for a wonderful Kiwi in Tokyo for a year and got to know his family, and even though Ben and I holidayed for a fortnight two years before we came here, I look back in astonishment how little we knew what we were getting into.

It's been, errr, life-changing; no more of Ben's 100-hour work weeks or 18 consecutive no-weekends, or even my 12-hour days; he can indulge in hobbies and, goodness gracious me, I am a weaver. There have been downsides, of course: we weren't part of our nieces and nephews growing up, (but that seems not so important now they're in their teens, the last being 8-going-on-26,) we weren't readily available to our parents when they needed us, and then there is the garden.

But all in all life has been kind; we've become more independent people, making up our own rules and solutions to problems, and more capable of carrying them out. And Nelson is not only beautiful, but the climate is mild and I appreciate it more as I get older. But most of all, I would have never been a weaver had I not come to New Zealand, to Nelson.

So take it with 1/4 teaspoon of salt when I complain about the triviality of my small life. They are real to me, but don't even make "miniscule" in this world.

(Except the part about good New Zealand merino being way too expensive, if milled in NZ at all, and we can't get with-scale NZ merino; these are national tragedies.)