I was cross because I wanted to go to the Nelson march of the nationwide Anti-TPPA protest day. I had signed up for it a few days ago and even though I'd had stomach problems yesterday, I'd hoped I'd be alright by 1PM. But I couldn't go. For about 24 hours I had such discomfort from time to time I had to lie on the floor! Not pain, but discomfort. Doubly strange because I haven't eaten wheat in several weeks. But it seem to have disappeared just as suddenly as it came. Boo hoo.

I've been thinking about a commission project. It's for Mom's former neighbor. The client keeps calling it my "tapestry", even though I explained to her a couple of times I don't do tapestries, not even wall hangings. But since she's seen enough of my pieces, Mom and I figured she knows the style of cloth I can make, but intends to decorate her house with it anyway.

This is how far I've gotten. 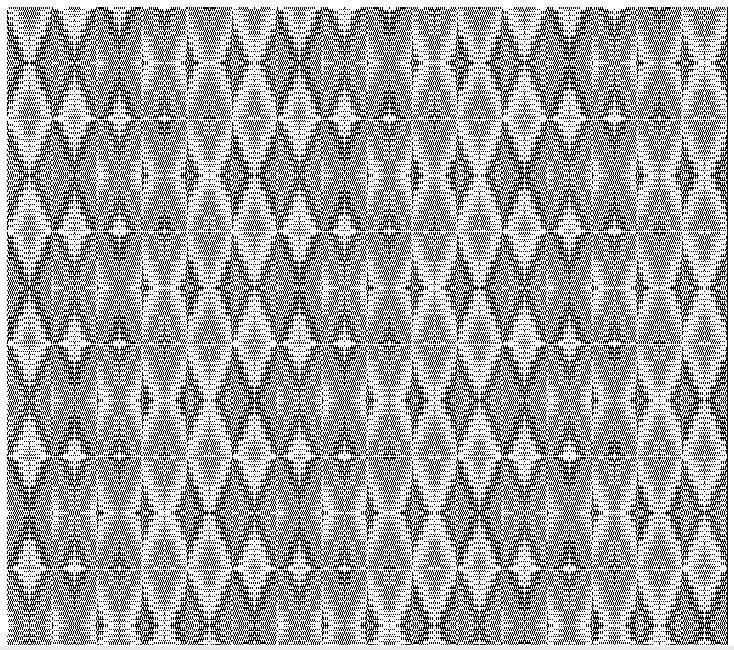 This is the draft, a modified version of Triona's scarf. Here you see a full warp repeat and a little less than one-third weft repeat, but it's pretty regular so you get the idea. 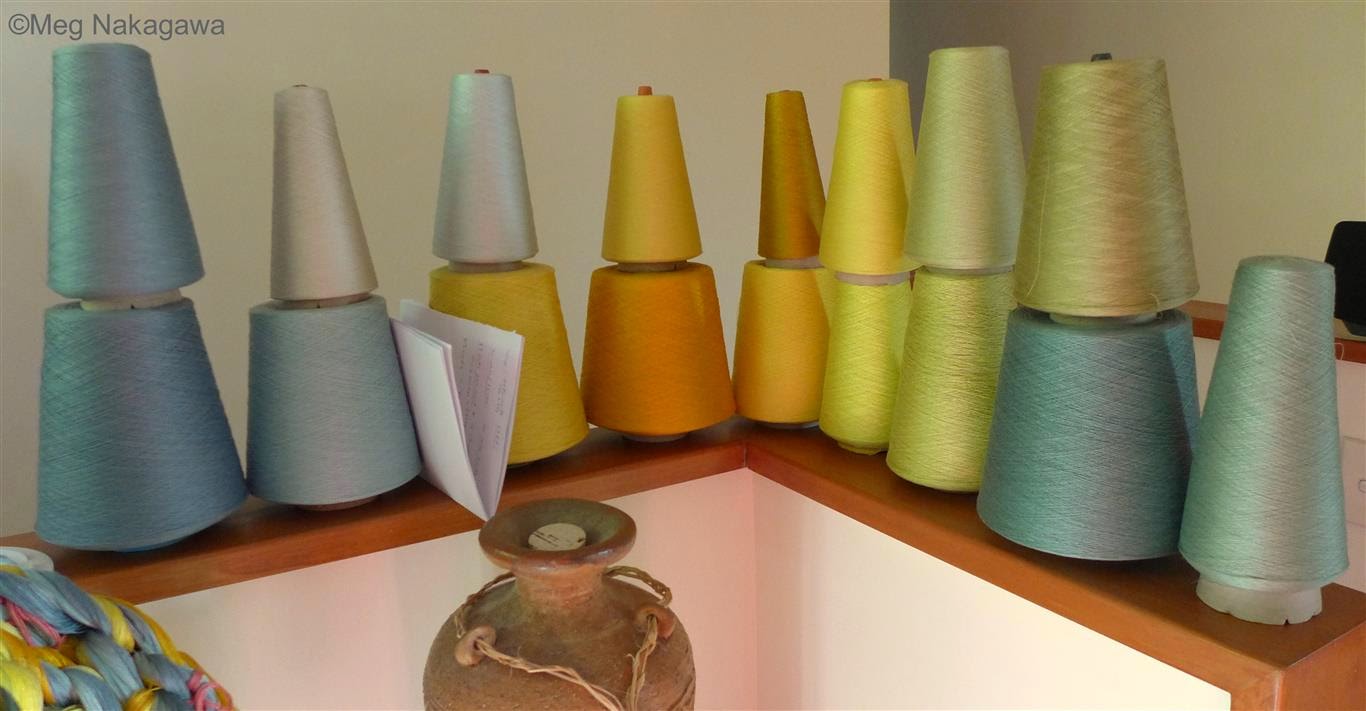 After several sittings of selecting and editing by the stairway, I used eight colors of 2/20 mercerized cotton and nine 2/60; the color/size distribution is straight forward; A-B-A-B-A. 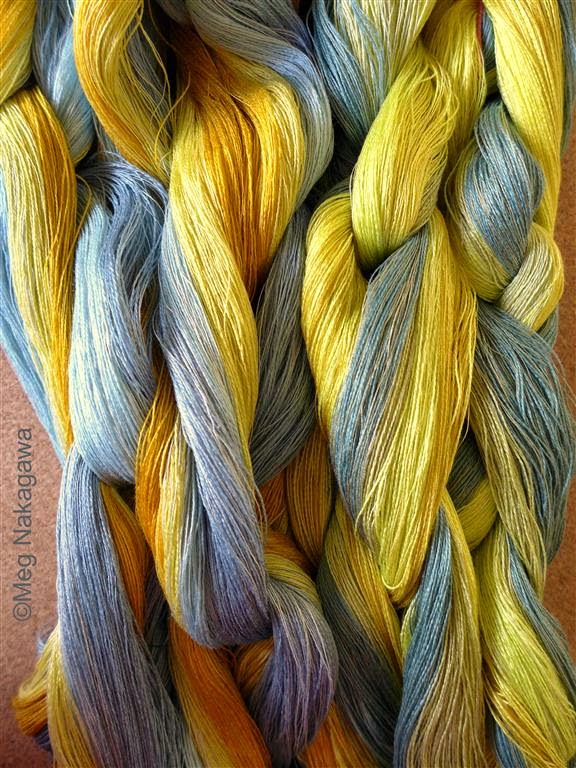 I've got a whole bunch of weft candidates, as well as sup warp and wefts, but I don't know much else about it. It's unusual I don't have a mental end picture to work towards, but I'm enjoying this new, building-up kind of making. But this warp won't go on the loom for a wee while.
Posted by Meg at 11/08/2014 11:32:00 PM