I'm glad I got the Melbourne pics posted; I had been sitting on this post's words for a fortnight thinking about the too-many photos I have to go through. Melbourne is ever so photogenic.

Melbourne is wonderfully civilized, by which I mean people are polite and kind, and the size of Downtown/CBD is big enough to contain oh-so-many places of interest and beautiful buildings but small enough to remain manageable on foot; public transport is plentiful, easy to use, and in case of their achingly lovely tram, free inside the central part of the city, and information readily available. It's an amazing place as regards food, where we never had a bad meal, everything was fresh, high quality and delicious, including back street takeaway joints. I was almost tempted to try a fast food joint just to see how well they performed, but with only five days I didn't dare waste one meal; coffee didn't disappoint, (the worst we had was "average",) we knew this beforehand, but for me, brewed with the soft Melbourne water, accom owner Neil's biggest, gentlest tea leaves this side of the... 1950's was a real treat. 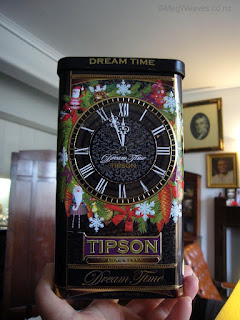 We chose our accommodation well; we tried AirBnB after hearing so many great reports from well-traveled friends. We wanted an apartment with kitchen, not sharing a unit, because we intended to shop at the Queen Victoria Market and cook at home. As the main goals of this holiday were art, architecture and urban photography, with whatever else we came across, (maybe some sketching, flâneur-ing, food and coffee tasting, with side trips to coffee roasteries, bookshops and art supply shops,) we wanted something unshiny, yesteryear-y, sans pools and gyms. After a few days, we found something we couldn't not have imagined in our wildest dreams. The places looks exactly like the photos, filled with Neil's late brother's artwork, Regency furniture, high ceiling and an old-time grace; beds were comfortable, shower better than our own. It's in an old converted office building, very central, but surprisingly quiet except for the weekend merriment across the street at Ms Colllins, not the club itself but folks waiting to get in, or out for a cigarette, and the obligatory urban police car at 2 or 4AM. LOL. The kitchen was smaller than we expected so didn't cook but assembled a few meals. There was no Wifi in the room, no all day Al Jazeera, Ben read a whole lot, I managed a tiny bit of sketching.

As planned we walked a lot in Melbourne; Ben usually clocked 18k steps by early afternoon, one day, before noon. But I was more out of shape, and we'd forgotten how to walk in/against the crowd. I got tired by mid-afternoon while Ben still wanted to keep going. I might have liked the accommodation more than Ben, too, and my current life of having plenty of time to savor/digest experiences may have highlighted our different "schedules". We did have one morning when he went to his favorite roastery while I stuck around the accommodation sorting the tourist info, doodling just a little, and taking photographs of the accommodation. It took two days for us to learn the lay of the land, and five until I could walk against the flow without thinking about it.

Here's a funny story. Ben had researched coffee grinders and he had to go to Padre Coffee, 438-440 Lygon Street, Brunswick East, a suburb north of the CBD. So on Day One we went to the Information Center, picked up the tram map and bought the tram cards, and off we went. He got what he wanted, plus some beans, and the cafe treated us to coffee. Friends had recommended many eateries in the Italian Precinct, mainly around the 300 block on Lygon Street, Carlton, a suburb between Brunswick East and Melbourne, so we thought we'd walk back into town. And we did. For perhaps an hour? More??  And though we found a few eateries, Lygon St was more industrial-looking with nothing like a "precinct", Italian or otherwise. When we saw 22 Lygon Street, we took the tram back into town, feeling more than disappointed.

On Sunday, we told friends Anaru and Roz how about this illusive "Italian Precinct", and they were slightly puzzled, until a light bulb went inside Roz's head: house numbers on the same street change/revert/repeat when they crossed suburbs. After 22, Lygon Street would have entered (North) Carlton, numbers resuming around 1000 on one side, 600 on the other, and it's this set of 300 block we were after, and A&R even took us to Brunetti on a crowded Sunday afternoon and a fab independent bookshop.

While the episode of the Italia Precinct was funny, the Greek Precinct was another story. In 2000 when Ben and I met up with my parents in Melbourne, we walked up and down one street trying to decide which cake shop to go into, and deciding after long last on the most crowded one very early in the day. This time, however, we found one big cake shop, (and it was big, and I took one pic, which I've since lost,) and one casual eatery, even though this time we were on the street marked "Greek Precinct". The Chinese Precinct next to it was most definitely there, though we were there too late for lunch and too early for dinner, so we only took pics.

Melbourne publishes a bookshop map. Can you believe it? We hit a few, and my best was either Books for Cooks near Queen Victoria Market, or the museum shop in National Gallery Victoria Australia-Ian Potter Centre, Federation Square, not the NGV International where the van Gogh exhibition was held. I only bought the van Gogh exhibition catalogue because I didn't see an Australian cookbook I wanted in the first instance, and everything at the gallery shop was so darned heavy. With Anaru's help, we also found one art supply shop; it was an intimidatingly serious place, mostly oil, and when I couldn't find a 150-180gms sketch pad I didn't ask. We saw some fancy portable paint brush in metal cases, though, very elegant, very yesteryear-y, very expensive. I wished I took pics of them.

Independently-owned shops are still plentiful and thriving in Melbourne. As are mending/repair/alteration shops. (Leather good repairs, in the center of town, no less!) And ever-so-many barbers and hair salons. And within downtown/CBD, no big neon or ugly signs, no big box shops in look-at-me colors. One of the eye-openers was they had a normal-sized supermarket in Southern Cross train station. In Japan, there are supermarkets in the basements of, or right next to, train stations, but not often right in the station and if you get off at a smaller station, they could well have been closed a long time by the time you went home. Melbourone's setup, where you can see the trains coming and going, seemed much more customer-friendly. Although, in fairness, it is about population, too; Japan has many more people at the station, and many more trains departing all the time. On the other hand, the population of Melbourne and Yokohama are not so different, so instead of boutique clothes shops, I say, supermarkets nearest to the stations!!

We didn't see one-tenth of historic buildings/museum/art galleries we intended to we didn't go look at tweed jackets or hats which was on my list of things I wanted to buy Ben. Because of our diet we didn't need to eat much, which was cost effective but perhaps better research may enhance our experience. I regret I wasn't in shape, but we need to discuss our different ways of enjoying/experiencing things. Ben used to be the one who didn't want me to cram our days with To Go Lists for years, so this was a surprise reversal. I had a hard time coping with big city crowd; I had a hard time relaxing most of the time and I'd be interested to observe how I cope with crowd the next time I'm in Japan. I wished I sketched more, and next time, at least part of the tip, we'd like to stay in an accommodation with a regular kitchen so we can cook with ingredients from Queen Vic Market. Oh, seafood and butter!!

And if all goes well, if neither of us has a medical/dental emergency and we don't have to replace major appliances, (fridge is already on the list; we can hear it vibrate from the bedroom now,) we may go back within the year while our tourist visa is still valid. Ben wants to go back when the days are still longer so we can make more of our time.

Or Sydney, or Brisbane, or Adelaide.

Edit: a few more thoughts. Ben and I enjoy art exhibitions in a similar way, so whatever we do, however much time we spend, we can find each other at the museum shop. Every time we go to Wellington, I wonder if I want to move there, and the answer is always, yes, if we can afford to live in the CBD and still have some quiet, which we can't. The answer is the same for Melbourne; we heard the cost of living not only in the CBD but suburbs close by are prohibitive, but it is still a seductive idea. A month in the winter in an CBD apartment would be ideal for me; being able to travel there once in a while would be alright, too. Five days was always going to be much too short, but for our first holiday in 14 years not connected to family or workshops, it went well. We're just greedy for more.
Posted by Meg at 7/08/2017 05:42:00 PM