Over five days, I took around 300 pictures, which is not many for me until a couple of years ago, but plenty considering I've chosen to look/experience rather than photograph/record more recently. Still, after culling, I still have enough to show you over a couple of posts so here's the first part. 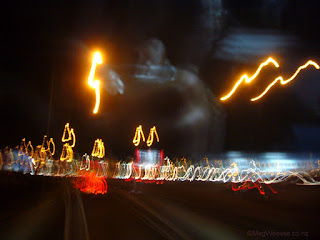 Arriving at the big smokes after dark. 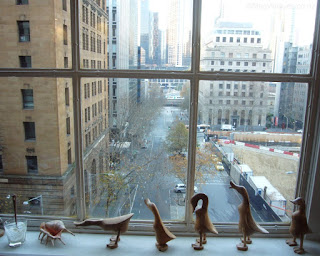 View from the window of the accommodation, down Market Street,
looking south towards Yarra River. 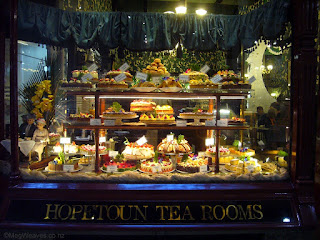 Block Aracade. The place was crowded and we didn't go in. 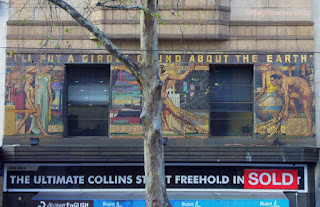 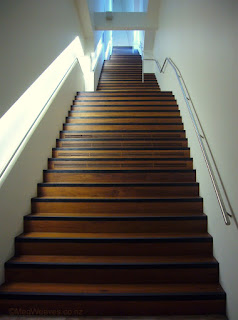 National Gallery of Victoria - Australia in Federation Square, four flights straight up.
We took the lift up to the top and came down one flight at a time. 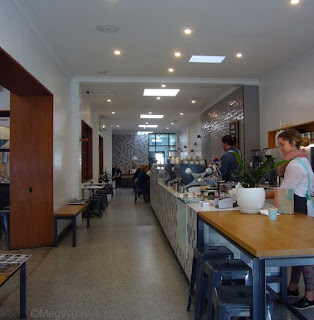 Padre Coffee, the only place Ben had to go in Melbourne. Otherwise we played it by ear. 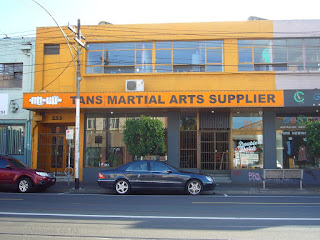 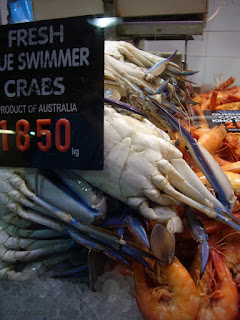 And now some from Queen Victoria Market!! 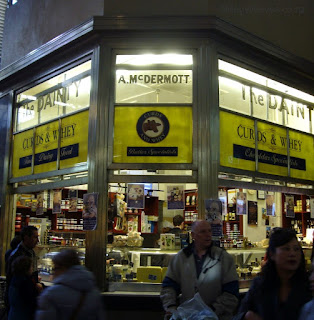 We got THE BEST  bitter soft cheese from France, and a pretty good blue. There was also a butter shop, the first time I encountered one, but since we didn't have a kitchen, (more on this later,)
I could only admire in awe. 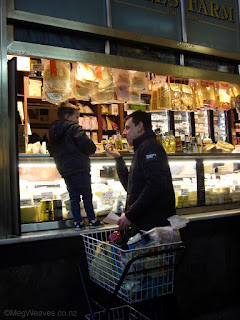 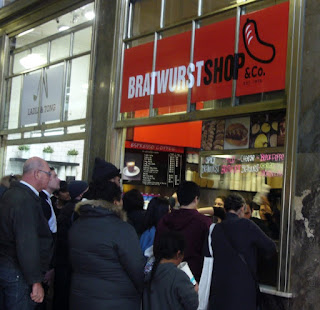 Best coffee at the market according to the local gentleman who shared our table,
and darned good sausages, too. 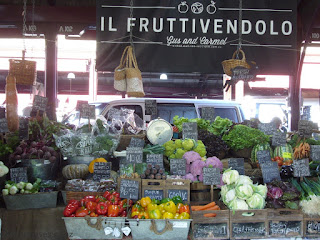 I was looking forward to all kinds of specialty produce stalls, but this was the only "Italian" stall I found, although many others carried a few typically Mediterranean produce.
There were plenty of Asian produce stalls with, among others, amazingly-looking bitter gourds! 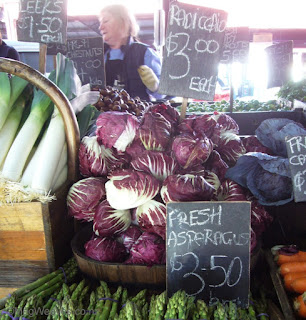 I love radicchio; I usually wash and eat them raw, but this time we had some scrumptious cheese.