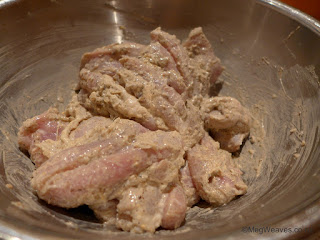 Day 8, August 19. Last night when Ben went to retrieved my mail ordered arthritis massage oil from the PO Box, he stopped by the supermarket because he wanted me to make butter chicken. 😃 It's something I learned during the first lockdown, and secretly I think it's the cream that makes us love it. This morning I did the Day 1 marinade part. The recipe doesn't require turmeric or paprika, so it's this color.

It started raining last night, and it's been a tad cold, so I studied my free-form knitting, trying to see what's going to happen in the next few cm. 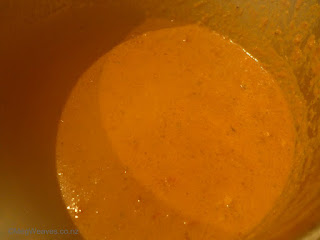 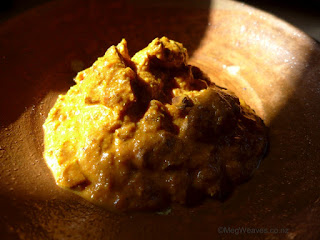 Day 9, August 20. It took me a better part of the day to make butter Chicken. I didn't have some of the ingredients, had a extra of others, so it's slightly different from how it might have tasted the last time, but pretty close to how we remember from the countless takeaway trips. I added extra amounts of most spices, plus some Kashimiri pepper to give it a bite. I told you the last time, it's called butter chicken, but it calls for no butter, but a generous amount of cream. 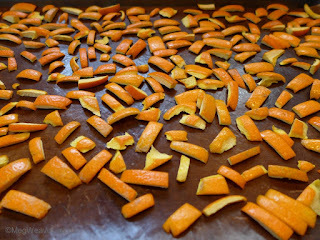 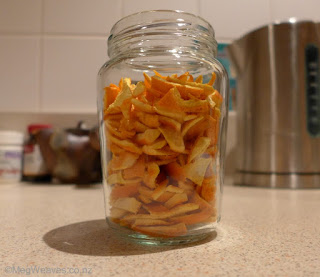 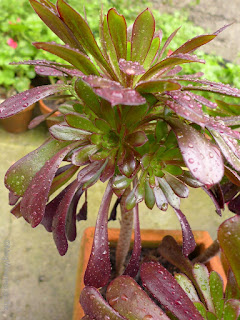 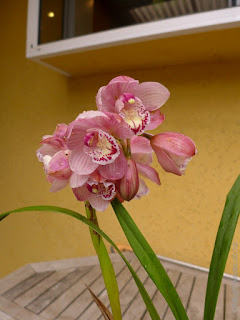 Day 10, August 21. We've been having rain. Usually the day starts fine, sometimes brilliant, so I'm determined to go outside after I clean the kitchen, cook dinner and watch the 1PM update. Except sometime between cooking dinner and the end of the update, without fail the sky turns gray and the wet stuff comes down. First gently and pleasantly, but soon so dark I need the lights on to finish cooking. Golly, talk about not encouraging me.

Today, after the rain stopped me again, I oven-dried the unidentified citrus peel. I don't know who among you remember the flavoured coffees of the 80's - roasted coffee beans came with orange peel, almond slivers, or vanilla something, and we pulverized them in stylish electric grinders. That was my intro to coffee.

I don't know if these will work. They are, as usual, extremely bitter but not very fragrant. If it's no go with coffee, or tea, I'll think of something. 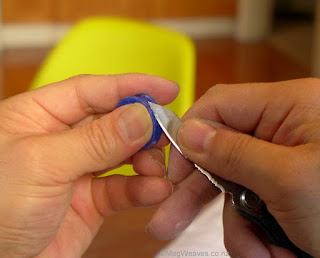 Day 11, August 22. Today was supposed to be, if you believe the Internet, the only non-rain day sandwiched between a week's rain on both sides. It was actually sunny and warm and still and lovely and I'd planned on both of us going outside most of the afternoon.

Except now we plan our days around the 1PM update, and there was none today, and by the time we found there was none, Ben decided he wanted to work on something we committed ourselves to back in May; it's called the lost wax method in jewellery making our friend Tom
is facilitating. We do the wax, he casts the metal, and we polish and wear.

Ben and I talked about our projects A LOT in the meantime, but the more I read about how it works the more unrealistically ambitious I got, and spent yet another afternoon searching images online, while Ben, well, he just sat down, got started, and finished one ring.

I get the feeling the ideas I have for the project is more suitable to pottery or even rock polishing than lost wax, but we'll see. Ben's now talking about possibly getting our own tool or two. 😃 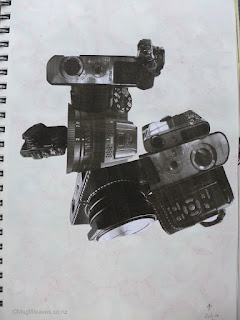 Day 12, August 23. I wanted to keep working on my lost wax project, and went looking for my sketchbook. I'm not big on sketchbooks because most of my pages end up messy and unattractive and I prefer backs of bills and envelopes so I can throw them away when finished. I also cull my pages pretty enthusiastically every decade or so. When I do use them, I work chronologically rather than by subject, so there usually only one currently in use.

At first I couldn't find the current, and picking up an old one, I was pleasantly surprised to find a few interesting pages. I sometimes date my pages but not the year and suddenly I felt the need to mark when I worked in each on the black plastic cover. That was the big part of this afternoon.
I flipped through several sketchbooks, trying to sort them chronologically first, (which turned out to be hard, looking up my blog, trying to remember when I travelled, etc,) then marked start and end month/year on each. It turned out I'm on #5 (A3 horizontal) and #6 (A4 vertical) since the start of 2010. I didn't dare go back further lest I'd waste more time. I did doodle some wax project ideas, but nothing spectacular.

I remember working on these collages - I made five a couple of years ago. I can't remember if I followed instructions on a MOMA modern art online course or I was reworking a Cubism idea I learned in 2013 in Japan. I remember hating them when I did these, but today they all look kind of interesting, something I might develop for something else.

Tomorrow we find out what is to happen to our Levels after Thursday. 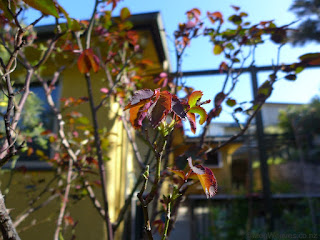 Day 13, August 24. Photo Day 14. I worked around the hellebores until it was too dark to see my hands. While I was outside Jacinda announced Auckland will stay in Level 3 until Sunday, then Level 2 with some extra cautions; the rest of us Level 2 until further announcement on Sept 6.
Who doesn't like new shoots, eh, unless one is so far behind in spring garden prep. I have mixed feelings about these beatiful babies because we didn't even trim the one rose bush visible (if I get on top of the footstool) from the house. Never mind, today was better than yesterday. 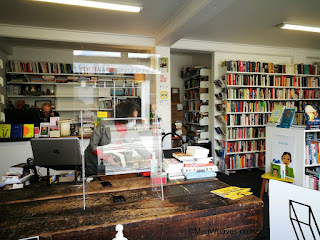 Day 14, August 25. Ben had a time-in-lieu day, so we had a rushed t rip into town, starting with Skunk Granules at the Mega Store, (yes, there is such a thing,) donation at Salvation Army, (I had winter things and today was a already spring,) Volume, and food. The benefit of Level 2 shopping is one doesn't linger; we spent less than five minutes in five places, 15 in two, (15 minutes in Volume felt like punishment, though,) but almost a normal 50 minutes at Countdown, (because they allow two people to go in together.) Besides Stella and us, I saw exactly two folks with masks: a staff at the Asian Food Market and a shopper at Countdown.

A student musical (?) show was cancelled, which is very disappointing since our young friend heads to Uni next year, and it would have been the one and only chance to see him on stage. Unless the group thinks of something this summer. If I'm not mistaken, though, exam season is upon them.

We finish two weeks of Level 2 as of tonight, and best case scenario, just short of another two weeks. I need to catch up with yesterday's announcements, because you know, I was otherwise occupied.
Posted by Meg at 8/25/2020 04:05:00 PM