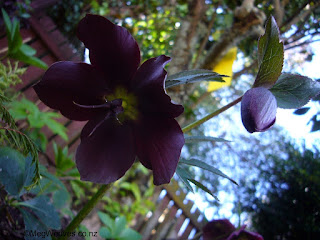 Day 15, August 27. Photo Day 16. The day was still and lovely but my muscles ached and we had quite a lot of rain overnight, so I looked for/made up housework needing doing all morning. Still, the hellebores called, so I went out in the afternoon; these days if it's sunny I can see until almost 6PM. I collect only singles, and in this area only dark pinks, purples and my favorite, slate, but slates don't produce many seeds and self-seeded babies don't survive. This, much darker in real life, may be the only transplanted self-seeder that survived in the 20+ years, although hellebore colors aren't stable so I can't tell for sure. Plants started from European seeds several several years ago finally flowered; they are beautiful slate, much darker than Kiwi slates, but are only 60% in size. There is even a white one with pink edges came out of nowhere. Cute, but mixed feelings; I find myself discriminating against it on basis of color. 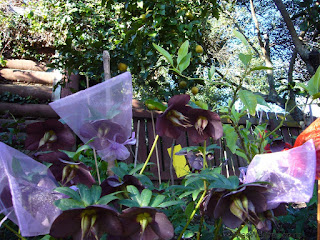 Day 16, August 27. I checked the forecast first thing to plan my day among hellebores; wind to die down around 1PM, cool but cloudy to sunny all day. So, although it was warm in the morning I did housework, and went out armed with tools, podcast and a ginormous To Do list at 1.15. First thing was to put bags over slate for seeds; I hate that they look a little like Abu Graib prisoner, and the red bags are ugly... but seeds? Then I put a few robust seedlings in the gaps. Shortly after I hunkered down near the new babies to weed, the sky turned dark and the temperature dropped. I kept going while watching the sky, then droplets started, so I put away tools, speaker, camera, etc. Just as I finished them away, it cleared, so I pondered, but rain came back so I came inside and had a shower. When I came out the sun was out, grrrr.... but then it turned dark so I just gave up. As I'm typing, the sun was brilliant one minute, but now it's darker. Never mind, I've got things I have to do inside, too.

Considering there's a worldwide pandemic going on, I'll have to call this a good day. 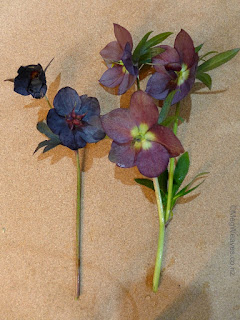 Day 17, August 28. I worked for five hours, digging out Convolvulus roots downhill while sitting on higher grounds, among other things. And for the first time ever, I cut some and brought them in.

The color difference is exaggerated by the camera. The new slate is a little less blue and the old purple is a little more, but see what I mean by the new one being smaller? Also, where hellebores are concerned, I can now squish aphids with my bare hands.

To tell you the truth, I think they look better in the garden than cut and stuck in a jam jar inside, but still lovely. 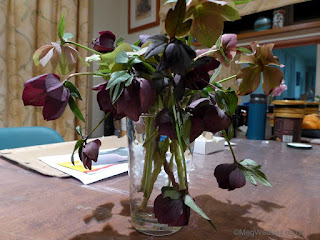 Oh, what? Only a day and a half later. I'm never going to waste potential seeds by bringing the flowers back inside! Id did the blame against the cut stem thing, changed the water once a day. Where did I go so wrong?? 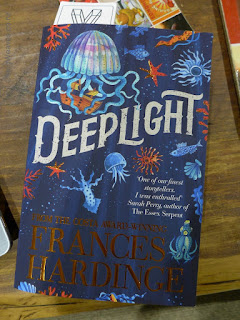 Day 18, August 29. Photo Day 19. I was so keen to get back outside but the sun was so strong I almost needed sunnies inside, so I "decided" I was too tired. 😃 I knitted, read, and paced around the house all afternoon, while Ben roasted a few tons of beans.

I've been keen on young adult novels for the last few years and Frances Hardinge is one of my favorite authors. Her newest, ninth, though I started in late July, I've had a really hard time staying with it. I've read six of her novels so far, all of which had young girl protagonists who found themselves having to be courageous. This one's hero is a boy, a juvenile delinquent; on good days I read two or three pages, then had several days "off". But boy, on Page 55, things suddenly picked up. Frances did not disappoint! 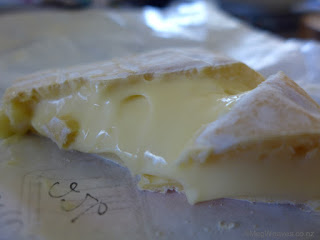 Day 19, August 30. We had a lovely morning coffee with Ben's friends. I revised Level 2 rules with Ben several times, because I shocked an elderly friend when I saw her in front of Volume last Tuesday, but let's just say this morning rules were inversely adhered to, i.e. all of us stayed within 2m of each other, hugging and everything.
Afterwards, since we were in town anyway, we contemplated having lunch or checking out the shops but we couldn't think of anywhere inviting, so we drove out to Richmond to get posh cheese and salami. And boy, did we.

We got home at 2PM, and brought out smoked salmon, bread, finger veg, and red wine, followed up with a nap. It's OK because it was too windy for weeding anyway. 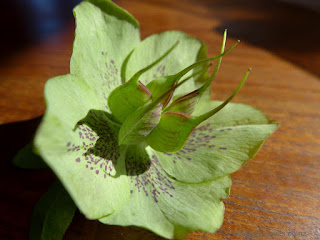 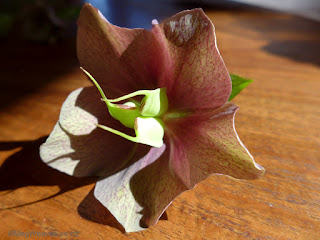 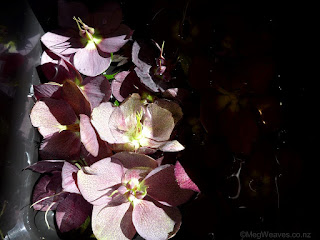 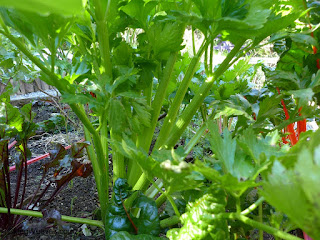 Day 20, August 31. Ben's Holiday 1/14. I've always felt celery was more punishment than nourishment, but Ben reminded me we have free ones this year, and if it's just to add texture, I suppose I could live with it.

Wind was still strong in the morning, so Ben smoked pork while I prepped a chicken with celery and kumura in the stuffing. By the time I was finished, the wind died down, and I knew I had a few seedlings I wanted to put in the ground since rain is forecast tomorrow. I fluffed around, but the chicken went into the BBQ, and I went out. We now have seven (or was it eight?) Sea Hollies we'll be able to see from the kitchen, behind the hellebores, if successful. Yay, me.

And with a big chunk of pork and a whole chicken smoked, we won't have cook so much the first week of Ben's holiday. Yay, Ben. 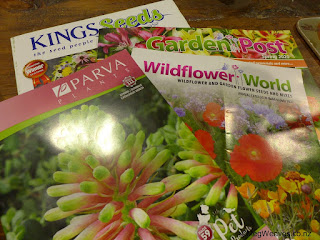 Day 21, September 1. Ben's Holiday 2/14. Today is the official start of spring in New Zealand, but I think Nelson's started last Saturday. The quality of sunlight changed suddenly; glaring some times I need sunnies inside the house. But most importantly, tuis stopped coming.

We've noticed last week we hadn't heard their loud but pleasant calls from early morning, or the flapping of their large wings when we go outside. We haven't seen the one small one always getting bullied, hanging upside down on the kowhai. They call louder on wet days, and we've had the first rain in a week, but nothing. I wonder where they go in the warmer season.

We had a breathtaking tui season this year; I still remember being astonished to find three in our kowhai last year, a first, but this year, five, even six, in our place, on top of the maple, banksia or cherry, hanging from the kowhais, tiny sasanqua, pineapple sage, and even one digging the veg patch on one occasion. Yup, the same small guy. Have a good summer; come visit anytime you like. I wonder if we'll see some of you again next year.

Rain was forecast for today so I had lined up a bunch of trivial jobs that had piled up in the house. It did rain, but kind of enough so I can't say it didn't with brillian sunny patches in between. I didn't get much done but ordered three packs of seeds. And gee, it's September, peeps.
Posted by Meg at 9/01/2020 08:11:00 PM