Now that we are back to Level 1, I shall try to revisit a difficult post I worked on for days and then deleted. I'm rambling, forgive me, because the fact I could not stay with any train of thought is one of the reasons I couldn't finish the post, or do much of anything that required thinking. But for what it's worth...
For years I read the weather/climate affects mental health. I never bought this and was never bothered by bad weather; because Nelson tends to be sunny, warm and dry so many days of the year, I welcomed rainy days for a change. In the last few years, though, I've seen more dark, gray days I don't remember having previously, and about Days Four of those stretches, I felt my spirits wane.
With spring arriving, we have more days with strong sun and I've had headaches even when I stayed inside. That itself is an annual spring thing for me, but I was feeling so flat consistently I began to wonder if mild-to-moderate depression was returning. The definitive argument against this was I wasn't doing Jacinda's East Coast Wave, the thing I do with my eyes and chin that usually tells me it's time to get serious.
Besides thinking, I had a hard time reading, designing, (I have three more T-shirts to dye,) thinking of weaving or weaving, drawing, cleaning the house, or getting ready to go into the garden. On the other hand I didn't have to think too hard to knit, weed once I was outside but not planing, laundry/ironing, or do anything in the kitchen. I don't know what these mean, but at the time it didn't feel as simple as menial vs thinking tasks.
One of the hardest issues, even though, (or because?) we didn't go outside our boundaries much, was the rules of Alert Level 2 vs the way humans were behaving in Nelson. Social distancing was seen only on posters and floor markings in public places. I'd be lucky to see one person with a mask on every outing, to the point once even we forgot to bring ours.
We want to do the right thing, and we don't want to get sick, but by the same token we didn't want to virtue signal, and ended up needing a serious discussion in the carpark of a supermarket on Sunday. In the end, we took off our masks and stuck it in our pockets before going inside the store. Although the poster said' "One person, One trolley," which we interpreted to mean only one shopper from a family/group, we both went in because, I hate to admit, because everybody else was doing it. For this reason, I referred to go to our second favorite supermarket during lockdowns where the rules are somewhat more closely followed. All week, I kept looking up cognitive dissonance but I didn't have the patience to finish reading even a Wiki entry.
As a Japanese who grew up with famously strict parents, who went to a Catholic convent school for 10 years, who tends to error on the side of caution on many issues, who hasn't got a problem following rules even when she disagrees when such things as a plague is concerned, I find it extremely difficult to understand?/forgive? the majority of folks who ignored them, and wondered who among them questioned in private. On the other hand, there have been no positive cases in Nelson/South Island in I can't remember how long; I concede life has been painfully normal in most respects, I don't blame folks who can't see the point in following the rules. And then there is the small matter of being visibly Asian in a rather white town and wanting to avoid unnecessary nastiness.
So I was feeling flat all last week and then on Wednesday my sister told me Mom is in hospital for what she understands to be observation, (i.e. something more than the care facility is willing to handle,) but because of the Plague she can't visit and has to wait for the hospital to ring. And they haven't rung. I've got another post about Mom I started in... May?
There is absolutely no doubt my news consumption isn't helping. That thing about being informed, witnessing history, blahdyblah. Let's face it, opening social media to read, too often only the headlines, is much easier than a lot of other things for a sloth. About a month ago I created a Twitter account just so I can follow a few journalists because they are not on Facebook, but it took me a couple of weeks to tweak/limit whom I follow and train myself to check only once a day. And because I follow no arts/books/non-political folks/institution, it is starker than Facebook how limited one's information leaning can be. It's also ridiculous reading a 37-tweet thread explaining the 5th Senate Intelligence Committee report sandwiched between Tottenham Hotspurs, (I know what that is!) and the state of the plague in Victoria, as if they are of the same importance. Also funny how childish/reactive/slogan-y some revered law profs and former [insert high-ranking legal/govt job titles] can be; so easy to unfollow when even I can think of a snappier dissing.
Just to be on the safe side, I put myself on low-dose supermarket St John's Wart, and got some herbal sleep inducer. (I also noticed hay fever eased up when the mood was particularly low - I wonder if they were related. I was thinking of getting T-shirts saying, "Hay Fever, not Corona". ) I don't mind talking about my kind of mild-to-moderate depression, being asked about it, but I don't want to talk myself into it, and this time I'm hoping if I ignore and just do stuff, it might go away if it was ever here. 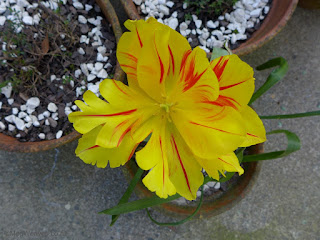