Not Ready for Prime Time Weaver 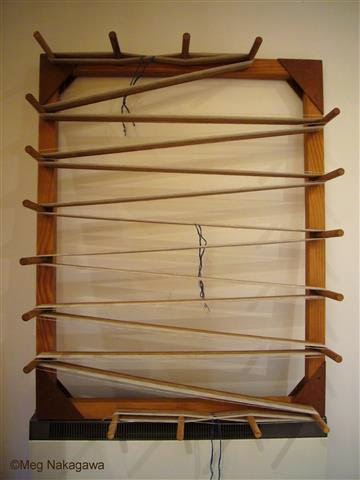 I took this picture this afternoon because I wanted to say I love doing weaverly things. I was happy, doing things I was meant to do. Except sometimes, or more often than some times, experience, and words, fail me. 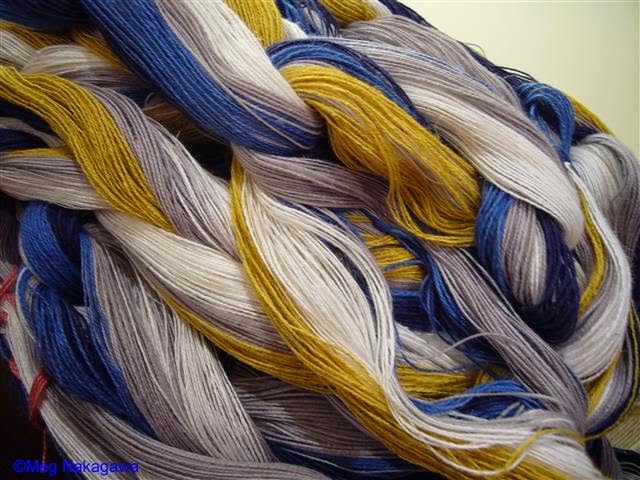 I suspected I might not have enough of the mid-blue for the middle stripe seen in yesterday's post, so I had a dull yellow for standby. It turned out I didn't have enough for the two narrow stripes on the sides, but also not enough gray also, so I had to readjust and vary the width of the stripes a bit.

The colors are nice, though. 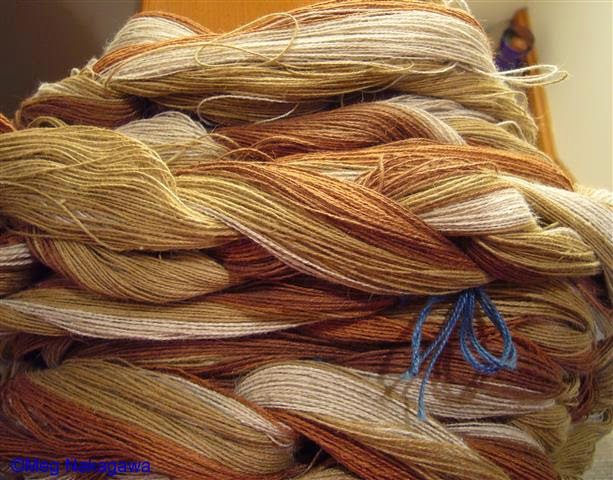 .
But I was using all new bobbins for this lot, so I never even stopped to think. Well, yeah, heck. I ran out of the palest by 12 ends, so I had to rejig these babies, too. Yikes. I'd forgotten how short one of these Swedish cottolin bobbins are compared to, well, 1kg of my skinny cottons or soft cashmeres.

I'm not sure if I'll modify the threading as well or just the width of the stripes, but I felt so incompetent. Careless. Stupid. But what bothers me the most is that I think I can wing this. Don't I strive for perfection any more?

The brown warp is evocative of either the 1970's kitchen, (remember the choice of Harvest Gold, Avocado Green or Brown?) or it's Milk Choc, Mocha, Butterscotch & Meringue; I can't decide, but it's very brown.