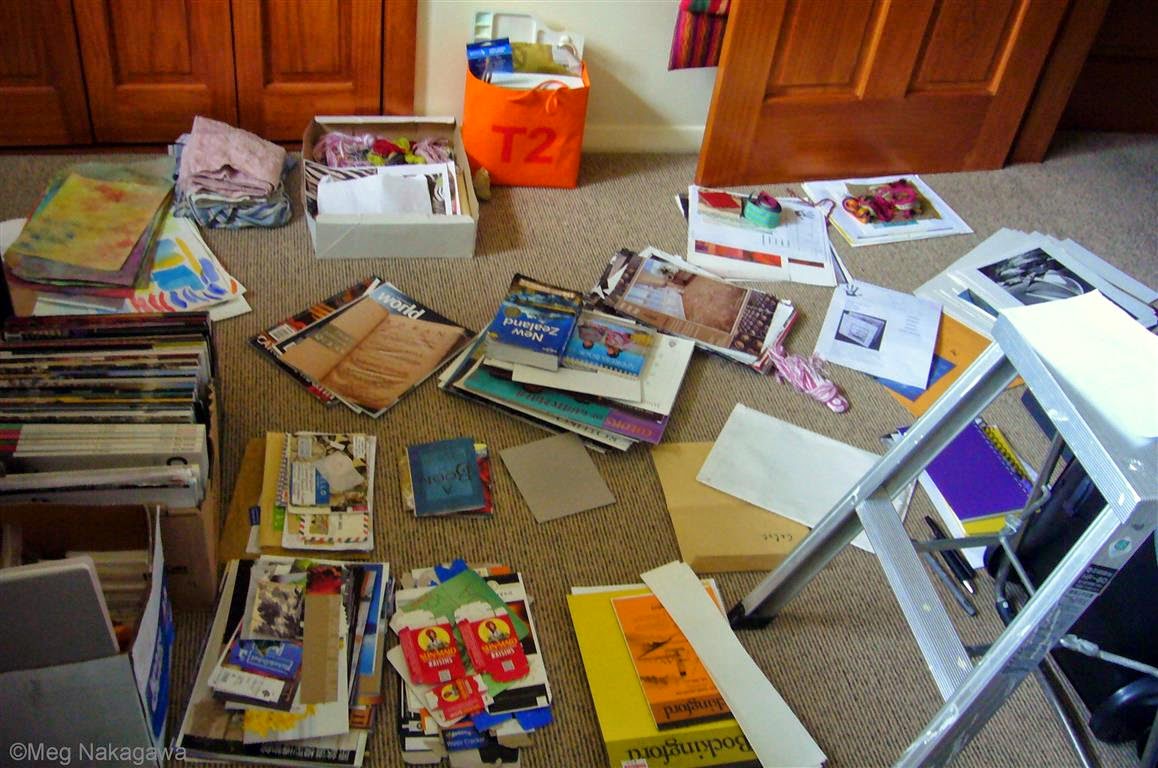 Sometimes I'm told I overthink, but if I don't I'll stop doing things so I keep thinking. I've had a fun few days gathering stuff for the mixed media workshops but I felt overwhelmed by the task and stopped; now I need to be selective and random simultaneously and still comply with the airline restriction of 23kg for check-in and 7kg for carry on. Or be organized enough to send them by the end of this week.

In the interim I had a housework day and came up with a good idea while ironing Ben's numerous shirts; instead of trying to concoct scarf ideas for people I don't know well, to weave at speeds that would make Superman's head spin, i.e. well outside of my abilities, I decided to put on a towel warp. I don't know too many who can't use one more  dish towel, do you? I'll use a modified recycled threading/drafts, but will play around with new treadling/lifting, too. 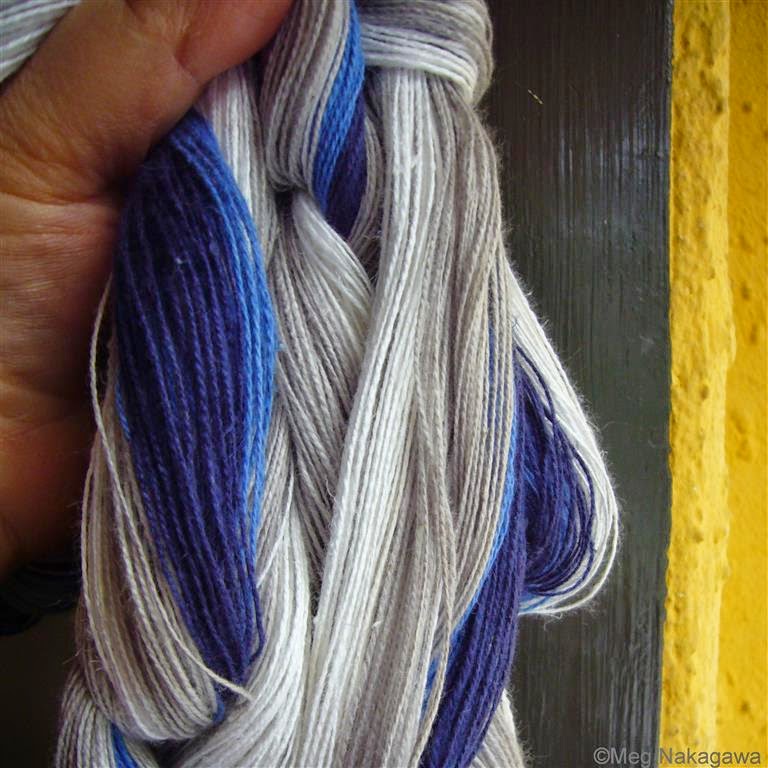 In real life the warp colors are a little more saturated.

I'm also tying on another warp for Mom and me.

The dilemma last week was we had splendid sunny, calm winter days perfect for Meg's-albatross-ing, (gardening,) while inside was cold and miserable. And I was splayed on the floor at the cold end of the house tearing old mags. I go between dejection and unfounded buoyancy about the garden but I can tell you I'm really looking forward to next fall/winter; it's only eight months away.
Posted by Meg at 7/20/2014 11:08:00 AM