I wove this on the Jack yesterday. 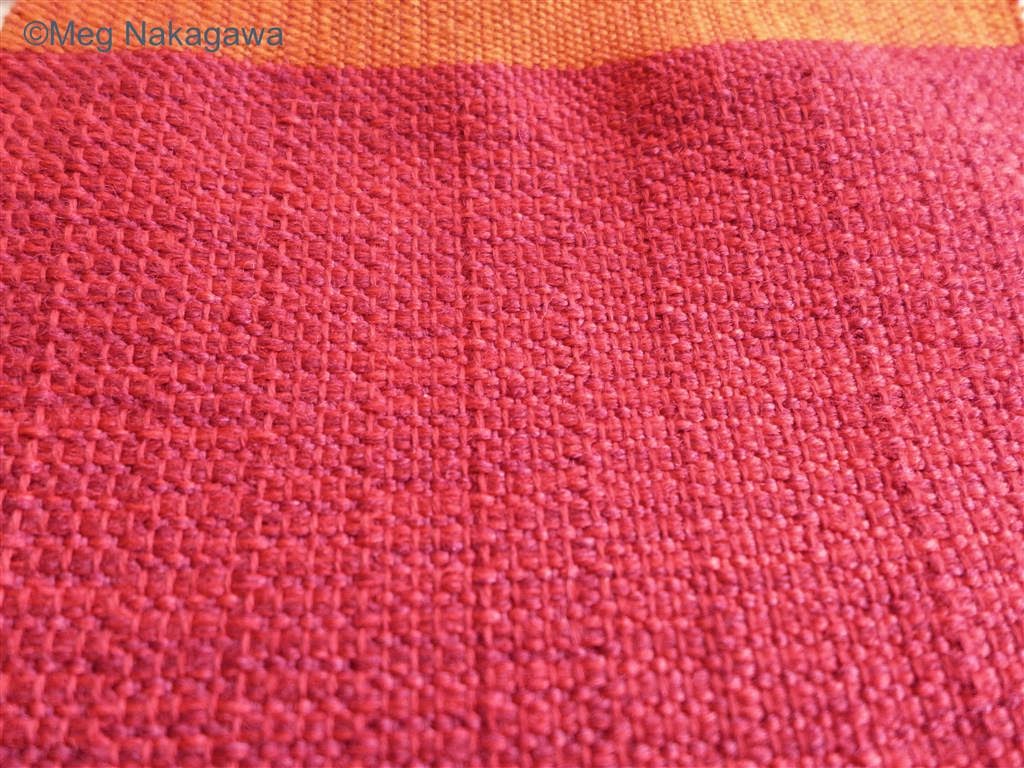 I used three red 110/2 wool yarns, roughly 2/16. Let's call each color A, B and C; the warp is alternately A and B on the right half, B and C on the left half. The weft is ABC. (And they are deeper reds, not pink.) The sett is 12EPI in a 6DPI reed with two ends to the dent. You may be able to see the last four picks and the orange bit are flatter in plain weave. While weaving, I couldn't see what the interlacement was supposed to be. 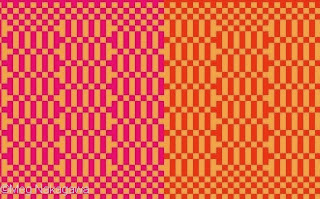 So here is the draft, though I didn't bother adjusting the yarn widths. I am looking forward to washing this and see how it looks.

Before this piece I wove two handles for Fancy Pants shopping bags in plain weave using the same orange silk weft as that used in the body of the bag; very boring. So I thought to use this three red combo as another set of  handles but it proved too red. 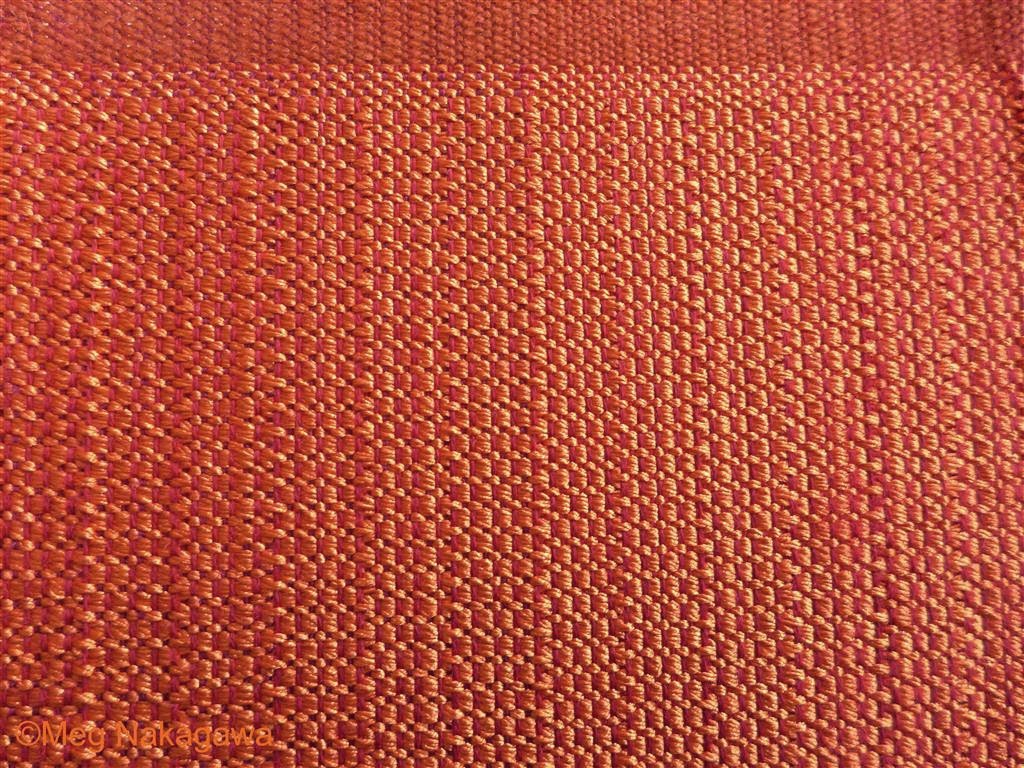 Today I wove the same pattern using the orange silk weft. The orange silk, (looking a little dull here but it' is the most alarming orange you can imagine,) is excruciatingly slippery but I'm still hoping the handles won't come apart.  We shall see. 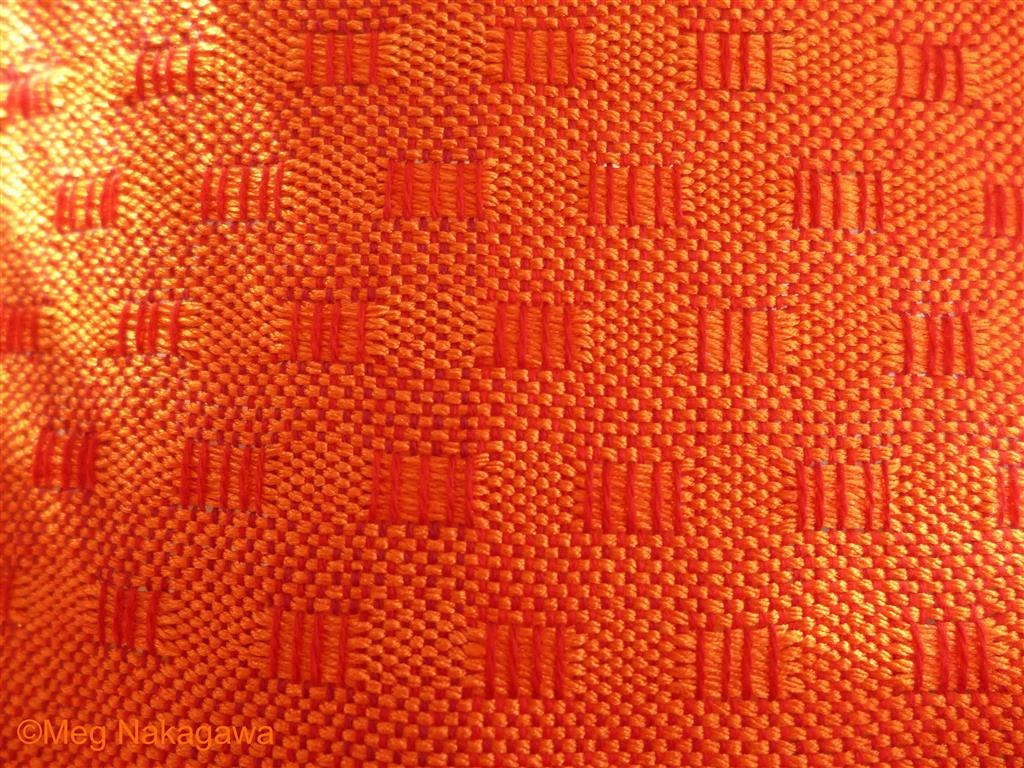 The next tiny sunglasses/camera/small-phone bag, with the same silk in the weft,  looks like this on the loom. 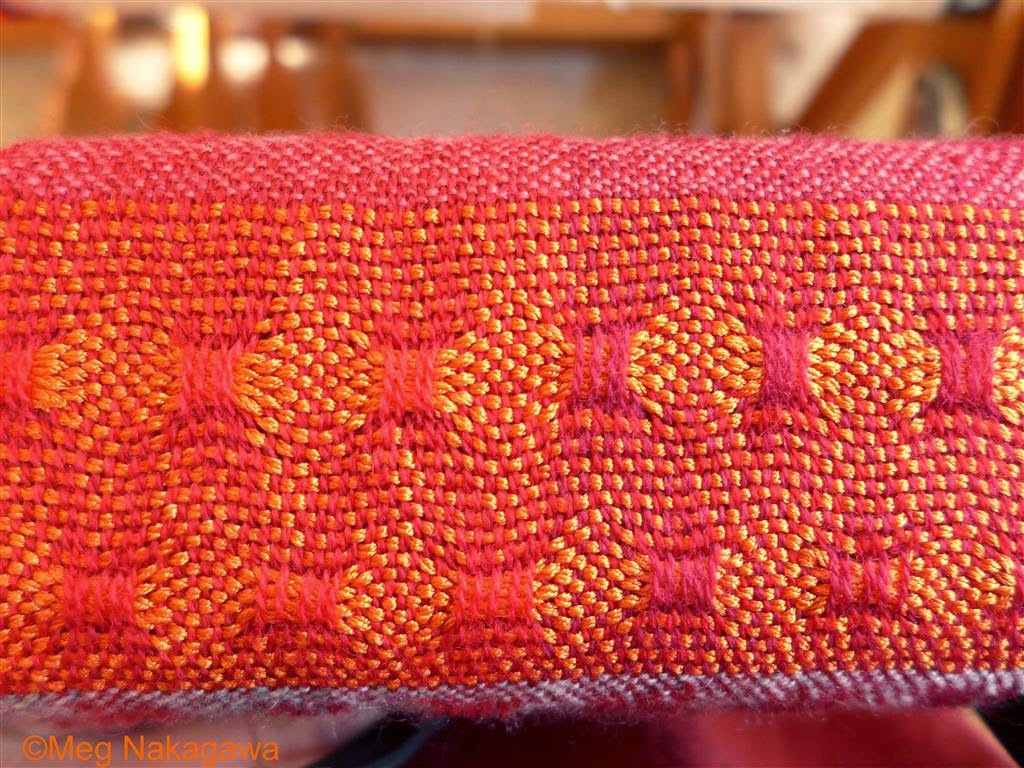 But it washes up something like this.  The different reds really comes though and add nuance to the orange cloth in this yarn combination.

I decided to weave on any/all currently dressed loom as many of the warps have been on for a while. Today I wove red projects on the Jack and the rigid heddle. I've reached the decision the gray cashmere scarf will have to be terminated, but I don't want to cut it off just yet.