And in the Next Little While Part Due (or Seconda Parte) 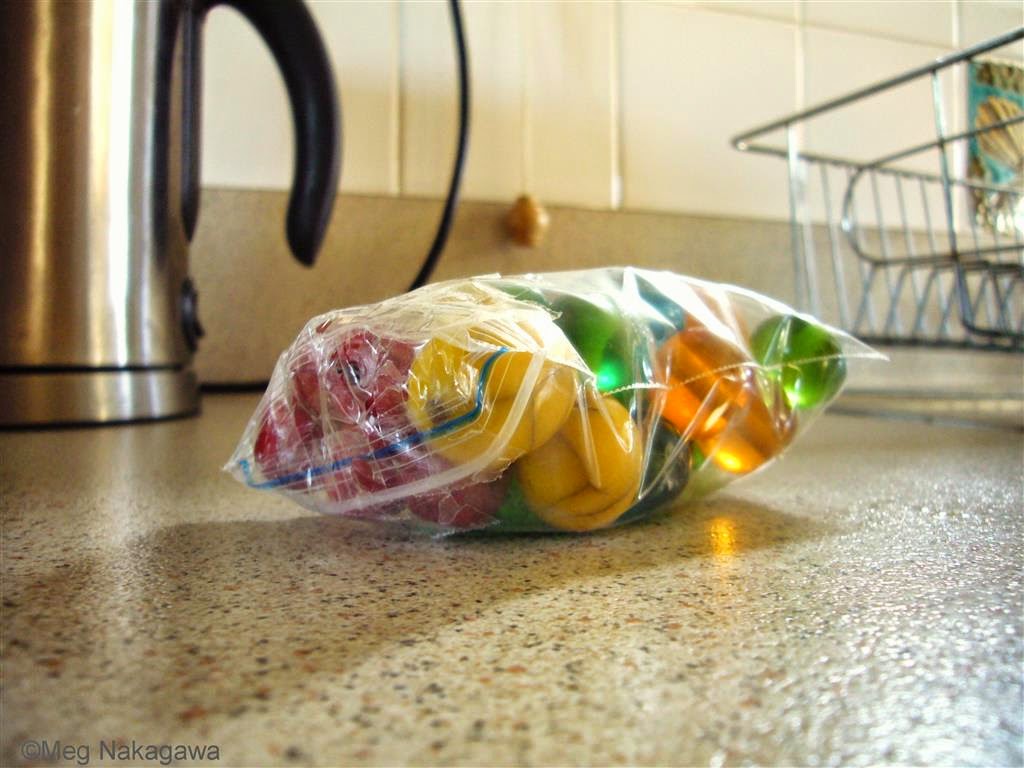 I wanted a counter/abacus on my loom so I went to get some beads; the lovely lady suggested the $15/bag deal; as long as they fitted, the bag didn't even have to close. She taped the bag shut for me, though after I've chosen resin beads.

Ben recommended yarns, but so I could thread through the tiny holes I opted for the skinniest elastic, which sagged!

So I did as Ben said.

I saw Brian the osteopath; we figured out my hip problems stems from a fall I had in July 2006, (he pointed to where I landed, which I had forgotten,) aggravated by a series of difficult warps as Jean the physio figured. Because I carried this for eight years it'll take a while, but Brian is confident we can fix it. He's so busy, though, I had to wait seven weeks to see him, and my next appointment is at the start of December.

We also discussed Ayurveda for my weight, and when I told him I needed a new GP he recommended me his own. I was able to meet Dr Karl the GP that afternoon, who, among other things, recommended I look into fasting every other day! I enrolled with his practice anyway as this doctor listens and he is interested. Meanwhile, Brian says I can keep doing what I've been doing as long as I'm not hurting. It'll take time and money, I'm still limping and fat, but I'm feeling positive about the hip and general health.

I went to the library while I waited for Ben; for no reason, I started looking at textile art books, and noticed a big change; instead of feeling as though I have to make similarly strange things, I now see what others make in a more detached way, and wonder what I would do as a weaver in a more independent way. In fact, I've felt very comfortably being a weaver for a while, which is a bonus considering I spend a lot of time and energy being one.

Ben's been working on the candy car and it's sat in the middle of the garage all week so I couldn't get the tub out to wash the two from the bubblegum/lollipop warp. That's for next week. 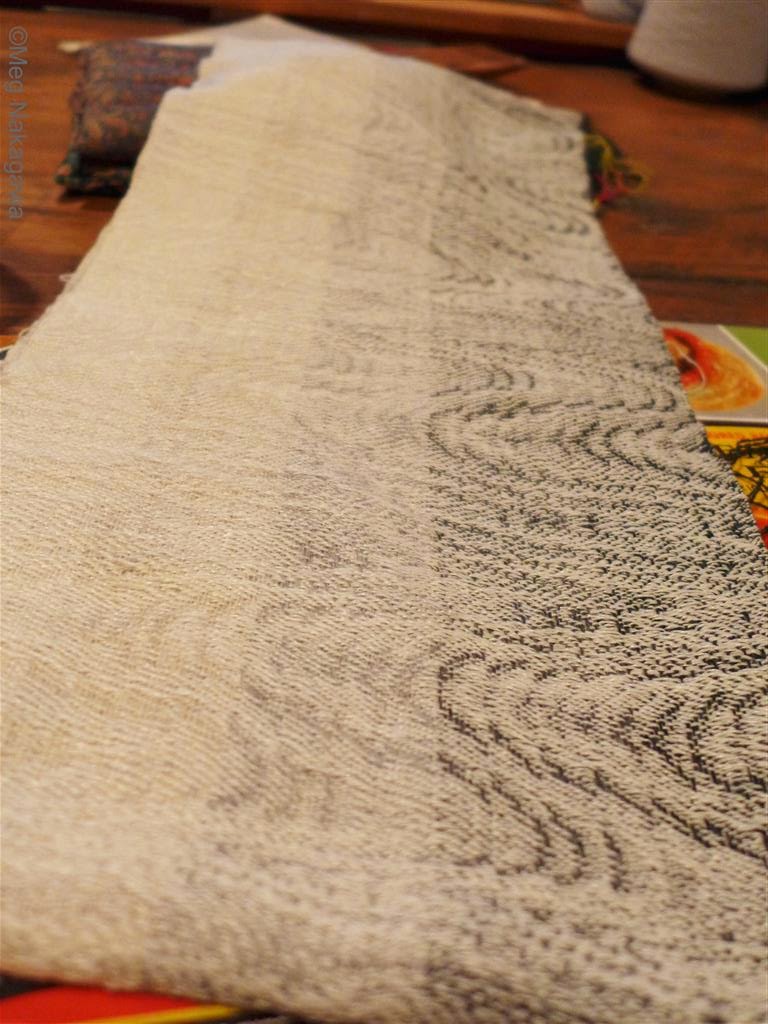 Today I had a great idea of weaving the gray piece to 150cm so I might wear it even if I can't gift it, but faced with fine-tuning the tension once again, I couldn't be bothered and cut it off; I have 120cm and a bit so I still might be able to wear it. After much mending. 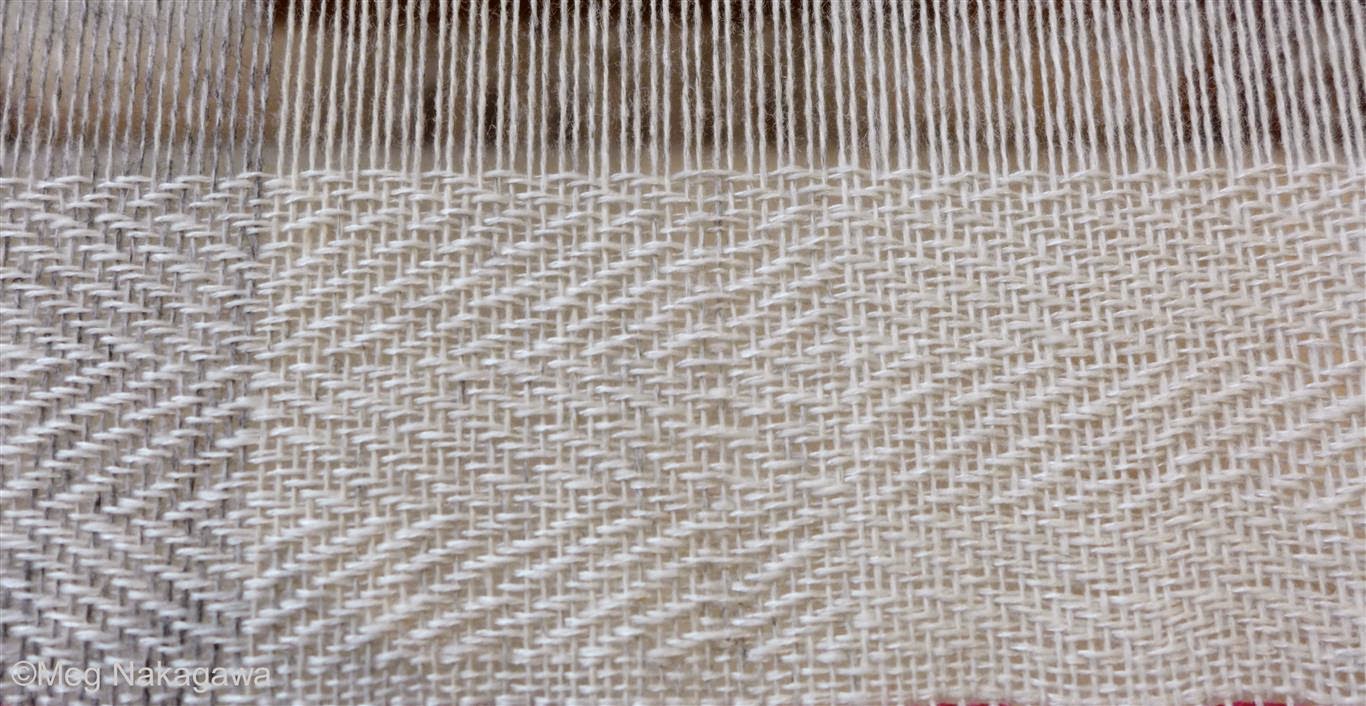 The warp was gingerly transferred to Jack, threaded in Dornick twill, but boo hoo after about 70 picks, in spite of checking it twice, I found a threading mistake. Tomorrow. Or next week. 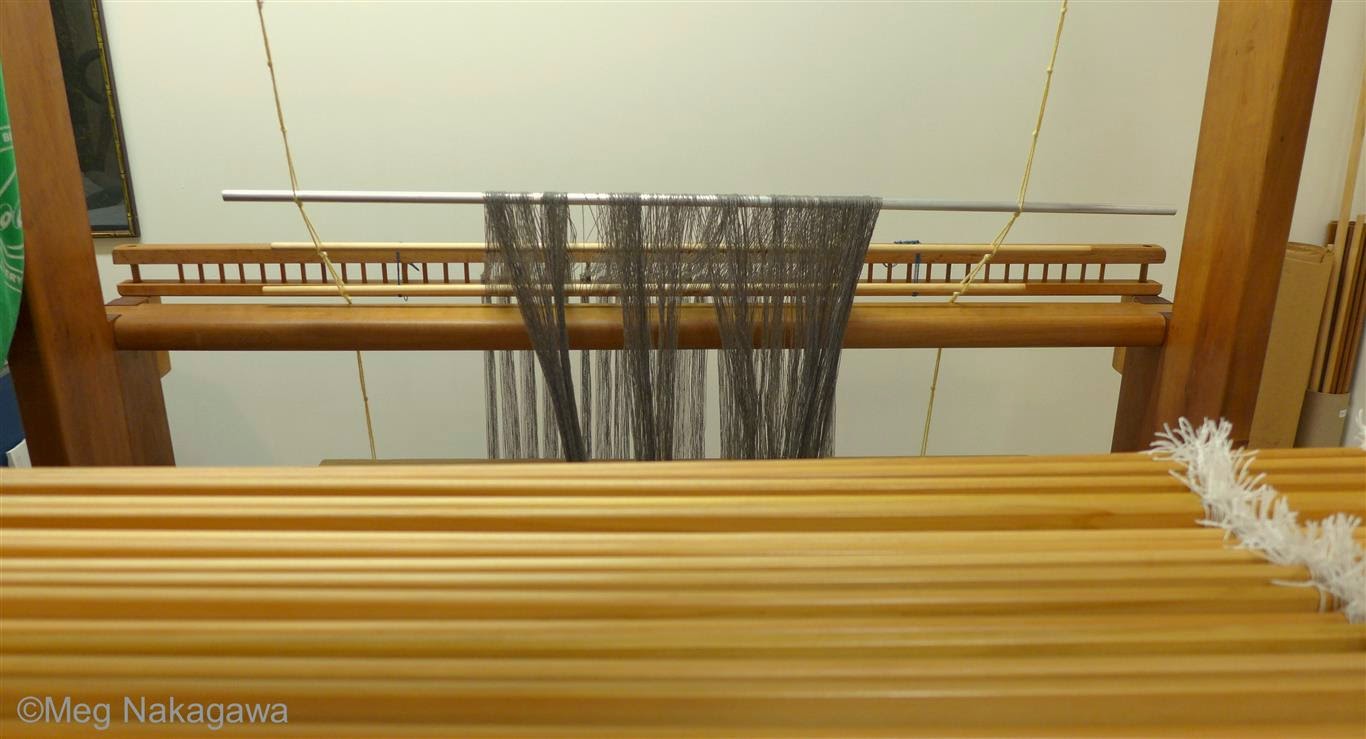