Garden Blitz Day 12. I woke up at dawn thinking it was raining heavily, then went back to sleep without checking. Then about 7, I got up to the usual roaring wind. Even if it had rained, all traces were gone. We checked our emails, ate a good breakfast, checked Facebook repeatedly and read while stupidly expecting the wind to subside. At 1.30PM we finally decided to reconvene between 4 and 5PM to see if we can go outside; at this time of the year it's light enough to garden until around 7.30PM or even later on a fine day; even later further into summer.

The wind blew and blew and at nearly 9AM it's still going. The evening news said Nelson is having a record dry November and is in drought condition. It's official.

In the afternoon I had intended to rethread and weave, but instead made rice flour, (time-consuming but doable), tapioca flour, (don't bother,) resuscitated the sourdough, made bread, (in the oven now,) made coffee kombucha, and read more about kombucha in general. And watched as much news I could find on Ferguson.

I still have to go water the seedlings, in pots and in the ground, later; evening watering usually happens around 10.30PM in the summer.

"Didn't garden" posts are lame enough, no picture is terrible, so here are a couple. 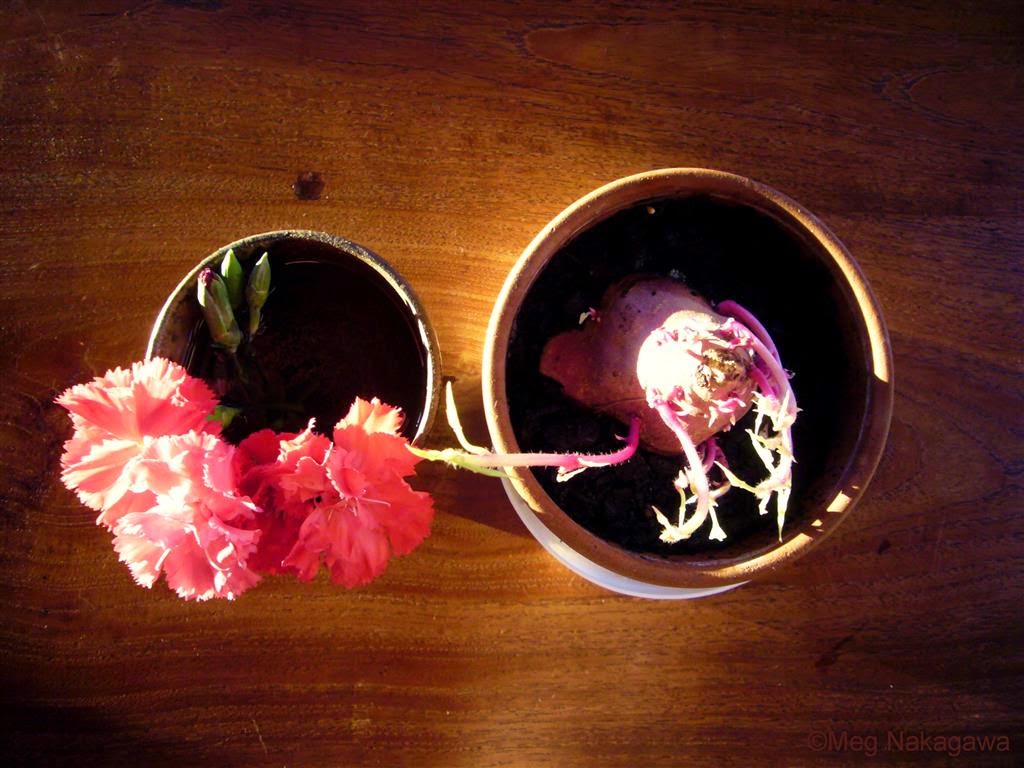 Left: a few dianthus flowers I broke while weeding their patch and filling in the gaps with seedlings.
Right: one-quarter of the sweet potato from dinner last night. I put in a dozen viola seeds in this tiny clay pot yonks ago and kept it in the kitchen, and half a dozen packets outside. Nada; haven't seen any of them. So I stuck the "live" part of the sweet potato on the soil; it might need better soil to root, but for now it's a cute decoration. 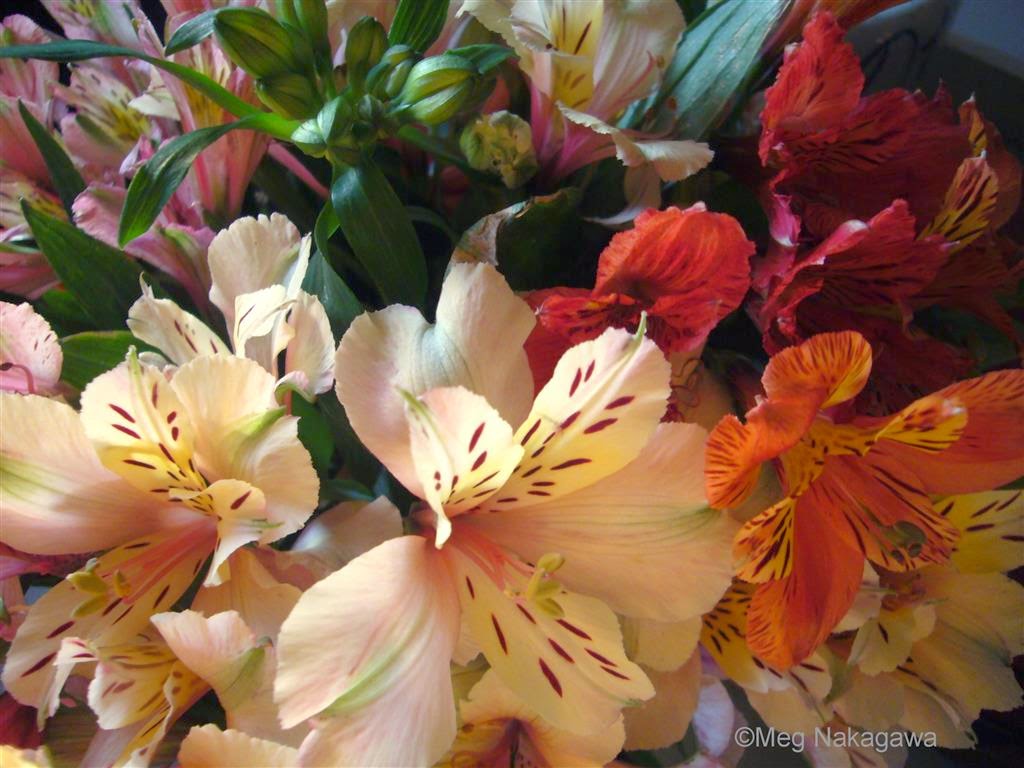 Casualties of pruning. I tried cropping this picture in different ways but they are all our babies, I couldn't cut anyone out.

I've been thinking of healthy eating, again. Ben doesn't touch my no-refined-sugar jam, or yogurt, and though disappointing because mine have no additives, I like them and I'll keep making them, just not on regular basis. My jam is nice, if I say so myself, but I eat it too often; I usually eat bread with nothing on it so albeit nutritious, it's extra fructose so maybe occasionally. Ben won't go near my kombucha which suits me; I love it and may need another big jar, though from what I read it's better to let it ferment longer to boost nutrition. The first two brews I left for seven days, and a few days of second ferment, so it's a sweet sparkly drink I'm enjoying, not as vinegary which is better.

But we have not been too keen on my gluten-free or very-little-gluten breads. Rice flour sourdough is harder to understand and sometimes I feed it wheat flour to give it some energy. I know gluten-free breads are as different from wheat flour breads as soy milk is to cow's, and so far I've produced perhaps one or two nice loaves. It's hard to know when they're baked as they don't give that hollow sound when tapped. Today I included pulverized tapioca for the first time so there may be hope but I think I'll keep the sourdough going until I try proper tapioca flour. Then I might give up.

Ever since I stopped making wheat flour bread, though he eats some commercial bread and we eat pasta and couscous, (occasionally but far less often,) Ben seems to have slimmed down a little without changing anything else. It appeared I was going in the same direction for a while, and certainly experience far fewer indigestion, but with the jam and sweet kombucha, I feel bloated more often now. Darn.