Happy 2015. Let this be another colorful, luxurious, even-tensioned, clean-selvedged year to us all. 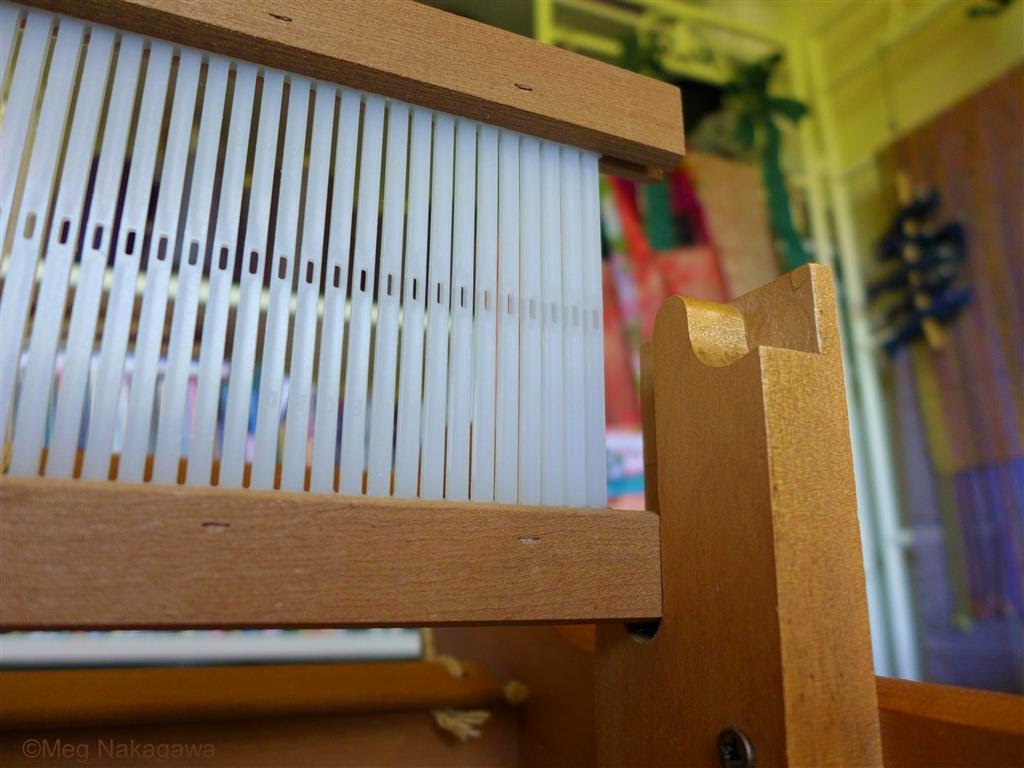 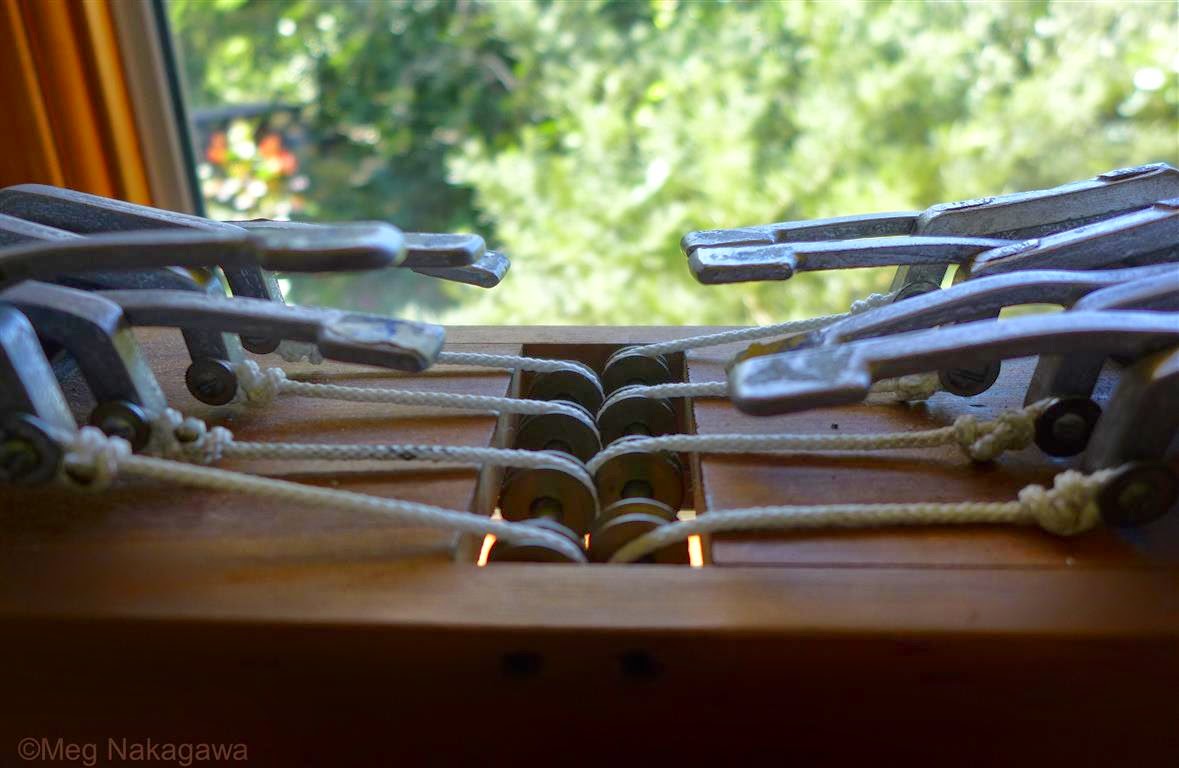 Ex-Nelson Polytechnic Weaving School sample loom; she had the same warp since mid-2010 mainly because of bad access in the crowded stash room, but the warp and the structure, Summer and Winter, have been on my mind. 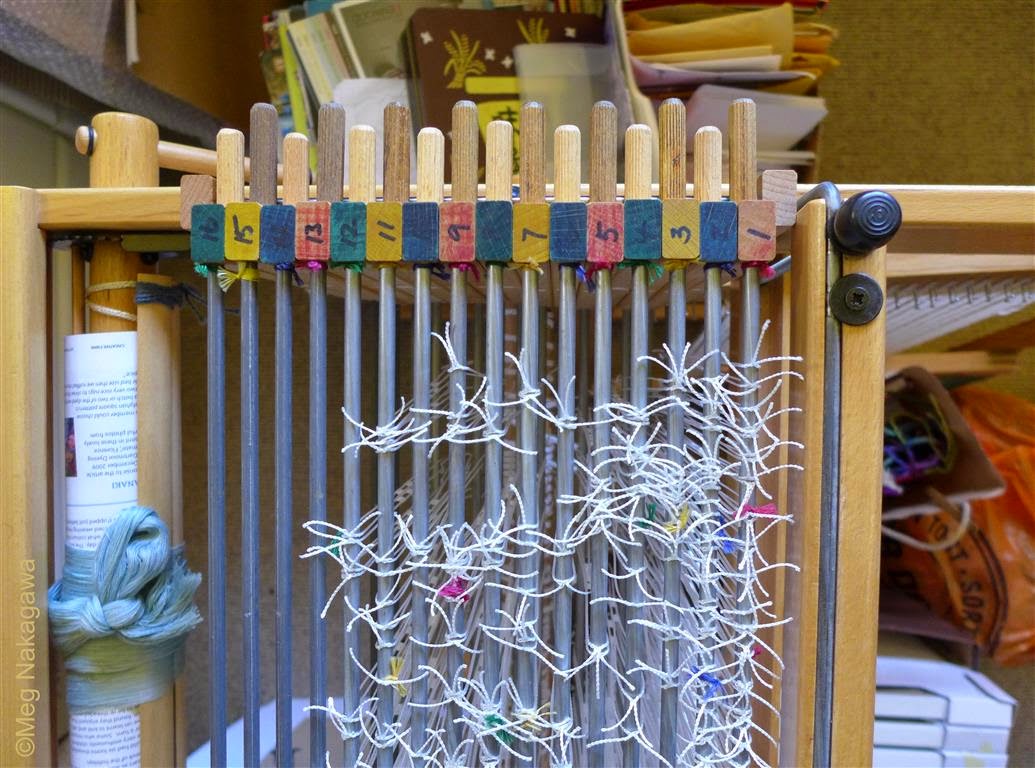 16-shaft Klik, circa 2000; she has a semi-permanent cotton sampling warp and
has been a supportive collaborator when I've felt experimental. 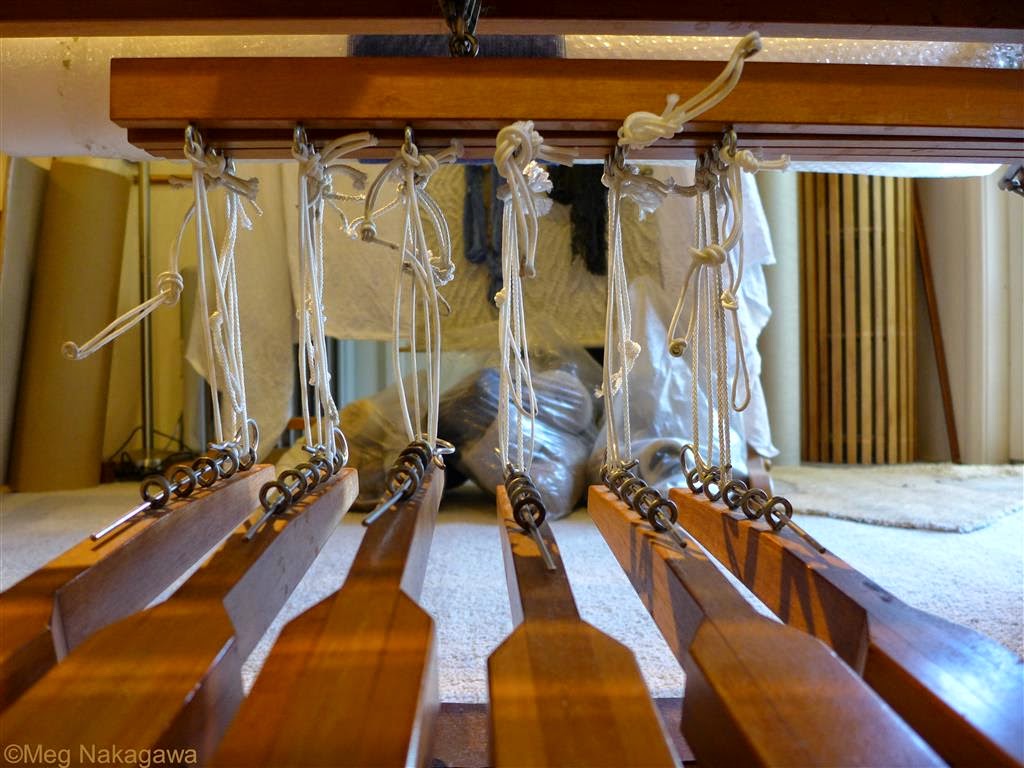 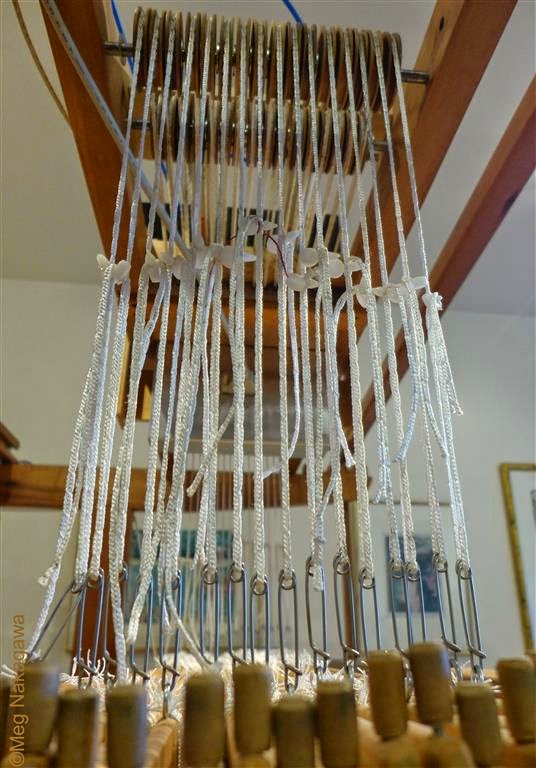 Retrofit 16-shaft computer-controlled Thorp, a. k. a. Mac, age unknown but probably the 1990's; along with the car-stereo-turned-workshop-sound-system and Joe Cooker CD, my trusted colleague.

Thank you, participants and visitors alike, for a whopper of a Looomsday.
This initiative has now closed. Thanks again.
Posted by Meg at 1/01/2015 11:35:00 AM