That Space Surrounding the Habitat

Has it been a month since the longest day? I noticed last week the shadows began to fall differently during the day. It's been a hot, dry summer and even though the hottest temperatures can occur at the end of January or in February, I think it's safe to say autumn is hiding in plain sight. The cicadas are certainly boisterous.

This time of year I feel sad everybody else's veg patch are beautiful and bountiful, gardens filled with flowers, and regret not having worked harder. Not this year; I have a small patch, but more importantly, I worked hard in 2014, (albeit with big breaks,) and clocked 116.5 hours weeding and digging and planting. That's a whole lot for a bona vide indoors person. And though the viney weeds look worse than ever, (I've never seen anything like this; I swear weeding, digging and, heaven forbid, putting in compost encourage them rather than deter,) I started to look forward to the coming autumn/winter. 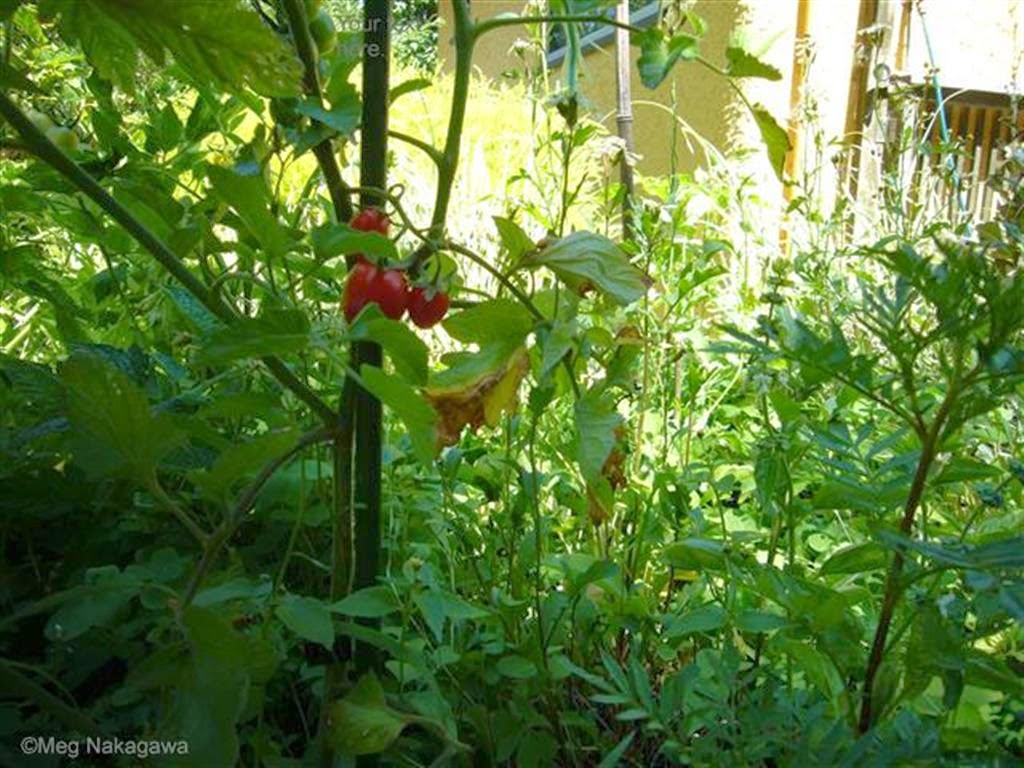 In spite of clovers coming back with gusto, tomatoes big and small are ripening, I'm going to have enough garlic to braid for the first time, and I still might get dwarf beans or peppers.

We moved into our house 18 years and a few days ago. And since it doesn't look like I'll be moving to an old city with stone buildings, a university with a robust lecture program, or galleries with robust exhibition schedule, I might as well love living where I am. And I know many Kiwis take to gardening as a creative process rather than part of grunt work.