When Second is Better than First

I had hoped to make a draft somehow resembling pohutukawa flowers, lines radiating from the center of circles. While working on the computer, Antiques Roadshow UK was on, and though I wasn't exactly watching, I now see which item caught my attention: a set of gold-plated Victorian (?) faux Greek jewelry. Apparently folks liked dressing up back then. Said item was a set of two earrings (?) and a bigger pendant-head-like item that could have been worn on the forehead (??). The draft also reminds me of black and white photos of reconstructed artifacts, coins and seals I used to pour over as a kid.

I like it, but they are no pohutukawas, and I'll have to forego names like "Kaiteriteri" and "Marahau", but that's OK. I wanted to weave almost all of this piece but I wove quite a bit yesterday and my body was thinking of complaining, so I took it easy today. But I took this feel good pic. 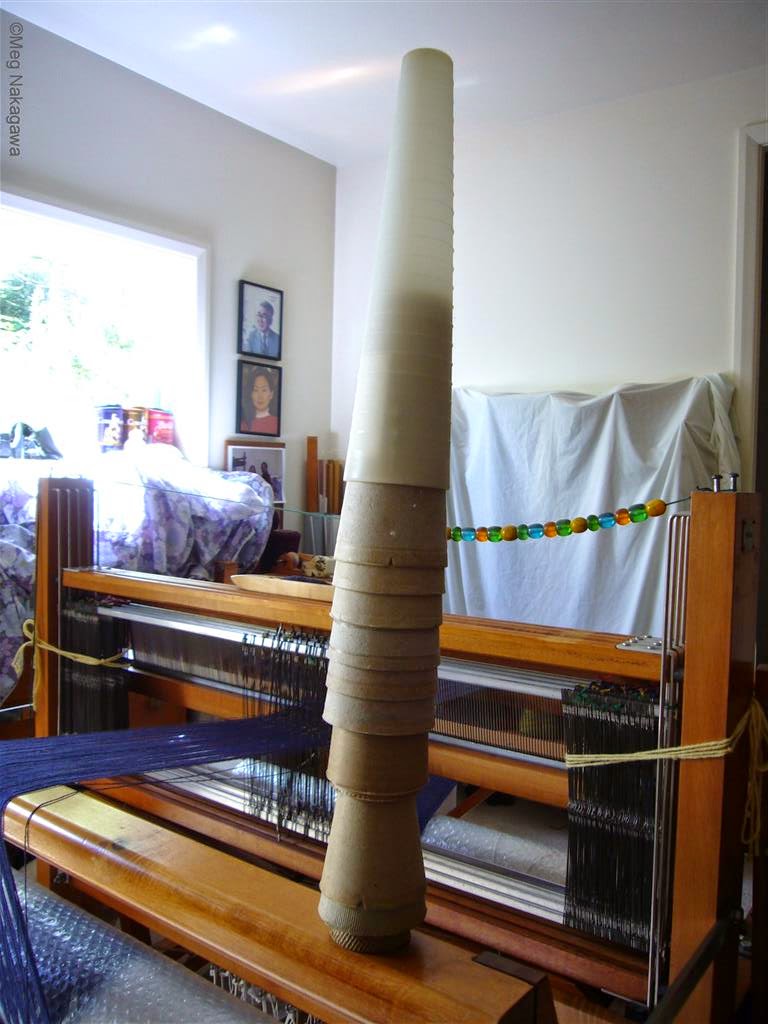