Not so long ago, I swore I wouldn't make new warp chains until I used up all I've made already. Well, that didn't last long.

Wednesday afternoon I made balls out of skeins from the wool I brought downstairs, all the while gazing at the cones on the shelf, thinking and not thinking. I reached the conclusion I would make warp chains with merino/mohair mixes.

I don't like mohair; I can't wear it, and it's itchy and sneezey to work with; I need antihistamines and still work through itchy eyes, face and arms. And when used with my favorite 18/2 merino warps, the m/m is skinnier and takes longer to weave. But the m/m works wonderfully with merino in creating that lovely shine/dull contrast, and I had far more m/m than merino, ergo the warp chains.

There were only two small cones of the blue m/m, so I wanted a black warp with blue stripes towards the sides, i.e. narrow black/narrow blue/wide black middle bit/narrow blue/narrow black. But I didn't want very skinny stripes so I made the warp just long enough for one piece, and hoped to figure out how many blue ends I could get, and then work out the rest. This being a short warp, I was going to tie it on to the purple warp. 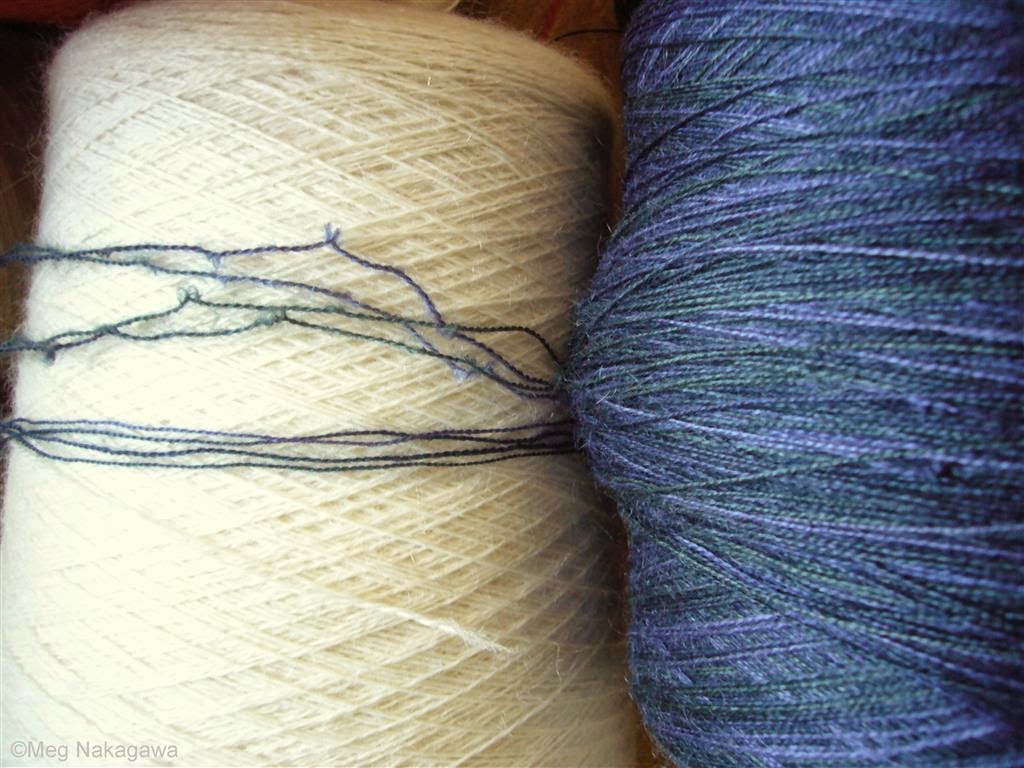 There was one more cone I wanted to use up, but decided against it. This cone came instead of variegated 100% merino I ordered, and when I inquired, I was told it was a discontinued yarn, "more expensive than the one you ordered". ??? It's very harsh, I hated their response, and I stuck it in the bottom back corner of the big wool box perhaps a decade ago; it only dawned on me yesterday this is worsted.

In fact, half the yarns I turned into warp were expensive "mistakes" from the two sources from whom I used to buy not small amounts regularly, whose products I promoted every chance I had. I'd forgotten, but dug up with the wool, these memories, but it's been good exposing myself to yarns I have, to take immediate action, an exorcizing of sorts. (I also got a whole bunch of some of the best weaving yarns in New Zealand from them, to be sure.)

Though I still don't know what to do with the worsted.

And while making the chains, I wondered if I could rework the lovely Lament draft using only black and white in the warp. Stripes aren't appealing on paper, (well, the screen.) Half-and-half, maybe, if I have a weft in the right gray. Or something else. 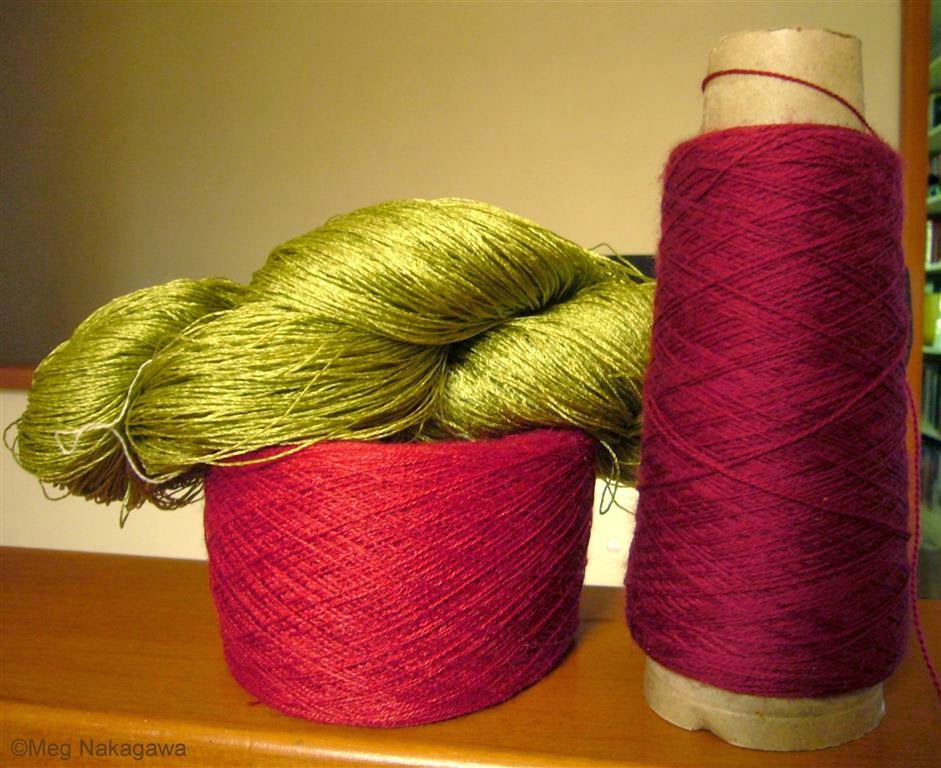 I've also been besotted by this color combo, (to which no photos can do justice, believe me, I've been trying,) but I don't have a concrete idea beyond loving the yellow-green Japanese silk with the red alpaca/silk, (slightly bluer, neutral red,) nor if I need the "support" burgundy merino for added interest. The lovely alpaca/silk was gifted to me by Judy a while back.