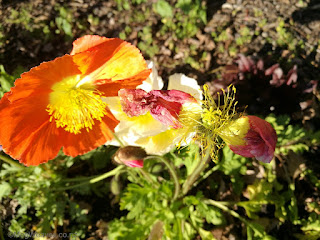 Day 14+1, September 1. 75 new; 74 AKL; one a household contact in WLG who previously returned three negative tests. Three!
Today was a weird day. I woke up after 9, and didn't get up until after 11. I wasn't sick, or even particularly tired, but I felt as if my spirit had left the planet. It was another lovely weeding day, that registered, but I didn't even feel guilty. The only thing I could manage was to gaze at a woven sample I'm meant to analyze. I listened to two Covid podcasts and watched the 1PM update, but other than discovering Chris Hipkins, (Minister for Covid-19 Response), is growing on me, I absorbed nothing.
Late in the afternoon, I had a shower and dressed ready to go into town. I wasn't sure if Ben would have the time, because one meeting seemed to drag on, but he said we could at the last minute. So briefly I broke the Level 3 lockdown rules and lingered in front of Volume for about seven seconds; completely non-essential, and would have lingered longer had it not been after hours and Thomas and Stella weren't getting ready go home, while Ben went to check our PO Box for the first time possibly since August 13.
Still so much traffic. But also, on odd moments, strangers wave and smile. So I guess we're OK. 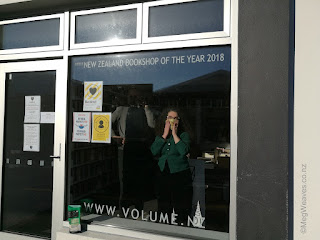 LOL. Busted! This is the photo I wanted to use for today's entry, but Thomas noticed the bag outside their window. Truth be told, I wanted to drop some limes and dried lime peels. But lingering sounded oh-so-much better. (And less rule-breaking.) Artistic license, I say. But I did stay long enough to get this one shot. Honest. 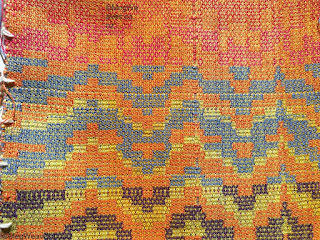 Day 14+2, September 2. 49 new, in Auckland, 736 in all; A: 720, W:16, but also 11 recovered, so 725 active cases. I haven't been paying attention to hospitalization and ICU numbers, but it is going up. Hospitals in Auckland are asking the regions to loan ICU nurses, and/or around 100 staff. This morning I noticed regular traffic noise around 5.30, then a plane, (I think, and not a helicopter,) just before 6; I couldn't tell if it was taking off or landing, but I imagined it transporting a nurse or three to Auckland. Also it transpired a positive case was on the run and at home for 13.5 hours last night, and he live-cast it on Facebook. Dear me, if he wasn't carrying Delta, it would be kind of funny.
That's it for tonight. I'm still working. 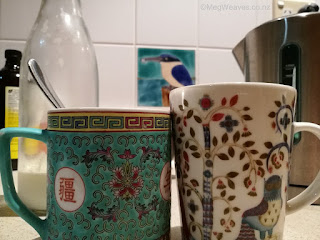 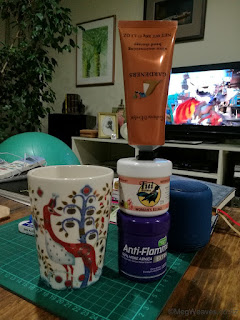 Day 14+4, September 4. New: 20, all Auckland; total active: 782, (A: 765, W: 17). But sadly, one death. And although hospitalization/ICU/ventilator numbers are low, it wasn't long ago that nobody was on the ventilator, but today there are seven. (Sorry my categories are inconsistent, but I'm copying what Radio NZ reports.)
It was another sunny, (too sunny, and not cold,) calm day. We got up late, and by the time we had coffee and ate, and I washed the dishes at a leisurely pace, it was after midday. So I stuck around for the 1PM because Radio NZ Live Blog said there will be a 1PM. Except there wasn't! And I really wanted to keep working on a Summer & Winter weave investigation I've been doing...
Gotcha! I did want to weave, and I wanted to bake, but I went outside and worked almost four hours. Four hours in the context of our outside is nothing, but I swept the driveway and sprayed it for green growth; sowed a few seeds, and dug up some self-seeded hellebore babies and planted in three different places. Plus four hours work doesn't tire me so if the spirit moves, if motivation kicks in, I can go out tomorrow with no hesitation. There is so much that needs doing and the soil is starting to get a little harder, though, so prognosis is terrible, but hey... 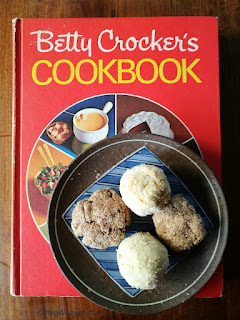 Day 14+5, September 5. New: 20, all Auckland; total 801 in this community outbreak, 721 active, 80 recovered. Or thereabouts. They're going to test a whole lot of folks up in Auckland to make sure Delta is not hiding. Vaccination numbers are up, too, mostly first timers, which is what they said they'll work on. There's more coverage of the terrorist today, name and quite a bit of details made public, unlike the Christchurch shooter.
Again, nice weather, but there were a few things we had to do. I had to kneed and prove our weekly spelt; marinade chicken that sat in the fridge salted for a few days; Ben wanted to make curry with beef that also sat salted; but most of all I had to do something with the thawed egg whites from yesterday. I would have made angel food cake, (Ben's favorite!) had I a pan or some kind of a mechanism to bake and stand it upside down, but I don't right now.
The second candidate was coconut macaroons, (not French macarons,) I swear I made as a teenager. However, my go-to book on all things nice from my Minnesota days failed to provide me with a recipe! I looked online, read a few, and made my own concoction. Although I used between 1/2 and 1/3 of the sugar, it's cloyingly sweet, and I think I put in too much coconut. So we now have cocoa- and lime-flavored Coconut Weirdos. At least we won't eat them as quickly as the last three batches of cookies.
By the time the Weirdos came out of the oven, it was past 3; I was exhausted, plus I really wanted to rethread the sample loom but I haven't decided how I want to rethread. So, yeah, I went outside and weeded the pots on the patio. I thought if I can get started, that'll give me an incentive to continue tomorrow, but I may have gotten almost half done.
The driveway I sprayed yesterday hadn't cleaned up as much as I wished; the patio needs spraying, too. Last night I "clicked" for more of the stuff, so Ben can "collect" on Wednesday. Interesting times. 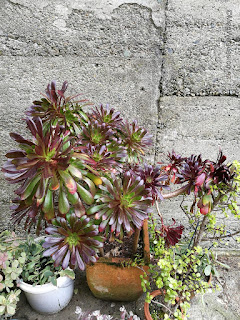 Day 14+6, September 6. 20 new, all Auckland; total community 821, active 726. In addition to a new black and white chart they used, we finally have a new page with graphs, to be updated daily. All regions except Auckland will go into Level Delta 2, slightly more restricted than the old Level 2, on Wednesday. Ben's Click & Collect's collect part at the hardware store isn't going to be that special/peculiar now.
Levels, though, eh. A few houses away, a family with small kids moved out, and another with older kids moved in in the last fortnight. This morning, I got a call from our electrician's receptionist, asking could they come tomorrow to deliver/install our new oven.
"But tomorrow is still Level 3," I said.
"We are allowed to work under Level 3," she said, "with proper distancing."
2m apart in our kitchen?? But this is a good company; she said it's OK if we prefer they came under Level 2. I said something to the extent, "You bet."
We bought the oven in early July; it arrived from Christchurch in early August; a young chap from the shop told us to come pick it up; we bought the deliver-and-warrant package, but any day the following week would suit; the shop didn't call until the Tuesday after the following week, but tomorrow, Wednesday, would suit. Except we went into lockdown that very Wednesday. So, you could say, hardly essential/urgent for us. Though Sparky might have thought we'd be desperate. I better clean it a little bit, though.
Forecast was rain, but as usual the sky looked "will it or won't it" all morning. I noticed one of the three of these guys was bent broken, so I cut it and stuck the good parts in pots. And then it started raining, and soon after, it was bucketing. And for the rest of the day we had heavy mist, light rain, sky falling, and a little bit of sun. 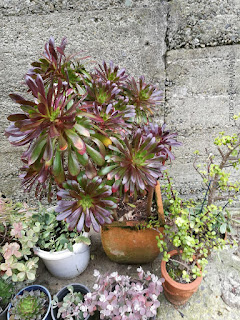 It looks a little lop-sided now, but we'll see how it goes; too many plants in one small pot anyway. 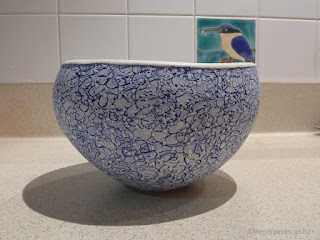 Day 14+7, September 7. 21 or 22 new, (unclear if one is community or border,) all Auckland; total community 841, active 694.The mood is all Level 3, even though until the end of today, we are still at 2. Ben had a minor adventure at the hardware store collecting the mould-fighter for the driveway and patio. He said it was excellently organized.
We also had another call from our electrician; with the level going down they are super busy, but our oven is coming in ten days, the same day Ben and I are scheduled for our second jabs.
Posted by Meg at 9/07/2021 09:00:00 PM