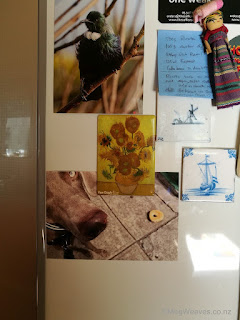 Meet my friend Gail's new puppy Bob; he's double-checking with her if he heard right, that she said, "No," to the bagel on the ground. I have Bob on my fridge at eye level, but I find myself commuting to the fridge often just to say "Hi". I'll go pin Bob pics around the house now. 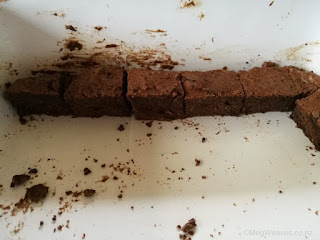 Day 14+7+16, September 23. 15 new, Auckland; 1123 in the cluster; 862 recovered. RNZ has left me to figure out the active cases, so I'm going with 261. All the focus now is on vaccination, although we've done really well in the 9-10 weeks we had the juice to jab non-special people; as of yesterday (?) 75% of eligible (over 12) folks had one, 40% had two. I remember two jabs was under 20% just before this lockdown, so the focus on first-one-for-everyone has worked well. And special thanks to Spain and Norway for letting us buy yours; I didn't pay attention to the details, but I understood e jumped queue and bought what was earmarked for you, and you get ours in due course; I know we're not allowed to call this a swap. Big shipments to arrive in October.
I am a product of a certain time and place, so I not only don't understand but have no patience for vac "hesitancy" unless you have potentially conflicting medical condition. (Don't get me started on medical professionals who refuse jabs.) I have been trying to develop/find sympathy, however, towards hesitancy by certain ethnic groups because of their colonized/left-out-of-the-system past. Some don't have transport, or Internet, (and without devices, knowledge, or a young person around, it's SO difficult to find information, let alone book/change appointments, a shortcoming of government led by "young" folks.) As well, vacs were initially given by age groups, and many of these groups have younger demographics, so they had a later start. I'm all for vaccine buses, jabs in schools, supermarket and fast food joints, (as long as they can do it right,) or home visits. Still, when TV adds and Jacinda ask, "Why are you getting the vaccine?" I was stumped/gobsmacked/aghast. Like we had a choice? Now there are  prizes ranging from bacon sandwiches to vouchers and credits for services. I give up; whatever it takes, just get the damn thing.
So I had a talk with my employer, and she said, "here, have a Brownie," perhaps forgetting I'm also the workplace Brownie maker. "Hey, not bad," I said, thinking a compliment wouldn't go amiss. Then headed back to the coalface. 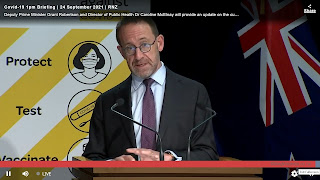 Day 14+7+17, September 24. 9 new, Auckland; 1131 in the cluster, 903 recovered. 228 active in a different article. RNZ keeps changing the way they show numbers, and categories included, the last few days, so, yeah... Northern Wakaikato joins the rest of the country outside Auckland, entering Level 2 this Sunday.
Today's update included Andrew Little, currently Minister of Health, of Treaty of Waitangi Negotiations, (return of land, compensation, etc, to Maori,) and a bunch of other portfolios. A trade union man and a straight shooter, I've always had a soft spot for him. He doesn't answer press questions with paragraphs of non-answers. He became the opposition/Labour leader in 2014, but seven weeks before the 2017 election, resigned, guessing correctly that Labour had a better chance with Jacinda at the top. Labour didn't have an easy win, but eventually did with coalition partners, and the rest is history. After getting used to the freshness of Jacinda, Hipkins and Robertson, Little looked distinctly "old school", even though chronologically he's only 5 years older than baby-face Hipkins, who is older than Robertson! Anyway, it was a good reminder how the face of New Zealand has been changing.
We had 30km winds this morning, but I wanted to weed and even put some seeds in, so I went outside in the afternoon. It was still windy, but not as bad especially where I planned to work. But it was sunny as heck and positively tropic; about ten minutes in, I started to feel light-headed, even though I only had an ancient cotton turtleneck so thin I only wear at home, underneath other stuff, (in this case, an apron.) I might wait a few days until either it cools down again, or I get used to this heat.
I sampled more and cut it off, washed, pressed, etc, and there are so many useful information in this tiny sample I feel a tad overwhelmed. All day I didn't feel like cooking, and wondered if our first post-lockdown takeaway is coming up. Ben just told me he's going to cook the steak and make kumura chips. I guess that'll do also. 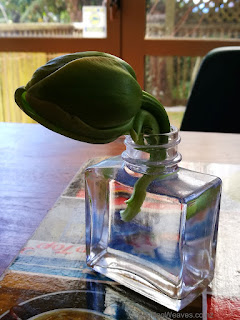 Day 14+7+18, September 25. 16 new, Auckland; 1146 in the cluster; 225 active, 920 recovered. Wasted time image-gazing online on a fairly good weeding morning/day. Also last day of Starship Galactica for us; I dreaded this day coming earlier on, but I'm good; Season 4 went downhill for me quickly. Also this is the spring short weekend where Daylight Savings deprive us of one whole hour.
The stem on this baby was breaking in two places, so we decided it's time to come on. I've never cut a tulip so young, so I'm not sure what will happen. 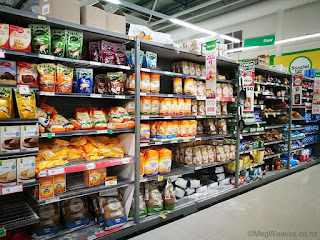 Day 14+7+19, September 26. 18 new, Auckland; 1165 in the cluster; 213 active, 951 recovered. We went to the supermarket for our weekly shopping, where most of the shelves looked normal, including flour, sugar and yeast. One might say Nelson is officially out of lockdown. A lot of cargo in general was supposed to have been stuck due to Auckland's closure, so I was feeling particularly appreciative that in our little town at the bottom of the planet, we're blessed to be faring rather well. Until we went to the check out. Goodness gracious me, the prices have gone up. Today's purchases were basic, veg, fruits, protein, no deli, no booz, no cosmetics, not even ice cream. I don't know how oldies on pension or people whose work situation has changed are going to cope! So, doubly appreciative we don't have to worry, for now, but rather worried in the long run. 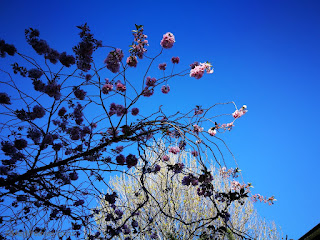 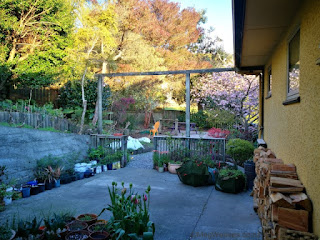