After having had enough of feeling sorry for myself, I set off to work. I wanted to weave, but early on yesterday, we were actually hearing hopeful news from the Pike River Mine, and I felt upbeat about the accident and wanted to stay close to the TV.  So I fringed. 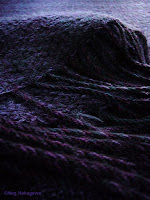 All afternoon I had pictures on the television and news on the radio going, but it wasn't until a little after 4.50PM that we heard about the second explosion.

Even though we had been told about the high levels of gas and the possibility of subsequent explosions from the onset, the brain listened but the minds were dreamily hopeful. I don't think I would be exaggerating to say many were expecting a replay of the Chilean rescue, perhaps not yesterday afternoon, but in a few days.

Mine accidents are tragic anywhere in the world.  If you are someone who prays, please include the 29 miners and their families in your prayers today. 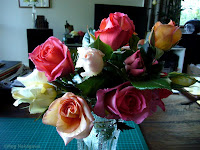