Sam and Annabelle's short interview was finally broadcast yesterday but it hasn't appeared in the download section; I'll repost when it appears, but the program is called Art Talk Nelson. Annabelle sold her big painting, too, so we are very happy.

After I posted the debrief, I vegetated for a day, then cleaned the house, put drawing materials away, did the laundry, but left a big pile of dishes and a basket-full of ironing. Came Thursday, Ben had a strange cold; he was in good spirits, but couldn't stop coughing, sneezing and his nose was running Coast to Coast. Surprisingly he went to see a doc on his own volition, where a lovely young lady doc said he should stay home at least until today. So for the last six days, we've been watching recorded shows and DVDs, making/eating/drinking soups, and he washed the first big pile of dirty dishes. (The ironing pile now obscures a small couch.) We missed a couple of days of braving torrential rain, (terrible flooding at the top end of the country, again,) and a lovely new event in town that started last year while I was away. Ah well, next year.

Residual attraction to watercolor haunts me. For several nights when I tried to sleep I had closeup moving pictures of watercolor spreading on and seeping into good quality paper. Lovely sight, but they kept me awake. But it wasn't a bad place to start putting together my kit for the mixed media workshops in Australia. Staying with the paper, based on color tests on scrap paper for the woven pieces I made, I'm going to make lovely of colors to cut/tear for collage. 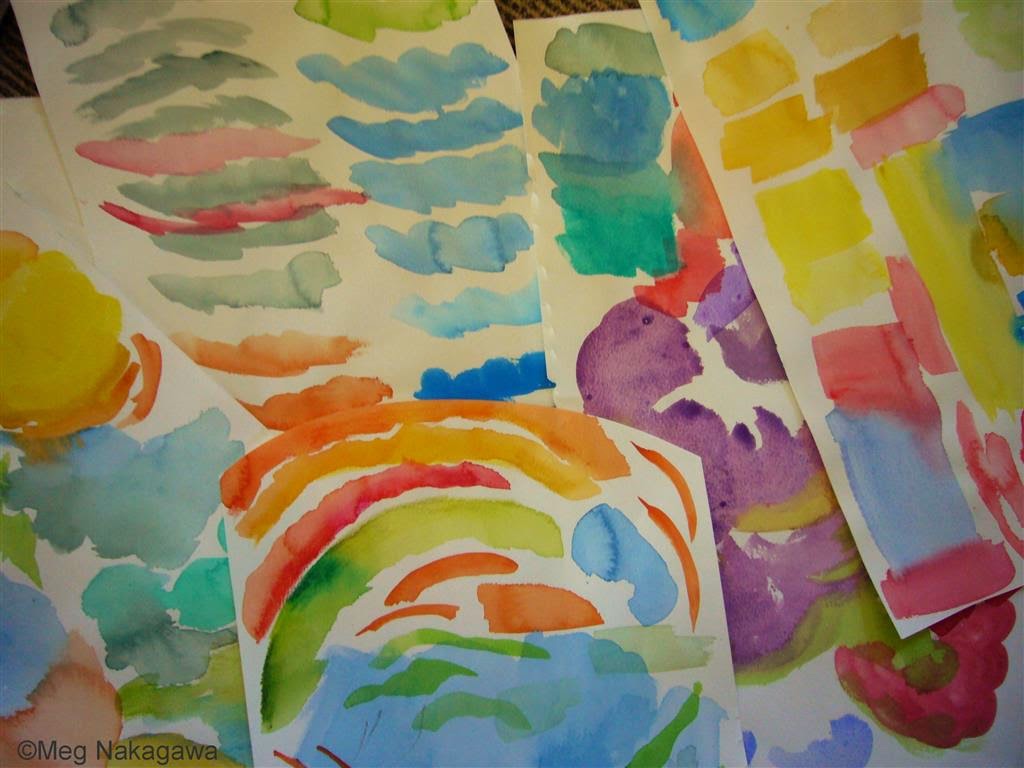 I have a strong desire to infuse meanings to the process and outcome of three workshops I'll take from Seth Apter; I don't want to exclude the possibility of the unexpected, but I'm trying to match themes like Dad, Ben, or Ben & Me (we'll have been married 25 years next April,) and my textiles to the most suitable workshop/project.

I learned while drawing/coloring for the exhibition that I work best starting out with perhaps one-third of the hues on the color wheel but with a variety of values/saturation, then add whatever later, so I'm also hoping to assign a base color scheme for each theme. I foresee a similar scenario with texture/material/media as too many choices confuse me, so I'm trying to concoct a loose aesthetic guideline for each theme, and collecting/selecting a deep but not broad range of material.

Ditto re. gazing at gazillion images online; I reached a threshold, so I've gone back to a handful of artists I've admired for decades, Nick Bantock, Gwen Diehn, Matisse, Dufy and Macke.

I've resumed Weavers and Designers work. I know I learned from this process because I felt more discerning while making stuff for the exhibition, but while reading the next chapter I also knew the exhibition experience is feeding back into my study. But if you ask me what specifically I learned, I can't tell you, but the exhibition gave me occasions exercise my study-knowledge, which over time morphed into instincts. Which propels my desire to learn more.

I took one book on drawing out of the library while prepping, and it was a good one so I thought I'd share it: "Creative Drawing" is by Howard J. Smagula, Laurence King Publishing, 2002. I didn't read much but gazed at the pictures, but it devotes a chapter to gesture drawing, which I understand is rare. And Howard posits gesture drawing is not as much about the model but about the artist, which is what I concluded after some years. It's not all about figure/life drawing, but looked promising as a textbook. 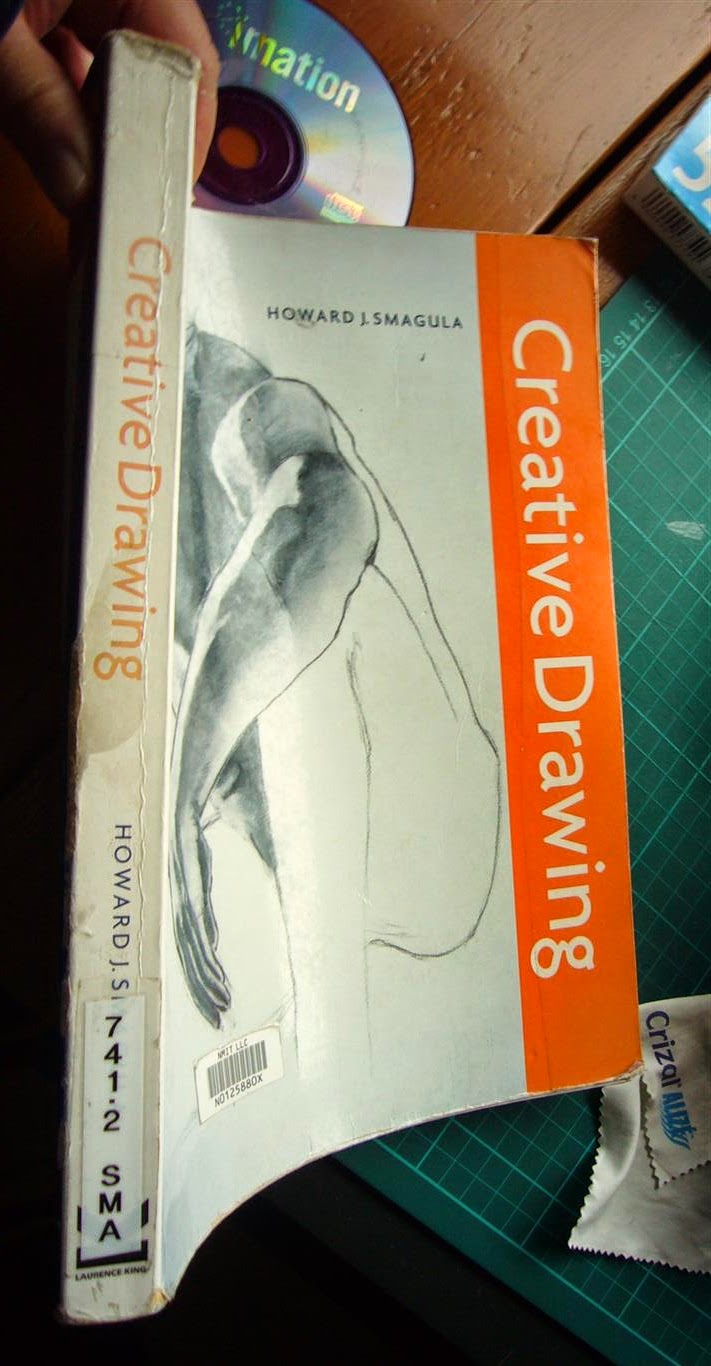 Although I burned a lot of firewood this winter, it's been a warm one as they predicted, and my orchids started flowering in late June, not late August as usual. Little green things are sprouting and growing all over, again, since late June; they look fresh and beautiful, but I can't help regretting I missed yet another winter of garden overhaul. Winter isn't over so I should stay on course, and Ben's taking time off after I get back from Australia, so there is scope for hope, but we did miss the boat with my exhibition and his arm problem. 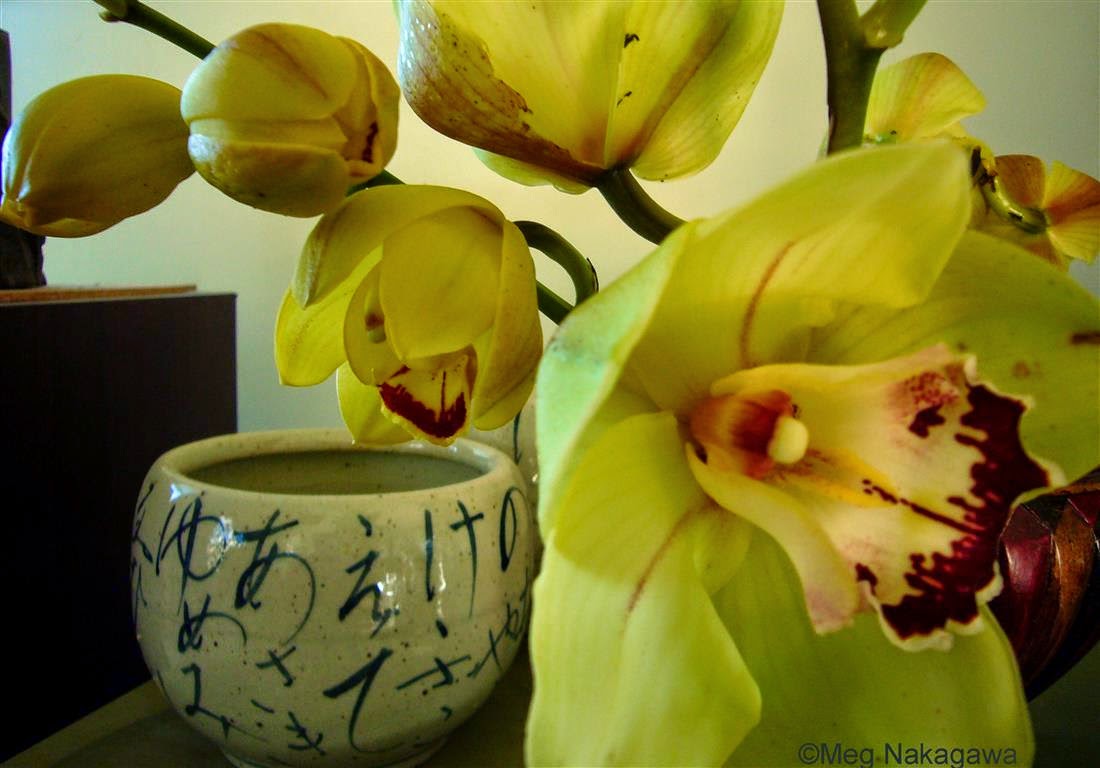 My hip is better but when I least expect it.. it... I don't know the correct English expression, but it turns into not jelly but cotton fluff and I have to hold onto railings/furniture/Husband/air, especially when I go up some stairs or after I've sat for too long. I wonder if this is how older prople fall?!

I'm still afraid of getting back on the loom bench since the current one is a sensitive warp requiring me to get off/on often, and I don't want to limp around the Eastern coast of Australia with a big-for-me suitcase. I'm fine, though, for most activities most of the time, so this morning I had an idea: chuck the To Weave Before Australia list and work in the garden. I'm working through the associated guilt this afternoon.

And I want to go Kayaking; I so wanted to go with these guys two weeks ago and they had the calmest water and crispiest sunniest day Nelson can offer. 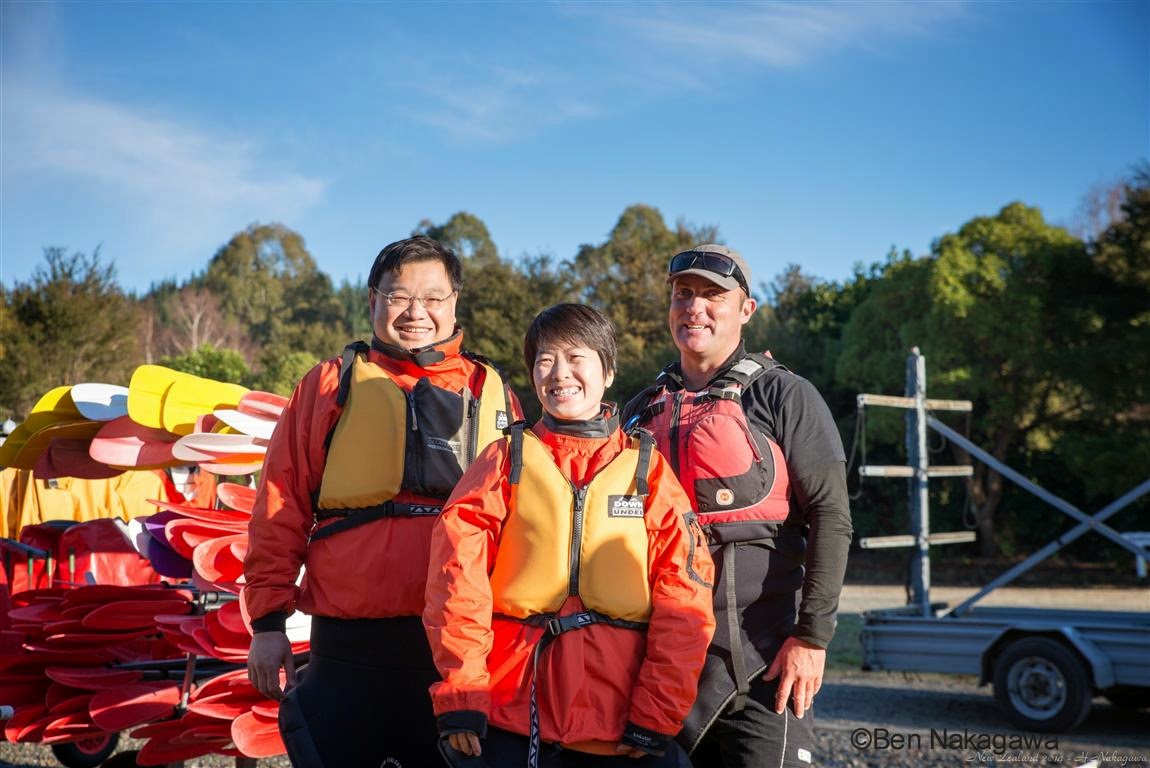